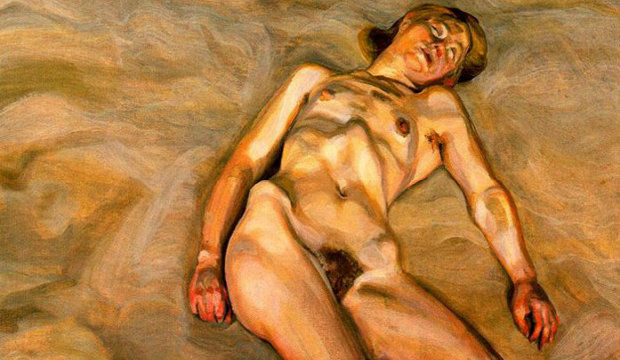 With jutting hips, a protruding rib cage, and a bush of jet-black public hair, Naked Girl Asleep I is one of the most jarring of Freud's explicit nudes.

Working from life, Freud scrutinised his sitters with an unforgiving, penetrating gaze. He commanded his models to pose, sit and lie in discomfort for hours on end. While Freud's nudes challenge convention, they expose his exacting skill and artistic eye.