Emanuel Almborg: Learning Matter, Whitechapel Gallery Emanuel Almborg: Learning Matter, Whitechapel Gallery Hailey Wendling
Like it or not, machines and the endlessly evolving new technologies entwined around them are now as much part of our lives as food, air and water. Without them, modern existence would be unthinkable. Or would it? And is that such a bad thing, anyway? Upcoming Swedish artist Emanuel Almborg has been focusing on the interaction of the new in a world inhabited by one of its oldest machines, the human being.

Almborg, based in Stockholm and London, is fascinated by notions of society and its limits, and his favoured mode of expression is art-documentary – collaged sequences of film, often archival, and still images.

Recent years have seen him exhibit in Berlin, Paris, Chicago, Kiev, Athens and Barcelona – as well as Stockholm. London, especially the capital’s east, has long inspired his work, and this new show, Learning Matter, at the prestigious Whitechapel Gallery, marks the culmination of a renewed investigation into ordinary people and their interaction with the inanimate objects on which we depend.
After studying fine art in Stockholm, Almborg spent two years at that conceptual art hot-house, Goldsmith’s College, London, graduating 10 years ago and exhibiting widely ever since. 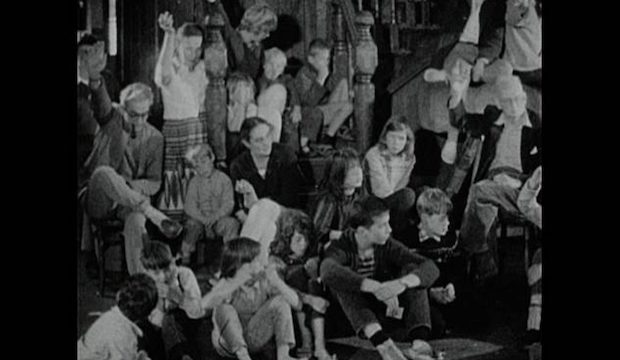 For Learning Matter, Almborg has collated and curated the responses of local children, aged eight to 10, to ideas of everyday technology, incorporating them into the new work. With Learning Matter, Almborg will also be showing two recent films throughout the show, both of them, again, deploying young pupils within exceptional educational institutions as a pathway to exploring the broader question of what it means to be human in the 21st century.

One film, 2013’s The Majority Never Has The Right On Its Side, has at its core the extraordinary ‘free’ school, Summerhill, in Suffolk, which was founded in the 1920s to offer children a liberal, non-authoritarian environment for learning. Almborg’s other film is last year’s Talking Hands, which makes use of archival material from a deaf-blind school in Moscow.

A new outlook for a new world – don’t miss.