The darling of Fashion photography gets a solo show

A new Juergen Teller exhibition, Juergen Teller: Go-Sees, Bubenreuth Kids and a Fairytale about a King, comes to Alison Jacques Gallery this winter

TRY CULTURE WHISPER
Receive free tickets & insider tips to unlock the best of London — direct to your inbox
Teller is recognised internationally for this trademark 'heroin-chic' style. His use of unconventional down-and-out locations, including construction sites, street corners and derelict houses, as well as his use of unusual-looking models and insistence upon story-telling catapulted him to international fame in the 1990s.

Working hand-in-hand with then-partner Venetia Scott, Teller spearheaded a movement that challenged the world's preconceptions of fashion photography. The duo developed a new art form that was in direct contrast to the status-driven aesthetic of the Eighties.

With innovation came success. From a 68 year old Vivienne Westwood naked on a couch with her legs spread eagle and Victoria Beckham in a shopping bag, to a Kate Moss cover-shoot in 2010 and intimate portraits of Gisele Bündchen, Teller has photographed the crème de la crème of the British fashion industry.

And now, you have the opportunity to invest in a real-life Teller. This winter, London's Alison Jacques Gallery presents its first solo exhibition of photographs by Fashion's most provocative storyteller. The current exhibition comprises photographs from three bodies of work: the artist's seminal 1990s Go-Sees series; Enjoy Your Life! Junior, a recent collaboration with Bubenreuth Primary School in the artist's hometown in Germany; and a photographic essay depicting a modern fairy tale about the newly appointed Editor-in-Chief of British Vogue, Edward Enninful – a boy who became a king.

Framed by the doorway of Teller's studio, the Go-sees – the industry term for model meetings before they are officially cast – show his subjects in many beguiling guises: shy, confident, hopeful, disengaged, energetic, relaxed, and in casual clothing.

Transgressing the fine line between art and fashion photography, Teller's portraits, as with all of his work, have not been retouched. They are masterful in their own right.

Don't miss the rare opportunity to see Teller's work in the flesh. 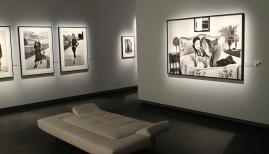 Fotografiska London to open in 2018 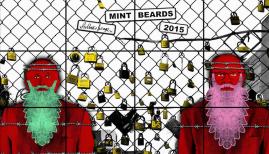 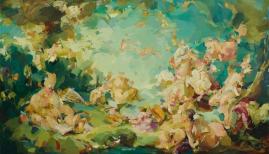