2 CW readers are interested
Helene Schjerfbeck, Royal Academy, review 4 Helene Schjerfbeck, Royal Academy, review Emily Spicer
Helene Schjerfbeck (1862 – 1945) is one of Scandinavia’s best-known artists, but her fame never reached British shores, despite the fact that she lived in Cornwall for a number of years. But hers was a prodigious talent. She was admitted to the Finnish Art Academy’s drawing school aged just 11, making her their youngest ever student. Her early work in the 1880s took inspiration from the artists of the French Salon, and her confidence with paint is remarkable. A portrait in profile of two friends, made when she was 19, is so assured that it appears to be the work of an artist twice that age, with buttery paint that so effortlessly captures their rosy skin and the light shining on their their fine hair.

Schjerfbeck made what is possibly her most well known painting seven years later while living in an artists' colony in St Ives. The Convalescent (1888) depicts a young girl, leaning forward on a wicker chair, wrapped in a blanket, her wispy hair tousled into a succession of cowlicks. She is placing a sprig of rosemary into a china cup, her gaze fixed intently on the task in hand. This is an image of recovery and a nostalgic, even sentimental portrayal, that we can all relate to. 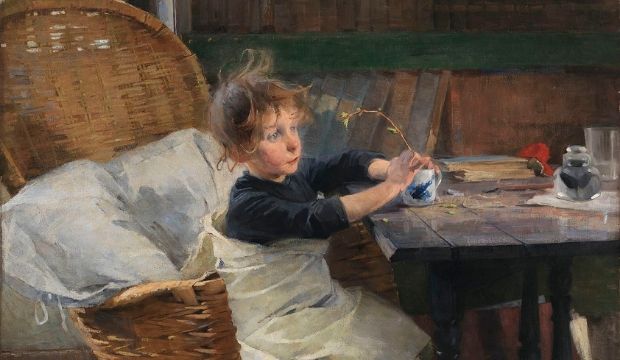 She may have been sentimental about others, but she was certainly not precious when it came to her own image. Over the course of her life, Schjerfbeck painted numerous self-portraits, each keenly observing her ageing face until it looks – in 1945 when she was dying of cancer – as though she is decaying in front of our very eyes, melting into a ghost whose features are barely there. While these paintings are rather shocking to look at, they bare testament to her irrepressible spirit. 'Dreaming does not suit me,' she once said. 'To work, to live through work, that is my path.'

As these late portraits illustrate, Schjerfbeck's style changed hugely throughout her career. She was influenced by the Pre-Raphaelite artist Edward Burne-Jones and the American painter Whistler, among others. Although she shunned comparisons with the latter, a portrait of her mother sitting in profile clearly references Whistler's own. She painted her mother several times, but each image hints at a strained relationship. In letters written while she was caring for her, she complained of the burden, and how difficult it was to make the art that they both relied on for income. 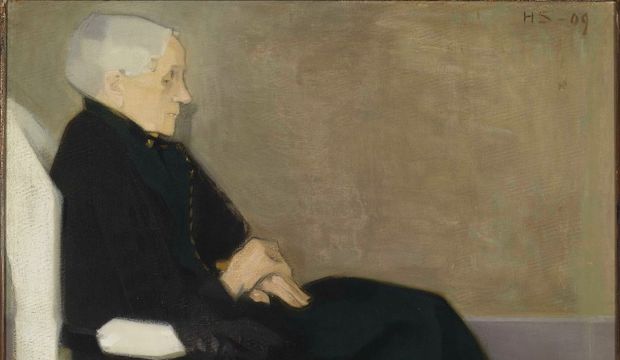 Schjerfbeck's approach to painting changed with the times and she was very much interested in the fashions of the day. She subscribed to Marie Claire and her portraits, loosely based on real people, were painted to reflect influences like Chanel's paired back, androgynous look. There's a whiff of Modigliani here, and she looks back to El Greco, too. But these images take on a shallow quality that does little to hold the gaze.

As the exhibition progresses if peters out somewhat. It's difficult to know whether this a curatorial issue or whether Schjerfbeck just got stuck in rut, sticking doggedly and unimaginatively to portraits and still lifes, when her early work showed such promise. Still, this exhibition is worth a visit, as there are some real gems dotted throughout.