On the day originally earmarked as the date for Britain's exit from the EU, Grayson Perry's Brexit vases go on display at the Victoria and Albert Museum 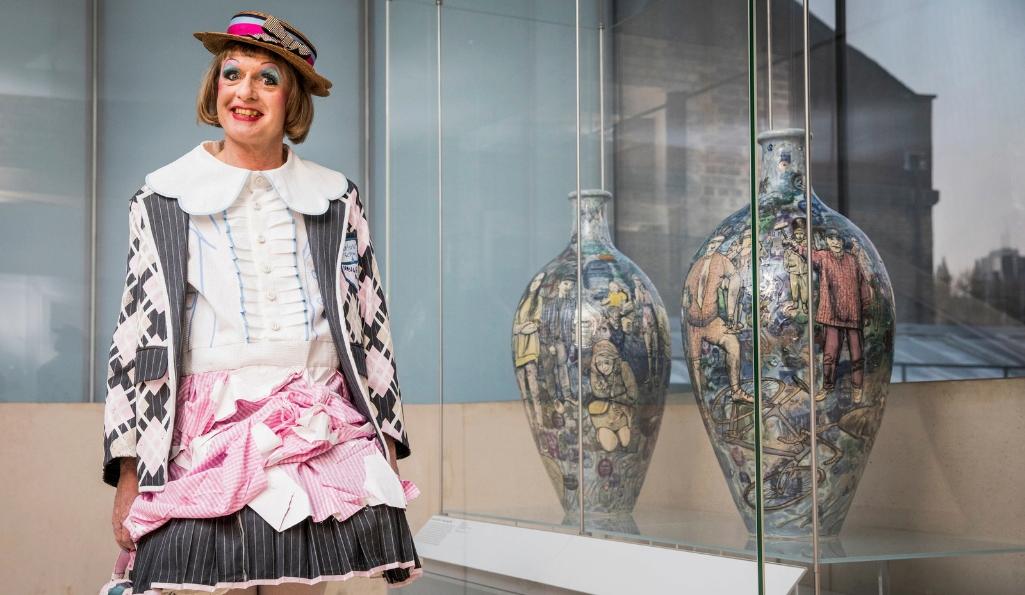 Grayson Perry's Matching Pair
Two of Grayson Perry’s vases, each standing over a metre tall, are going on display on the day originally scheduled for Britain’s departure from the EU. The ceramic works, made in collaboration with the general public and using sourced images from Facebook and Twitter, explore the two sides of the Brexit debate.

One vase is decorated with icons favoured by Brexiteers, such as Nigel Farage, Winston Churchill and the Queen while the other is adorned with images close to the hearts of Remainers, including Barack Obama, Gandhi and Shakespeare. ‘I first wanted to address what felt like a huge rift in British society, caused by something that no one seemed that bothered about a few years before the vote,’ explains Perry.

There is some common ground between the two sides, however. Teapots, Marmite, the seaside, pubs and the colour blue make these works, which are decorated with Grayson’s drawings and transfer-printed photographs, look extremely alike, so he called them Matching Pair. ‘The two pots came out looking remarkably similar, which is a good result, for it shows that we all have much more in common than that which separates us.’