Corrida de toros, mythology and an ancient Iberian bloodlust – this London show places Picasso in the context of the land of his birth

Spaniard Pablo Picasso is inseparable from his homeland. The world's most famous modernist may have pioneered a new way to speak visually and across the world, but his work is Spanish through and through. An exhibition at Gagosian Grosvenor Hill, Minotaurs and Matadors, plumbs Picasso's sense of national identity, pitting his radical vision against the ancient mythology and traditions of Spain.

Bullfighting is now a deeply contentious topic, but Picasso was passionate about the sport. La corrida de toros inspired within him a sense of the ancient, and the instantaneous. It was pure drama – not the touristic, postcard-ready flash of the toreadors.

And yet, there is something more. 'His bulls are real bulls.' Picasso became the bull, the quarry; the snorting beast – the man to gore tradition through the heart. 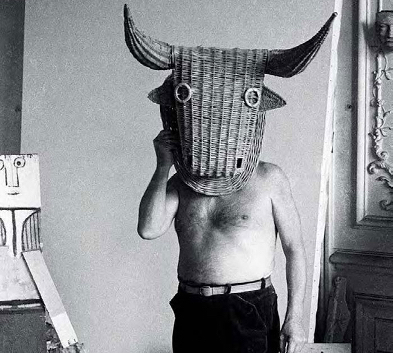 This spring, Gagosian examines the intersection of Picasso's bullfighting imagery with his mythological and biographical compositions of the 1930s. Comprised of paintings, drawings, prints, ceramics and film, this exhibition presents the character and spirit of Spain alongside its craggier mythology; toreador meets minotaur. The exhibition, in Mayfair, central London, includes 120 works, most of which are from private collections.

Among the rarely seen works is Le Petit Picador, all the more remarkable since Picasso was just 15 when he painted it. The composition whispers of Picasso’s nascent equine fascination, which would become most developed in his anti-war Guernica.

'It is amazing to see all what comes out of that early image. We haven’t got anything else from that date, it was something he always hung on to. It is fascinating to see what came out of it.' So says Picasso’s friend and biographer, Sir John Richardson.

Discover Picasso's myths and monsters – and decide which of them are self-portraits, after all.