This exquisite exhibition at the V&A invites us into the opulent world of Carl Fabergé and his London clientele and reflects on the grand and final days of Imperial Russia.

But it is the one-of-a-kind pieces made for the Romanov family, the retelling of the extraordinary craftsmanship and design and the display of 15 exquisite Fabergé eggs that are the highlights of the exhibition.

Peter Carl Fabergé was born in St Petersburg in 1846. The son of a jeweller, he embarked on a tour of Europe to immerse himself in the history of goldsmithing. On his return to Russia, he applied his newly acquired knowledge to run the family business. His elegant and whimsical creations captured the imagination of his customers, including the Imperial family, the Romanovs. They became his most important patrons. The works that he made for them have been described as the 'Last Flowering of Court Art' reflecting the spirit of the final days of Imperial Russia.

The first section of the exhibition highlights the important patronage of the Romanov family and how Fabergé's creations played a significant role in their lives. Fabergé's jewels, portrait pieces and other miniatures would be often be gifted within the family. 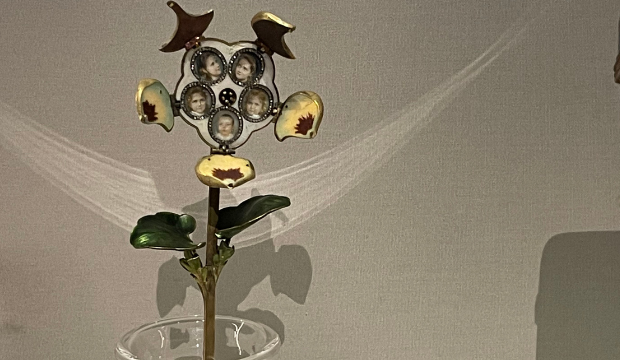 Emperor Nicholas II gave Empress Alexandra this Fabergé Pansy study for their 10th wedding anniversary in 1904. The petals unfold to reveal portrait miniatures of their five children encircled with diamonds

Diamond-encrusted tiaras, necklaces and cigarette cases hint at the opulent, glittering lives lived by their owners. Look out for the bearded figure of the Cossack bodyguard to the Dowager Empress, who stands seven inches tall.

Creating a culture of creativity throughout his workshops, Carl Fabergé’s restless imagination inspired daring material choices and designs, while the integration of designers, craftsmen, and retailers under one roof galvanised creative collaboration.
The nurturing spirit of Fabergé is shown in the work of one of his best-known female designers, Alma Pihl. Some of her most innovative and enduring works are on show including a scintillating ‘ice crystal’ pendant made from rock crystal, diamonds and platinum. 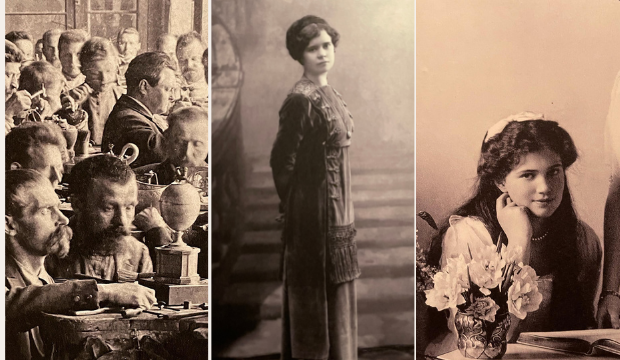 The exhibition culminated with the display of 15 Imperial eggs, some of them never shown in the UK and it is hard not to be stunned by their spectacular beauty. The 'egg tradition' started with Tsar Alexander III who first gifted his wife an Easter egg made by Fabergé. On his death, his son Nicolas took up the tradition, gifting his mother and wife specially commissioned eggs every year, giving free-rein to the jeweller, requesting only that the eggs contain a surprise within. 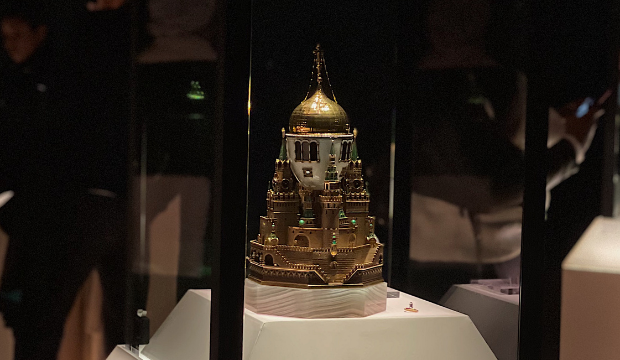 The Alexander Palace Egg, featuring watercolour portraits of the children of Nicholas II and Empress Alexandra – and containing a surprise model of the palace inside – takes centre stage alongside the exquisite Mosaic Egg, designed by Alma Pihl only three years before the dynasty crumbled.

Following the October Revolution, the House of Fabergé was seized by the Bolsheviks and Carl and his family were forced to flee Russia. Carl died two years later in Switzerland, reportedly having never recovered from the shock of the revolution and the grisly assassination of the Romanov family. But his unrivalled craftsmanship lives on and this exhibition provides a window into an era of wealth and opulence in both Russian and Edwardian England. 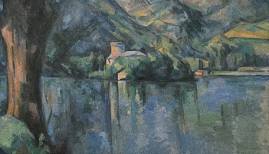 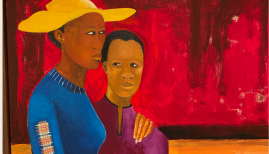 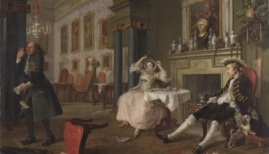