A giant thumbs up! Get to know 'Really Good': David Shrigley takes over Trafalgar Square's empty Fourth Plinth this autumn

Originally built in 1840, the plinth was intended to hold a statue of William IV, but stayed empty for 155 years until 1999, when it was decided that it would host a rolling programme of temporary artworks.

We can't wait to see Shrigley's offering. In a world flooded with serious and high-minded conceptual fine artists, the Turner Prize nominee's art fizzes with an irresistible gallows humour. 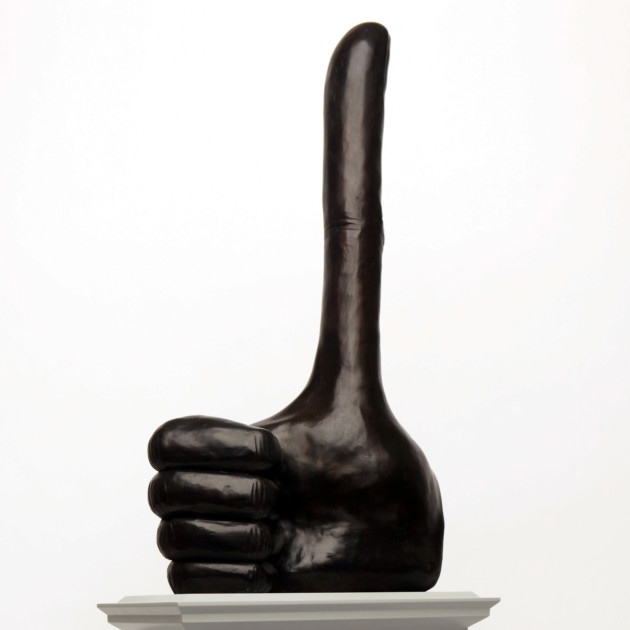 He's best-known for his cartoons, drawn sloppily with a black felt-tip - complete with crossings-out and misspellings. These deadpan scribbles have appeared in broadsheet newspapers, books and magazines as well as galleries. But Shrigley also makes installations, takes photos and sculptures - one of which comes to Trafalgar Square next month.

'Really Good' is intended to make people smile, as so much of Shrigley's art is.

"As an artist," he says "you have to feel your art makes the world a better place and you have to believe that quite sincerely, otherwise why would you make it? On the one hand it is kind of ridiculous to suggest that this giant sculpture will bring an upturn in the economy. At the same time, maybe it isn't. I mean it lightheartedly, satirically, sarcastically maybe – but I kind of believe it as well."