The Arctic is a place that really plays on the imagination. Plunged into darkness in the winter and transformed into the land of the midnight sun in the summer, this region of ice and of polar bears, of northern lights and reindeer herders, is a magical and perilous place, a place that 2 million people call home. But, scientists predict that the Arctic will be ice-free in just 80 years, a terrifying statistic that has serious ramifications for all of us, but the cultural and social impact on Arctic communities will be immense. The British Museum's exhibition will look at how indigenous peoples, from Scandinavia to Greenland, will be effected and how they have coped with dramatic changes in weather in the past. 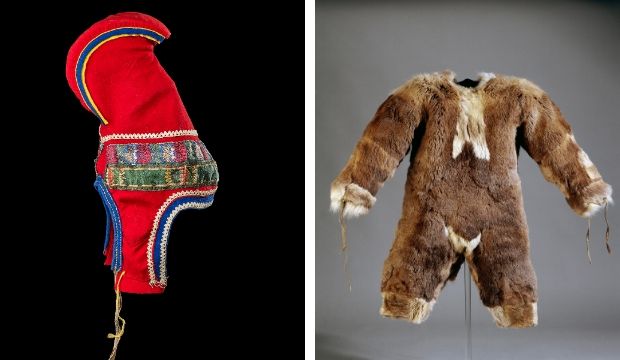 In order to survive, Arctic peoples put everything to use; nothing goes to waste. This exhibition includes a bag made from fish skin, a sled made from narwhal and caribou bone and an Evenki spirit mask, carved from a 17th century Russian Orthodox icon. There is also a selection of artworks commissioned especially for this exhibition, including an Inuksuk (an imposing monument of stacked stones) and an installation by the art collective Embassy of Imagination, who will present traditional clothing crafted from Japanese paper.

This exhibition hopes to highlight the human impact of climate change in those regions most vulnerable to its effects, while also bringing to life the diversity and resilience of the communities who call the Arctic their home.