In and Out of Warhol's Orbit: Photographs by Nat Finkelstein, Proud Central

Finkelstein spent three years as photographer-in-residence at Warhol’s infamous Silver Factory, an early incarnation of what became known simply as the Factory. Here, he captured the comings and goings of the era’s most celebrated artists and musicians before falling-out with Warhol, whom he had first met while working on a commission to report on the burgeoning Pop Art movement for Pageant magazine. A selection of the images he took during this period are on display at Proud Central and many have become iconic.

Finkelstein was fascinated with counter-culture and was somewhat of a non-conformist himself. He aligned himself with radical political movements and underground drug cultures, which got him into hot water with the government. When a warrant was issued for his arrest he fled to Asia, travelling the Silk Road and supporting himself financially by smuggling hashish. On his return he took up photography again, experimenting with new technologies. In the 1990s he photographed artists and musicians involved in the international rave scene.

In and Out of Warhol's Orbit at Proud Central includes some of the biggest stars of the New York art scene of the 1960s, with images of Brian Jones, founder of the Rolling Stones, Bob Dylan and Edie Sedgwick, the woman who became known as Warhol’s muse. Sedgwick’s short life was a tragic one, plagued by drugs and drink and, like Finkelstein, she would eventually be rejected from the artist’s inner circle. Here, she sports her trademark eye makeup – a wide-eyed gamine with a pixie bob.

Finkelstein's images from this time tread the line between photojournalism and fine art. Included in this exhibition are rare vintage and signed prints from of Warhol and Sedgwick. 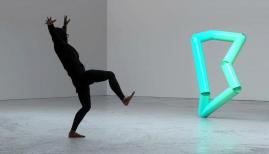