Above and Beyond, National Maritime Museum

How we wish we could be kids again this May half term: “It is likely that the first person to set food on Mars is in school now” is the first thing we read when we descend the stairs of the Royal Maritime Museum and, really, this exhibition is all about inspiring the next generation.

Deliberately aiming at children aged 7 – 14, before they have to choose their GCSE school subjects, a visit to this guide to space could be the first small step an aspiring astronaut might take before the next giant leap for mankind.

In collaboration here with Royal Observatory and NASA, the Above and Beyond exhibition is touring countries across the world. It’s slick and professional as well as dark- with each simulator lit up like an arcade - and it’s got a big, glitzy gift shop. 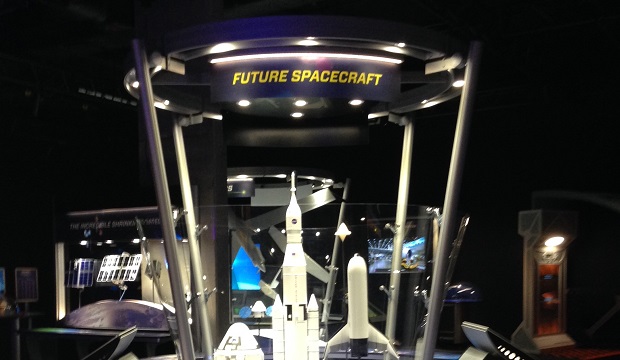 The technology is surprising and brilliant. There's one exhibit where sensors identify little arms so children can help a bird fly by flapping your own ‘wings’ and another where you can hit objects around the room in a zero-gravity simulator. Families can try se themselves transported into a refrigerated sleeping pod before they go to Mars with the help of a camera, or take an elevator to an international spaceport with the help of a CG film. 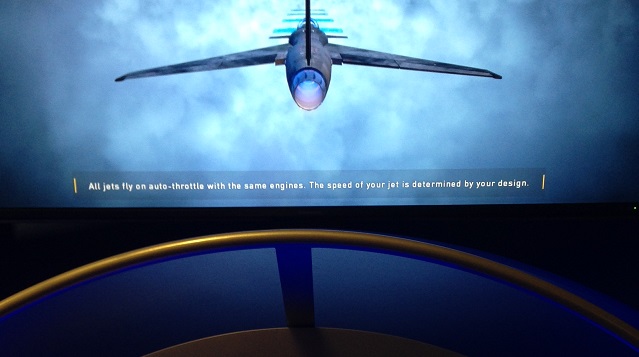 We felt like Buzz Lightyear visiting the arcade at pizza planet, all wide-eyed and wonderful. Except, any science-fiction fanatics should stay at home: everything is scientifically accurate and the vocabulary of space is wonderfully quotable: “looks like your roboflyer pollinated the berry crop- we’re one step closer to farming on Mars”.

The scale of the exhibitions and concepts behind them are dizzying. Discover models of nanosatellites the size of After-Eights, designed to orbit larger satellites as they obit earth orbiting the sun, videos explaining the concept of solar electric propulsion, which allows spacecraft to travel monstrous distances and 3D printed tools from Made in Space, so astronauts can knock together a set of shelves on the ISS.

There’s scientific wonder, but there are also noble aspirations: a video shows interviews with current beta fighter jet testers and engineers. They talk about their childhoods spent playing with Lego, or at space camp. There’s also a nice ecological slant, with one interactive display a fun cleaning up space simulator, where you compete to zap debris and make it onto "an elite squad of space junkies."

Brilliant, mind boggling, and infinitely more fun than six months in a refrigerator bound for Mars. We thoroughly recommend taking the children to the National Maritime Museum this half term.

Above and Beyond is recommended for ages 7+.