For those who didn't see it (which should have been all of us), season one of Versailles followed some over-sexed men in wigs talking dirty to wolves in a forest, fighting over velvet shoes and rolling around in orange juice (read our review of season one). And now it's back on BBC Two.

Described by some, who have surely never seen the programme, as a 'sumptuous' drama depicting the 'decadent and turbulent reign of Louis XIV', Versailles is meant to tell the the tale of the Sun King (aka English actor George Blagden) as he battles with his court.

This season, we're promised a high-profile poisoning (sadly not of the writer) and the consequent highly coveted vacancy in the King's court. A heavily pregnant Madame de Montespan (another Brit, Anna Brewster) is on a rampage causing trouble and Louis' brother, the widower Philippe (Wales's own Alexander Vlahos) 'cannot be allowed to remain single'. Meanwhile, Philippe's exiled lover Chevalier (Canadian Evan Williams) has returned home, which almost sounds like a conflict of interest, but no doubt they'll find a way to make it dull.

Louis XIV's reign was an opulent, fascinating period in European history. But trust us when we say season one managed to take all this promising raw material and give us nothing in the way of tension, intrigue or, frankly, even vague interest. We don't hold out many hopes for season two. 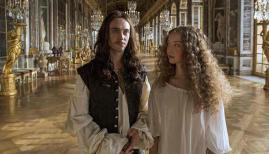 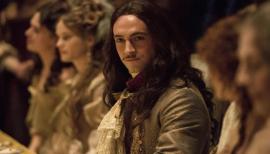 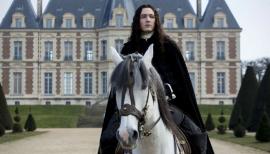