1 CW reader is interested
Vanity Fair episode 3 review 4 Vanity Fair episode 3 review Helena Kealey
ITV's luscious period adaptation, we proclaimed last week, marked the dawn of a new age of Becky Sharp. Transformed by the sands of time from 'social climbing minx' into a 'millennial pin-up, struggling against a cruel system with a wry, unflappable nature', we celebrated and cheered for Olivia Cooke's incarnation of Miss Sharp, as a brave woman fighting against a repressive, classist, sexist, English system.

TRY CULTURE WHISPER
Receive free tickets & insider tips to unlock the best of London — direct to your inbox
She appeared, we thought, a woman ahead of her time – sharing joke after joke about the ludicrousness of her world with the audience, as she shot the camera knowing little looks, like Phoebe Waller-Bridge in Fleabag.

Oh dear. Episode three in this Sunday night drama, and William Thackeray's protagonist is showing her true colours – and they are more like the conniving colours painted for her in the original novels than we had thought they would be following the first two episodes. Becky has climbed just high enough to start punching down. Which she thoroughly enjoys. Ouch.

Having ingratiated herself with the rich Miss Matilda Crawley (Frances de la Tour – whose performance is so sharp and sour it's like biting into a lemon), the cruellest mishap befalls Becky. The Lord of the Manor, Sir Pitt Crawley (Martin Clunes) with his £4,000 a year, gets down on one knee and asks her to marry him just days after she secretly married his son Rawdon Crawley (Tom Bateman). It's one of those rare times we're privy to some genuine feelings: her eyes moisten, her knees buckle, she sits with her head in her hands. What a waste.

As the new Mrs Crawley and her husband embark on a campaign to be forgiven by Miss Matilda (and her jingling pockets), Becky's hapless friend Amelia is rescued from poverty by Johnny Flynn's buttoned up Dobbin – who shivers with unrequited love like a nervous chihuahua – as he enables Amelia and her fiancé to be reunited. It is, as Thackarey reminds us at the start of each episode, a world in which everyone is striving for that which is not worth having.

A vibrant wardrobe, a cast of good humoured comic actors (shout out to Matthew Baynton and Sian Clifford in particular, whose dour demeanours are extremely funny) and some quick editing make Vanity Fair an excellent Sunday night drama that deserves an audience. But there's no denying that the modernised Becky, gallantly fighting against a rigged system, becomes more and more distasteful the better she does. It was always thus, perhaps. 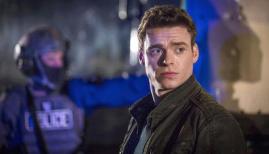 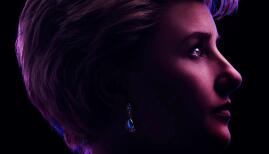