Up to date: Britain’s favourite dating show enters the twenty-first century with an LGBTQ+ special this weekend

Exceptionally, this weekend’s episode of the programme, which was revived last month after a 14-year hiatus, will not feature a gentleman as its prize catch. Rather, it is Alice, 29, an eligible bachelorette and Celine Dion superfan, who will select her paramour based on their answers to three questions.

The savvy update is a step in the right direction for the show, already a British cultural heirloom. And it couldn’t have come at a better time: this Saturday, thousands of Londoners will hit the streets in what has historically been one of the world’s biggest Pride marches. The episode also coincides with the end of Pride Month, capping what has been an especially resonant set of celebrations: 2017 marks the fiftieth anniversary of the decriminalisation of homosexuality in the UK.

Whether or not dating shows are your cup of (LGB)tea, it’s encouraging that people of many different genders and sexual orientations are increasingly afforded much-needed public recognition.

Near, far, wherever you are – tune into Channel 5 at 7pm to catch LGBTQ+ history (her-story?) in the making. If this looks too trashy for your taste, have a browse of the best TV shows to watch this July. 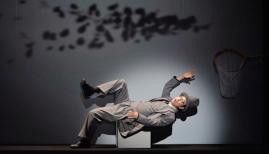