In episode 4 of Park Chan-wook's adaptation of John le Carré's The Little Drummer Girl, Charlie (Florence Pugh) has to perform for her life

After building up for three episodes, Kurtz’s (Michael Shannon) fragile wheels are delicately starting to turn and the operation is moving forward. As if to highlight this long-awaited turning point for the series, our favourite Man with Many Names (Alexander Skarsgård) states to Charlie (Florence Pugh): ‘I need to give you the final part of the fiction’.

Charlie is back in England, specifically in a trailer park somewhere in Somerset, waiting for the terrorists to make contact. After Joseph or José or Gadi (Skarsgård) teaches her the last piece of backstory, two interrogators come knocking on her door. Now, her performative talents are put to the ultimate test. 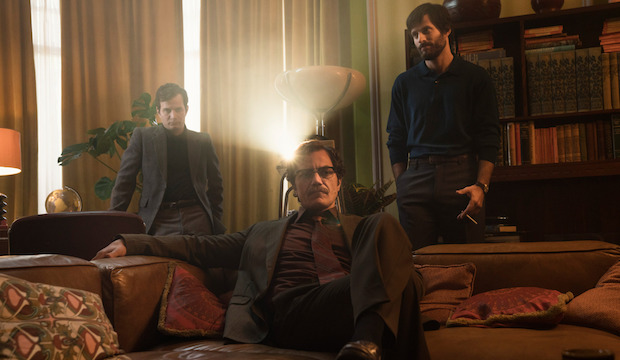 It’s easy to see why a film director, Korean director Park Chan-wook in this case, would find this story and these characters so appealing. Each player in the story seems to represent a different job in the filmmaking process.

Kurtz is the Producer, the head of the film they’re trying to create. Gadi is the Director, guiding his Star and Protagonist Charlie through the story – teaching her to react in a certain way, especially when certain questions are put to her. Gadi even deliberately holds back certain bits of horrific information so, when Charlie finds out herself, her reaction will be genuine – a common method in directing.

And what’s the process of making a movie, if not to produce something that feels genuine for an audience? The only difference is that the audience in this case is a band of Palestinian terrorists, and they will kill if they realise it’s only a movie. 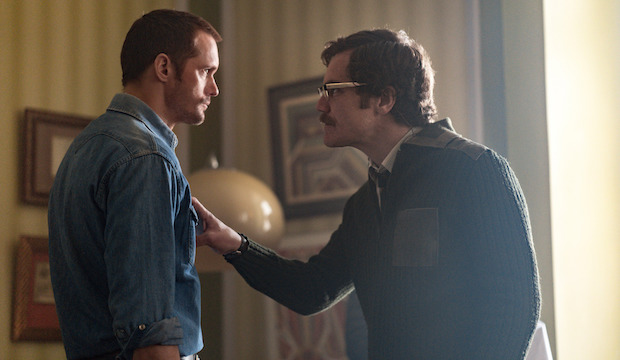 This elevates the intensity of each scene, with the interrogation between Charlie and the terrorists being among the best scenes in the series. Pugh is excellent at maintaining that seemingly impossible balance between real acting and fake acting, which is exactly the balance that Gadi wants the character to have.

Though, as is perhaps the intention, it’s sometimes hard to trust her reaction to anything and the same goes for Gadi. Are any of their idiosyncrasies genuine? Are we seeing Charlie the actor, Charlie the terrorist, or Florence Pugh herself? Towards the end, we think Gadi’s mask is starting to melt and we’re seeing the man for who he is. Or is this another trick?

After an underwhelming build up episode last week, this is a quick and exciting return to form for The Little Drummer Girl. A series of six episodes is still unconvincing (four might have been sufficient), but if the concluding two episodes promise to build drama, action, and camera technique, we’re looking at a thrilling finale.