Downton Abbey in a hotel? The Halcyon on ITV is the Second World War drama for all the nation's mums

1 CW reader is interested
The Halcyon, ITV The Halcyon, ITV Helena Kealey
You'll have heard about The Halcyon on ITV by now. It spent the first week of its life being marketed as the new Downton Abbey, just like every other period drama ITV has seen since 2015. 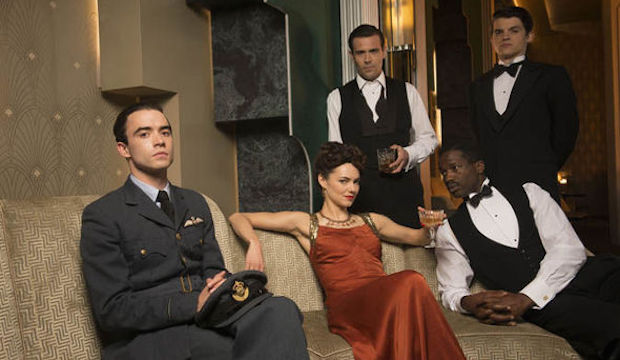 Unlike all the others (some good, some bad, only one absolutely terrible –Tutankhamun) The Halcyon genuinely had the essential components that had been stuffed into Downton Abbey. The Halcyon is a period drama following a dysfunctional aristocratic family with a brood of unhappy, weird children; it features a load of servants fostering unlikely and inappropriate feelings towards the mentally challenged aristocrats; and is set during a world war, so there's lots of bombs going off all over the place and plenty of men sporting sexy uniforms and limps.

However, unlike Downton Abbey, The Halcyon is actually good. Sure, most of the storylines are deeply irritating, and plots involving love between aristocrats and servants should be banned, unless you're Charlotte Brontë. And yes, there are ridiculously uptight, angry women like Lady Hamilton (Olivia Williams) who are almost as annoying as Lady Mary. The men are just as self satisfied and dressed in tuxedos (looking at you Lord Hamilton, Alex Jennings from The Crown).

But nothing is quite as silly as it is in Downton Abbey and all the better for it. Expect to find confused and lonely young people who smack one another in the face, champagne glasses galore and that clash of hedonism and duty that results in a period drama full of sex, drama and guilt -- all without making you want to smash your head in the TV until your brains drip out of your ears.