A mysterious car crash, a cryptic voicemail and a whole lot of nonsense: Strangers on ITV

1 CW reader is interested
Strangers, ITV review 3 Strangers, ITV review Intern Culturewhisper
There is so much good stuff on TV this autumn. So much. You'd struggle to see all of the genuinely excellent stuff out there, even if your entire job was watching each new series and having opinions on them (cough, cough).

So, the good news is that you can scratch Strangers on ITV off of your list of 'must-watch' autumn TV. And the bad news is that is because, althoughStrangers has a great premise, there's one too many plot holes to make an entirely convincing watch.

TRY CULTURE WHISPER
Receive free tickets & insider tips to unlock the best of London — direct to your inbox
The eight-part thriller, written by screenwriting duo Mark Denton and Jonny Stockwood among others, begins well: with a crying woman driving down a dusty mountain pathway near to Hong Kong, sobbing her way through a last goodbye, before having a bone-shaking collision with a lorry. It's no Bodyguard, certainly, but there's tension and atmosphere and intrigue. All the good stuff.

But then, a few minutes in, we get our first taste of nonsense. The crying woman's husband Jonah (John Simm) is called out of a lecture hall by a man who inanely stands at the top of the auditorium and announces to the room of students that something has happened.

Sometime after receiving the shocking news of his wife's death, Jonah is driven to the airport and swallows a valium en-route to help him cope with being on a plane. What? Have you really never gone through check-in before Jonah? It takes hours. That little valium is going to render you unconscious whilst you're trying to navigate your suitcases through the little x-ray machine.

At any rate, Jonah eventually arrives in Hong Kong and is taken by Sally Porter (Emilia Fox) to identify the body. At the police station / morgue Jonah sees another man looking at a picture of his wife. A tense wait outside the station gives Jonah some unwanted answers: this unimpressed, emotionless man from the police office has been married to Jonah's wife for twenty years.

Great. A bit of intrigue. But, like, why were both men there at the same time? And why did the police decide to speak to one of the husbands in a glass interrogation room with A4 pictures of the dead men's wife? This man was apparently married to her for 20 years, so he probably knows what she looks like.

By the time we made it to the end of the first episode, we had questions. Some of them juicy, enticing questions about the dead wife's lives and her spiky daughter (played by Harry Potter's Cho Chang: Katie Leung). But mostly our questions were: what's happening, why would he do that? Even a good performances by John Simm and Kae Alexander weren't quite enough to win us round. 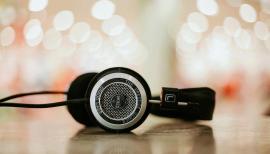