In the hallway, unseen and alone, their young son Robert eavesdrops, absorbing the malice in his father’s embittered speech.

TRY CULTURE WHISPER
Receive free tickets & insider tips to unlock the best of London — direct to your inbox
It’s 2003 and we’re back at the Melrose’s miserable French mansion. Now it’s a hospice for terminally-ill Eleanor Melrose and a holiday home for Patrick, his wife Mary and their sons Robert and Thomas.

Instead of David Melrose’s bullying presence bearing down on the house, it is in the insidious grip of a smug spiritual healer called Seamus. After flattering an ailing, guilt-ridden Eleanor into giving up her home to his Healing Foundation, he has no qualms about taking over the whole estate. 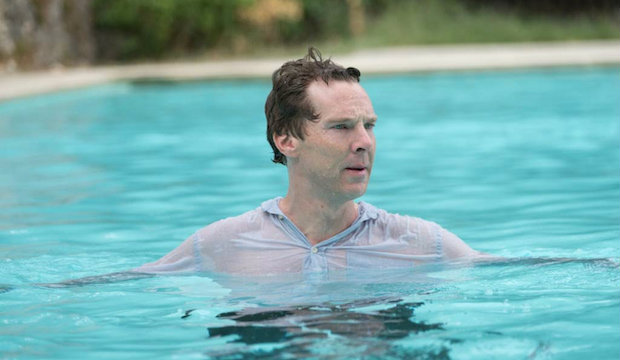 It’s toe-curlingly funny watching Patrick dismiss and deride this namby-pamby imposter. Throw in a visit from former flame Julia and overbearing mother-in-law (played by an effervescent Celia Imrie) and there are plenty of piquant put-downs to make you splutter.

But as Patrick’s withering witticisms are fuelled by wine, whiskey and more wine there’s a queasy sense of inevitability. Benedict Cumberbatch shows us a man blinkered by fury at being disinherited, and infected by his own mummy issues. We see the loneliness and boredom of the fatigued father mingling with the recklessness of the recovered addict.

An attempt at jovial play with his son is freighted and fraught. Pinched, pained facial expressions convey the jealous Patrick feels towards the squirmy toddler taking up his wife’s sympathy and his own space in the marital bed. And the only relief lies in inebriation and infidelity.

Just as you start to despise this self-destructive figure, flashbacks to a desolate young Patrick trigger pangs of pity. Director Eward Berger instills the haunting impact of the past into the whole structure of the episode: first a return to France is shaped by childish regression, then a return to America is wrapped up in hedonistic relapse.

But as Robert Melrose roams the same spaces frequented by his father forty years before, noticing every indiscretion and imperfection, we are more concerned by the threat of an infected future.

Click here to read our reviews of Patrick Melrose episodes 1, 2 and 3. 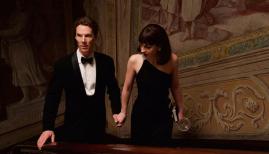 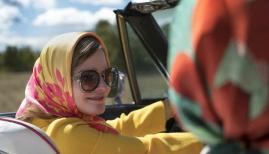