A year of amazing TV awaits you. Here are the highlights (that we know of) set to come to our screens in 2018 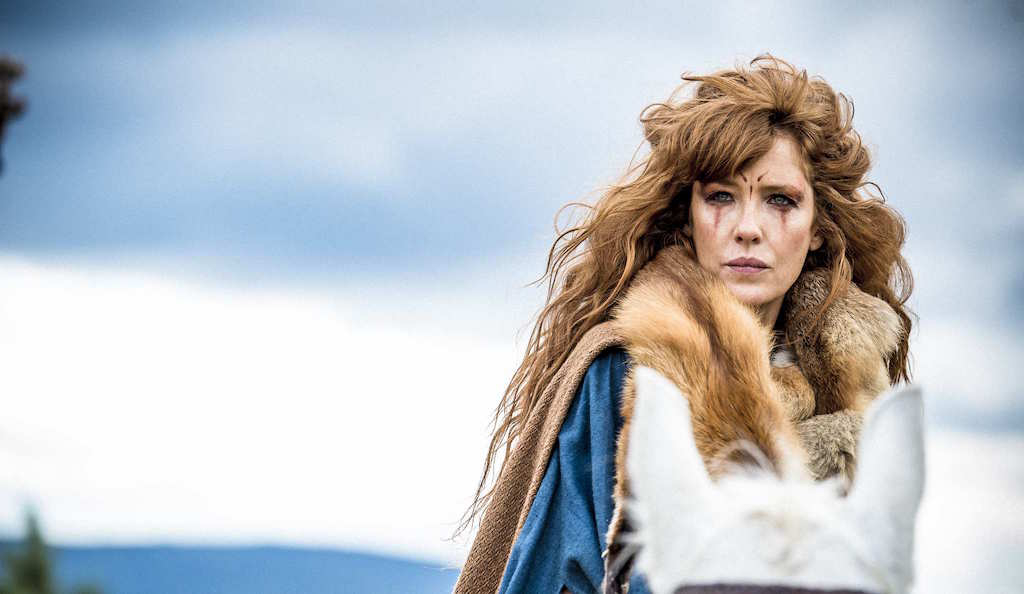 Britannia is set to become the epic TV show of 2018.

It’s 43AD and the Romans are invading: they’re here to crush the Celtic heart of Britain. The nine-part series follows the power struggle between the Celts, Druids and Roman army. As well as the big battle scenes, the drama is psychological. Imperial fighting prowess is pitted against the forces of the underworld as Druids claim to channel the supernatural. 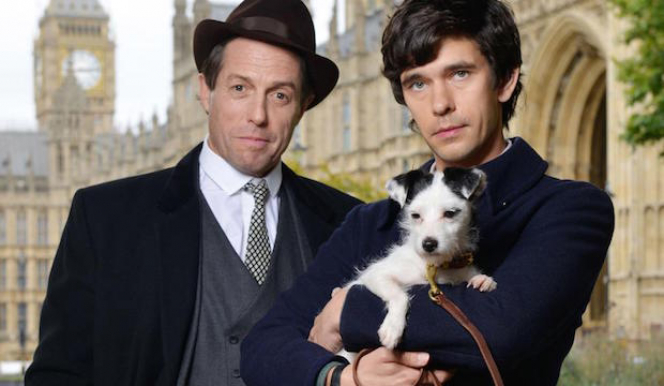 A Very English Scandal, BBC One

Hugh Grant and Ben Whishaw star in the three-part BBC One drama A Very English Scandal about a murderous MP.

An extraordinary story, elegantly written into a book of the same name by British author John Preston, A Very British Scandal is the real-life tale of the urbane, charismatic public figure who, after a chance meeting in early 1960s, commenced in sexual relations with a young man then called Norman Josiffe (he later changed his name to Scott).

We can't wait to see Grant back on the small screen!

Read more ...
WHEN
Air and date times TBD
WHERE
BBC 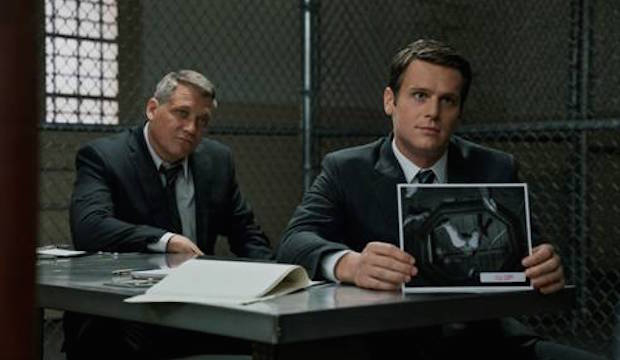 Starring Jonathan Groff and Holt McCallany, Netflix's psychological thriller is based on the 1997 crime thriller by John Douglas (on whom the dissenting FBI agent, Agent Jack Crawford, from Silence of the Lambs' was modelled), and stole the hearts (and er... minds) of subscribers.

Season two is going to be a big topic next year 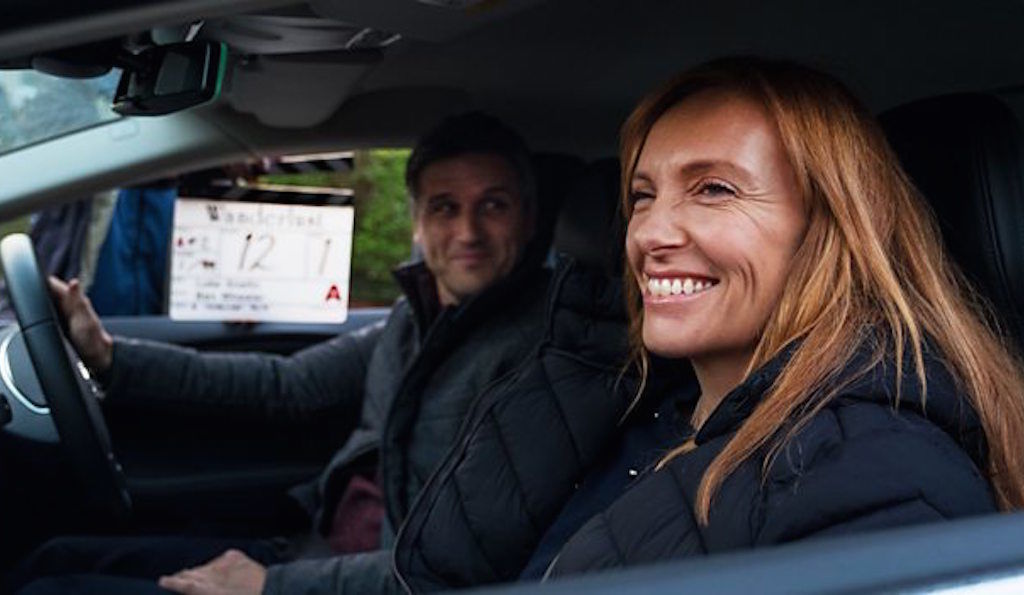 Wanderlust, a new six-part BBC drama, will be putting these questions and many more under the microscope. The show has been scripted by one of the leading lights of contemporary theatre, award-winning playwright Nick Payne.

Read more ...
WHEN
Air and date times tbd
WHERE
BBC One 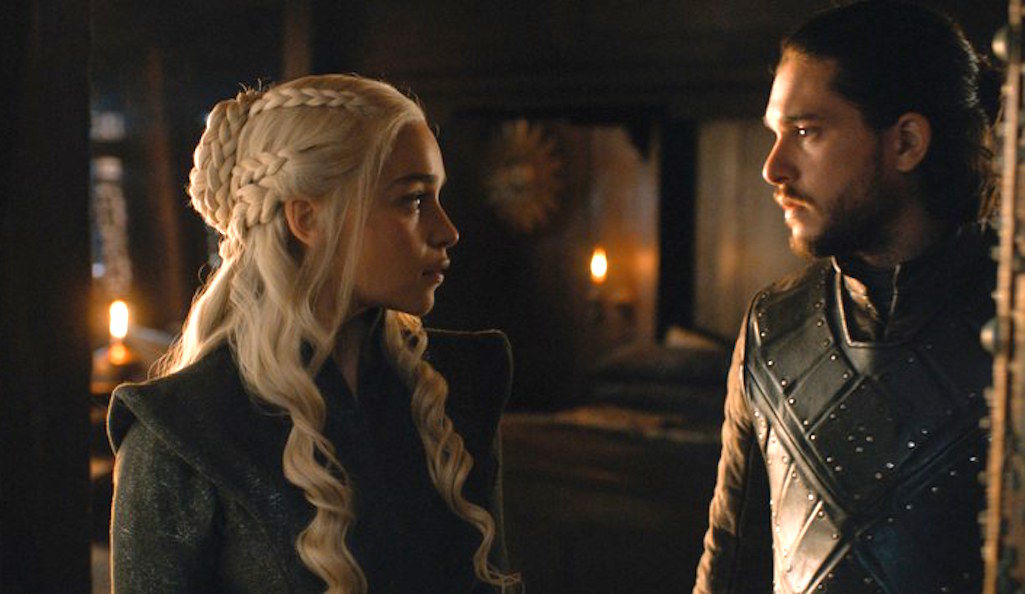 The final season of the TV phenomenon Game of Thrones is set to come out this year – or at least we hope so. There's been some speculation that the final season won't be out until 2019.

Winter is finally here. Who is going to finally going to sit on the Iron Throne? We have so many questions. 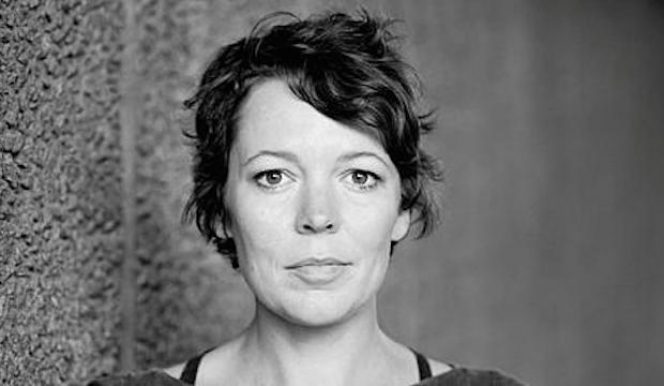 British actress Olivia Colman – famous and adored in Culture Whisper towers following her appearances in Broadchurch, Fleabag is to star as Queen Elizabeth in season three of The Crown.

Season two of The Crown was another spectacular season for the American streaming series. Expectations will be high for the new cast next year. 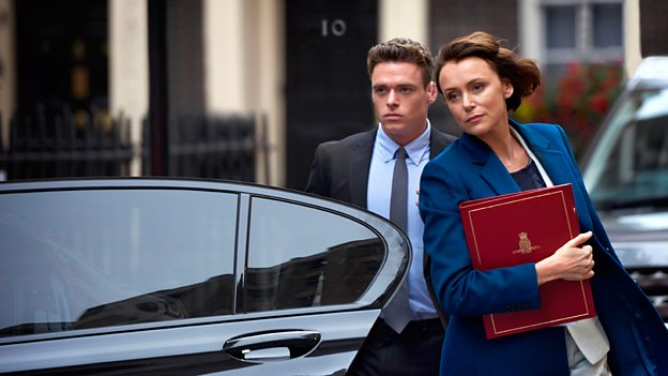 Could you protect the woman whose politics you hate? New drama from the BBC, Bodyguard stars Richard Madden and Keeley Hawes in a six-part drama written by Jed Mercurio.

Read more ...
WHEN
Air and date time TBD
WHERE
BBC One
BBC One 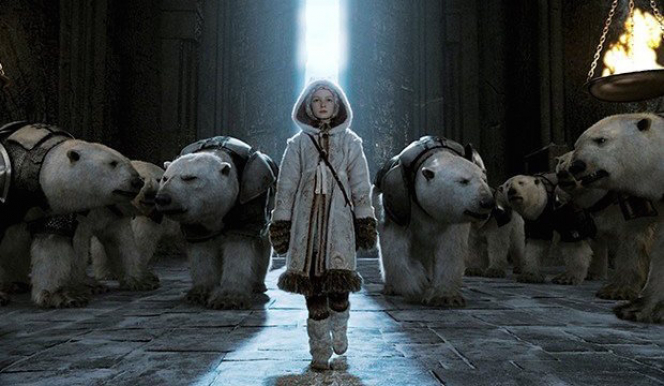 Despite being announced back in 2015, Philip Pullman's beloved trilogy didn't arrive on the BBC this year. There was some speculation that the show wouldn't make it to our screens at all, and that Pullman fans would have to be satisfied with the release of La Belle Sauvage – the latest book in the Dark Materials' world – for their fix.

But, fear not. Although the arrival of the show has been cloaked in secrecy, the writer behind Harry Potter (no, not J.K Rowling but Jack Thorne, who co-wrote the script for the Cursed Child) has confirmed that he's still working on – and perfecting – the project. But finger's crossed, we're hoping it's release will be this year.

Read more ...
WHEN
Air and date time TBD
WHERE
BBC1 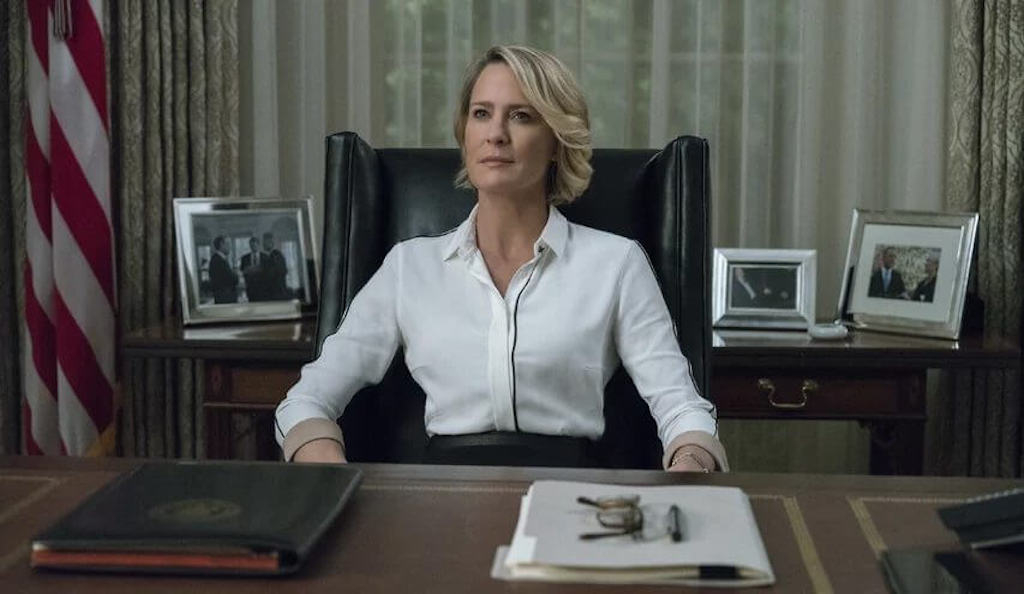 A woman is finally moving into the Oval Office in the latest season of the Netflix Original show. The fierce Claire Underwood, played by Robin Wright, is taking over as president in the show's sixth season from her mean, scheming husband who was toppled for the top spot in season five.

The news has come after much speculation about how the drama would continue without star Kevin Spacey, following allegations of sexual harassment that have been levelled against the actor.

Read more ...
WHEN
Air and date times tbd
WHERE
Netflix 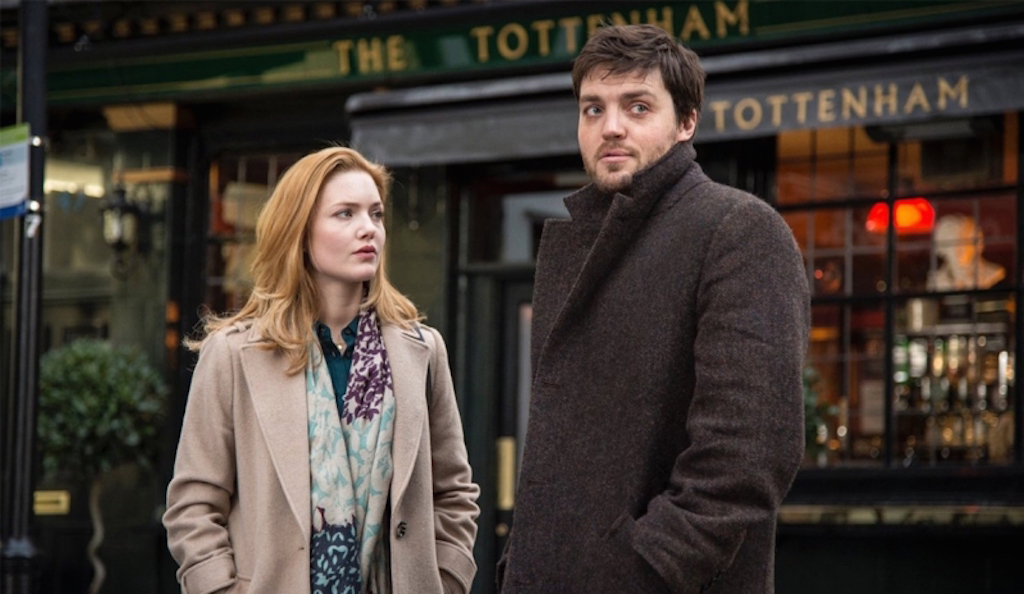 The Cuckoo's Calling, BBC One

The final instalment of the BBC's three-part adaptation of J.K Rowling's murder mystery series The Cuckoo's Calling (written under the pseudonym of Robert Galbraith) comes to the BBC this year.

Sticking closely to the original novel, the mini-series offers up a tender, often funny whodunit with the tantalising drip, drip of sexual chemistry and excellent acting to-boot.

We fell in love with the first two instalments. Read our review below.

Read more ...
WHEN
Air and date time TBD
WHERE
BBC1 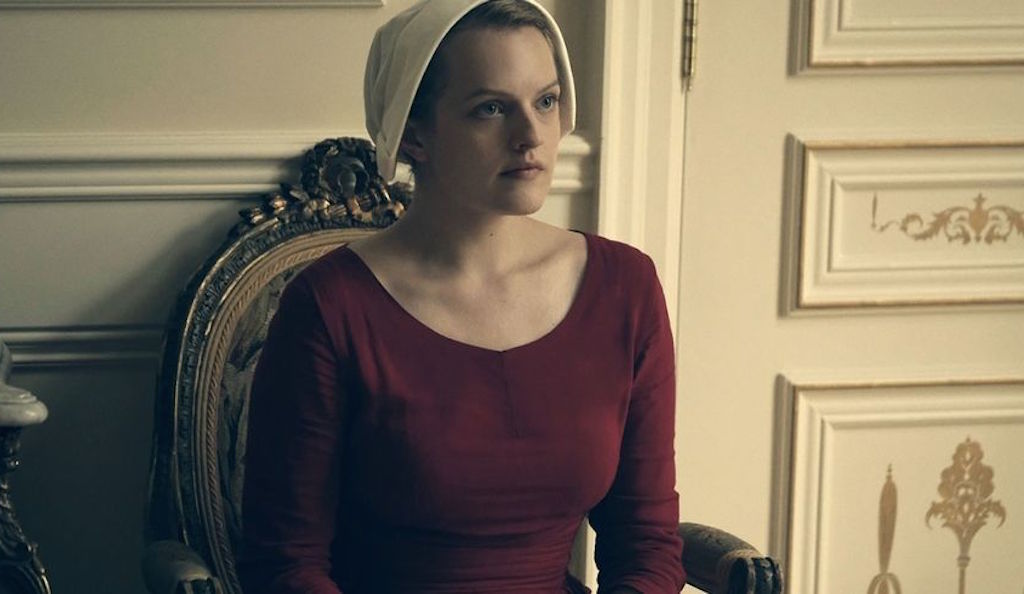 The Handmaid's Tale season one was arguably the best TV show of 2017. Margaret Atwood, who wrote the novel the TV show is based on, never wrote a sequel, which means season two takes the story outside of that imagined by the Canadian author.

Atwood is said to be heavily involved in season two and will be returning alongside director Reed Morano. All signs look good for another extraordinary TV show that makes us think twice about ourselves. 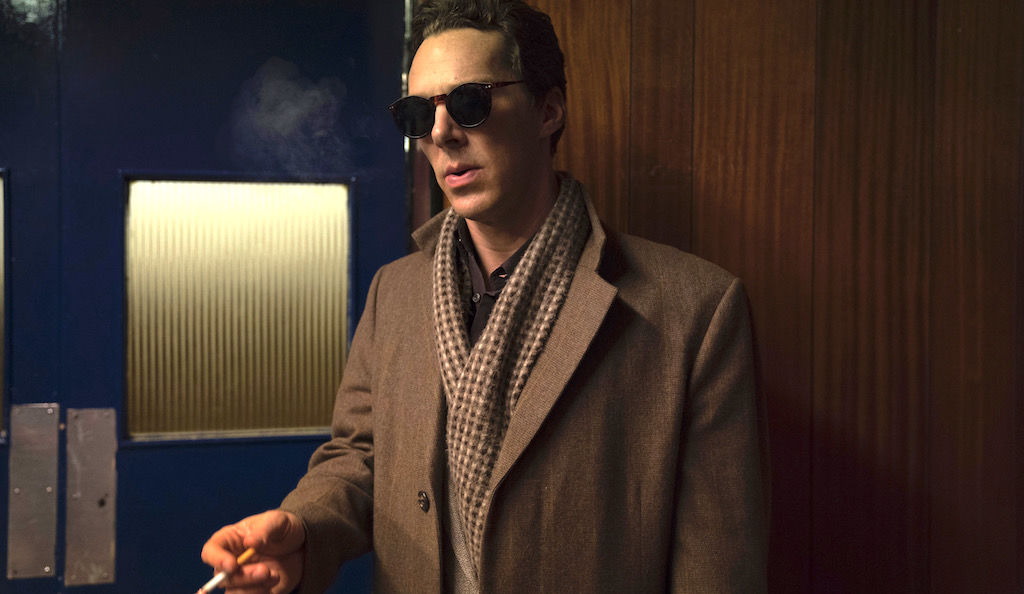 The self-proclaimed 'harrowing yet hilarious journey' Patrick Melrose is based on Edward St Aubyn's semi-autobiographical novels – one episode per novel (giving us five episodes) – and tracks Melrose's life through his traumatic childhood to an adulthood of substance abuse and onwards.