Lenny Abrahamson directs his last two episodes of the series by dealing in extremes, delivering an hour of television both satisfying and devastating

These two episodes, five and six, bring us to a halfway point: director Lenny Abrahamson pushes the story forward, for Hettie McDonald to take over next week. It’s a double bill that wrestles with mirror memories and breaking points: the end of relationships, the start of others, the rekindling and newly damaging of the same emotions again and again.

We begin with a white flag in a midnight phone call: at college, Marianne and Connell are going to try “the friendship thing”. It’s her idea, demonstrating a certain shift, a manifestation of her newfound confidence that would have suffered in silence before. 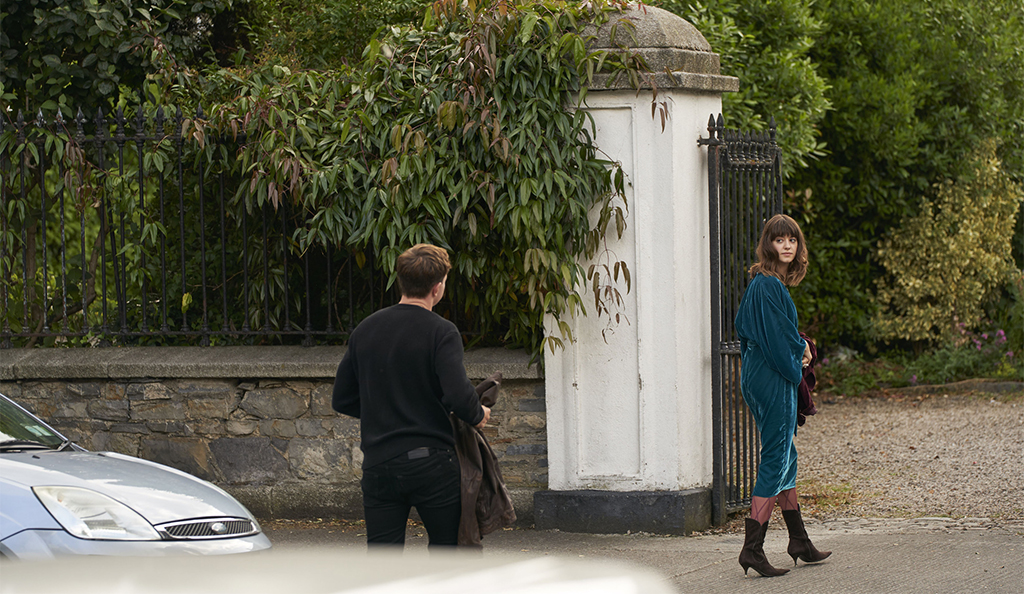 “Connell you can sit,” Marianne says when he joins her and her friends. Such dialogue, paired with shifting, cautious body language from Paul Mescal as Connell, finds the pair giving each other permission to live beyond their comfort zones.

They later admit humiliation and regret to each other – not so much retreading the past as finally letting themselves draw a line on it. Daisy Edgar-Jones plays Marianne with earned confidence in these episodes, eyes wide and glossy, looking for Connell’s approval while finally showing him she deserves it.

“I feel like I’m walking around trying on a hundred different versions of myself,” Connell admits, indicating the first signs of his own instability, unable to connect and communicate the mountain of emotions these new circumstances have given him. Tears fall into Marianne’s mouth while she forgives him – simple but stunning physical gestures make such difficult confessions gain great weight. 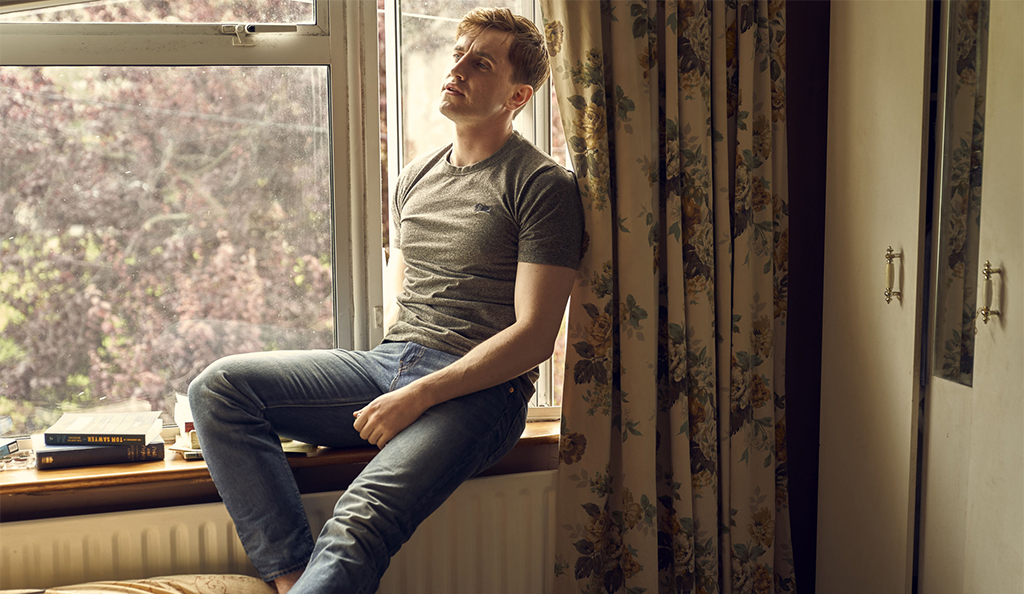 In working through the past, Sally Rooney’s clever scripting (written in the same way in the book) brings old sentences, maybe flippant or unnecessary at the time, into the fold once enough time has elapsed. What Connell told Marianne during their school days, she now uses on him. “It’s different for you,” she teases while defending her friends. But he also has this power – after a breakup Marianne coolly boasts about, she acknowledges, “It wasn’t a good fit”. Connell knows this, and tells her, “I feel like I could have told you that myself.”

The idea of a good fit is paramount – when Connell and Marianne do work things out, every time, there is a sense of glorious ease. Their skin looks hot with golden light, their bodies lie together as if two lost pieces of a puzzle. They keep their words to one another brief, but decisive. A “come here” in a drunken rasp, a “come to bed” the morning after. “I think we’ll be fine,” after they’ve done something that feels right, normal even, but that neither of them can be sure about.

The music in these two episodes further crystallises Normal People’s skill to make Connell and Marianne’s story feel so much bigger than just theirs. A Frank Ocean track at a party, gently interlacing Marianne’s desire and Connell’s nerves, echoes beyond their micro-universe into ours. Carly Rae Jepsen on the radio is allowed to play in the episode far louder than in their kitchen – proving that Normal People isn’t just about grief and wallowing, nor does prolong or force their characters’ sadness without reason.

There is light, there is relief, there is pleasure in amongst all the pain.

Despite this – there are, of course, moments of still unbearable angst. More tears, from both, often leak while trying so hard to make the other person happy. While taking a photo, while holding hands at a pool party. It’s here that their worst qualities begin to resurface: the worry, the frustration, the self-loathing, the loneliness. 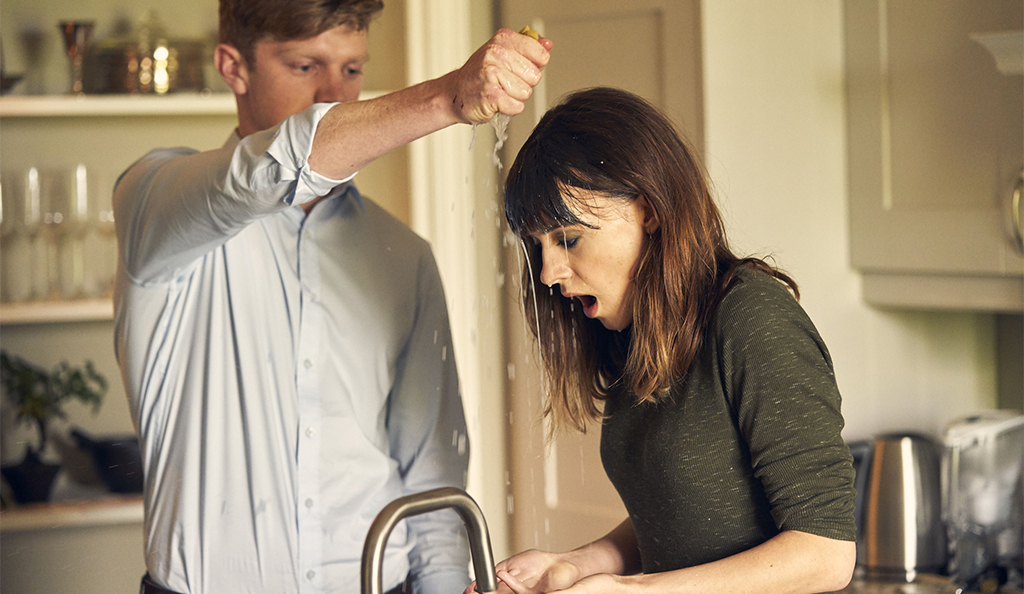 Marianne and Connell’s most devastating flaw is their inability to communicate what is so necessary. Despite how well they fit, emotionally, sexually, mentally, they struggle with the peripheral circumstances, with the expectations and pressures that they force upon themselves.

Connell sees the world in slow motion – an overwhelming mass moving faster than him, where he feels he can’t belong. Marianne is growing into her new world – but is still tethered to her worst tendencies, the hurt inflicted by her mother, her brother, her own lack of love for herself.

It’s endlessly frustrating, but always so beautifully done. Performances dig deep and reach out, direction lingers on tenderness and details past and present. In the final moments, a door slams, her eyes are wet, a glass breaks. He’s left alone, in the dark.

Something stupid has happened to them – but it’s still just further beguiling for us. This is, somehow, still only half of their story. The atmosphere closes in on them, while never forgetting us. 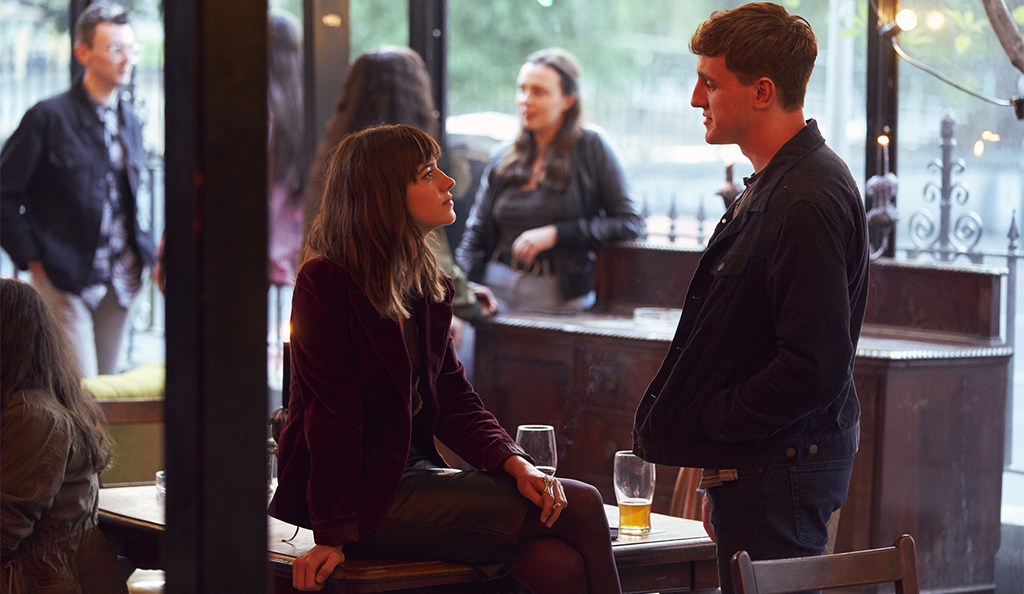