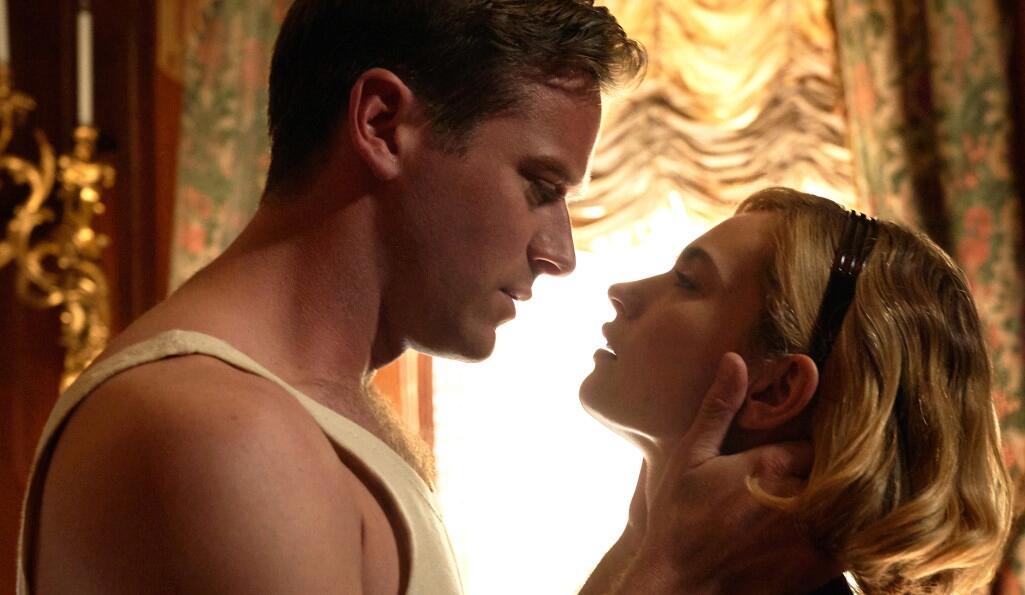 There have been numerous versions over the years, most famously in 1940 by Alfred Hitchcock, but Wheatley has promised to twist the story in his own way. Despite Rebecca being well known, nobody can prepare for what this adaptation has in store.

Horror filmmaker Mike Flanagan set a precedent with his adaptation of Shirley Jackson’s The Haunting of Hill House in 2018. He showed that a horror series could be wrapped in character and emotion, instead of plodding along with the formula of cheap jump-scares and elaborate gore. The Haunting of Bly Manor, based on Henry James’ classic novella The Turn of the Screw, looks to plunge into similarly human territory while providing all the necessary chills of a ghost story.

Moving the original story from 1898 to 1987, the unsociable Henry Windgrave (Henry Thomas) needs to hire an au pair to look after his niece (Amelie Smith) and nephew (Benjamin Evan Ainsworth) at the large, ominous Bly Manor. Dani Clayton (Victoria Pedretti) seizes the opportunity, warming to the kids quite quickly and getting on with the rest of the staff. But an evil lurks inside the manor, chiefly the spectre of Dani’s drowned predecessor Miss Jessel (Tahirah Sharif).

There’s no Hollywood screenwriter quite like Aaron Sorkin, whose musical ear for dialogue is legendary. Walking and talking through TV (The West Wing, The Newsroom) and movies (The Social Network, Steve Jobs), his scripts are dense with eloquent, energetic back-and-forths, often in a legal setting. In his second film as director, following up the furious fun of Molly’s Game, Sorkin tackles one of the biggest trials in American history.

The Chicago 7 was a group of antiwar activists who organised a rally in Grant Park, Chicago, only to be beaten and tear-gassed by the police. The seven organisers were detained and put on trial for six months – accused by President Nixon’s government of criminal conspiracy and inciting a riot… despite the event being a peaceful protest. No doubt this will resonate with present-day politics and police brutality, much like Spike Lee’s Da 5 Bloods achieved recently.

It’s rare to see plus-sized women of colour leading their own movies, and The Forty-Year-Old Version looks like a step in the right direction. Radha Blank plays herself in her black-and-white feature debut, about a Black playwright creeping up to 40. She still hasn’t found her voice, and so decides to combine theatre with hip-hop in the hope that she will shine through in her art.

The Forty-Year-Old Version won the Directing Award at this year’s Sundance Film Festival.

Anya Taylor-Joy is one of the most exciting 20-something actors working today. Beginning in horror cinema with Split and The Witch, she has also dipped into television for The Miniaturist and Peaky Blinders.

In her latest project The Queen’s Gambit, she leads the story of a glamorous, socially awkward chess player who navigates the male-dominated world of competitive chess. But she suffers from substance abuse issues, stemming from a state-endorsed tranquiliser treatment used to sedate children.

Sex and the City creator Darren Star is back for another glittery, colourful and well-dressed series set in a beautiful city. Swapping Manhattan for Paris, Emily in Paris follows a young marketing executive (Lily Collins) who’s sent to the French capital.

Emily's job is to revamp the social media of a French luxury brand which, judging by the trailer, is a bit behind the times. She navigates her new position, winning over colleagues, while starting new romances in the world’s most seductive city.

On Sunday 21 March 1965, Dr Martin Luther King led a lengthy march from Selma, Alabama, to the state capital, Montgomery. In the preceding months, many civil rights activists pursued voting rights for the Black population in Dallas County. This led to violent pushback from police and white segregationists, which included the shooting of Jimmie Lee Jackson.

Following a failed attempt ending in violence (Bloody Sunday), King led another march. This time, it was much larger: populated by thousands, over five days and 50 miles, all walking to Montgomery.

Ava DuVernay directs this biopic of the march, capturing King’s story and the political forces trying to shut him down. She would continue making movies with an anti-racist bent, including the acclaimed documentary 13th and the harrowing Netflix series When They See Us. David Oyelowo stars as Dr King.

It’s hard to think of a documentarian who’s achieved more for the planet than David Attenborough. His recent nature programmes Blue Planet II and Our Planet have geared towards showing humanity’s harmful effect on the world.

In his first feature film, A Life on Our Planet, Attenborough offers his lifelong witness statement: sharing his experience of nature’s decline. Given that the Earth’s on a dangerous road to disaster and extinction, he’s determined to pass on his encouragement to halt and reverse this outcome. This could be our last chance.

2 October
Dick Johnson is Dead
Emily in Paris
Song Exploder
Vampires vs. The Bronx
You’ve Got This

4 October
David Attenborough: A Life on Our Planet

14 October
BLACKPINK: Light Up the Sky