From the contentious drama Pieces of a Woman with Vanessa Kirby to Olivia Wilde's ecstatic debut Booksmart with Kaitlyn Dever, Netflix in January delivers a great start to 2021 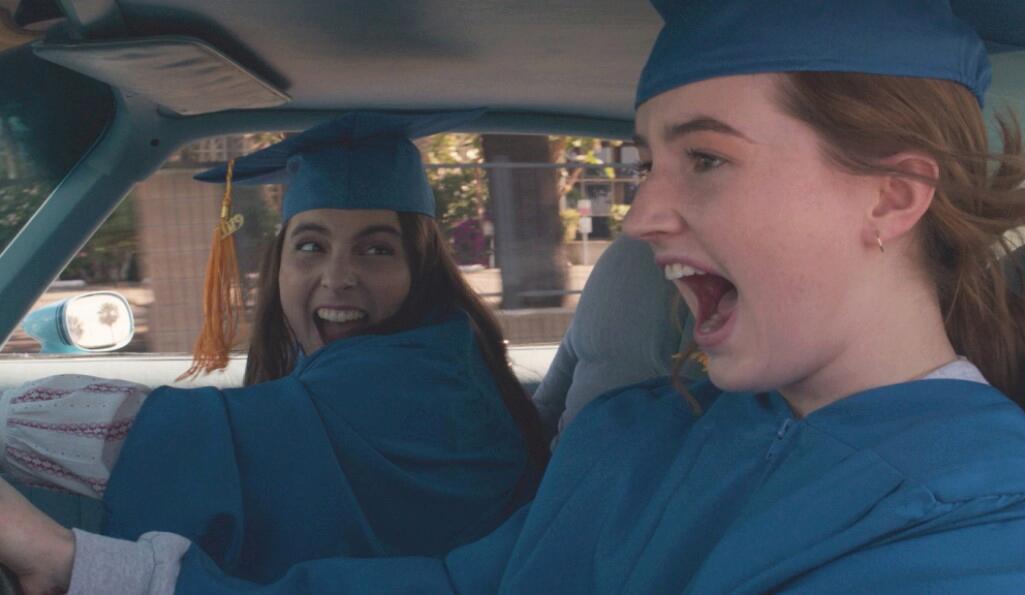 Making waves after its premiere at Venice Film Festival, Pieces of A Woman follows the grief of Martha (Kirby) and Sean (Shia LaBeouf) after a home birth ends in tragedy. As well as dealing with a domineering mother (Ellen Burstyn), they also have to face the responsible party, a negligent midwife (Molly Parker), in court.

The film faces some divisiveness considering the presence of Shia LaBeouf, who’s currently undergoing many allegations of abuse (initially from his Honey Boy co-star FKA Twigs). But in Variety, director Kornél Mundruczó maintains that its centre of focus is the ‘beauty and complexity of a female journey’.

Based on the Booker-winning novel by Aravind Adiga, The White Tiger tells a darkly hilarious rags-to-riches story set in modern India. Balram Halwai (Adarsh Gourav) was the smartest boy in his Bihari village until he’s picked up by wealthy landlord Ashok (Rajkummar Rao), who hires Balram as his chauffeur.

Balram’s psychology and societal purpose wrap around being a servant to his masters. But once he’s wrapped in a bleak conspiracy caused by Ashok’s wife Pinky Madam (Priyanka Chopra Jonas), Balram decides to rise against his superiors and become his own man.

It’s both easy and difficult to predict where Nicolas Cage will go next. You can bet he’d be in some cheesy action blockbuster, yet he’s also dipped into intelligent indie roles. Nobody could’ve foreseen him presenting a docu-series about the etymology of swear words; but, then again, is it all that surprising? It’s Nicolas f***ing Cage.

In this series, Cage interviews movie stars, historians, and etymologists to delve into the origins of our favourite swears. Probably not one for the easily offended.

This ecstatic directorial debut from Olivia Wilde spells a brilliant future in comedy filmmaking. One of the funniest films from 2019, Booksmart follows two intensely dweeby teenage girls as they squeeze many years of missed parties into one ridiculous night.

Amy (Kaitlyn Dever) and Molly (Beanie Feldstein) have missed all the fun because they were studying hard. Once they realise the bullies, trouble-makers and party-goers are also going onto great things, they’re dead set on finally letting loose. Hilarious and often surreal, Booksmart often calls to mind those classic teen movies from the 80s by John Hughes and Richard Linklater.

The debate still rages about which Office is better: the original U.K. version or the adapted U.S. series. The latter initially imitated and Americanised the former, but soon grew its own identity. Steve Carell is a worthy successor to Ricky Gervais as the interminable office manager, here called Michael Scott, who constantly steps his foot in it.

This version moves away from grey, monotone realism to become one of the country’s best-loved sitcoms – kicking off the mockumentary boom that would give way to Modern Family and Parks and Recreation. Yes, it can be cheesy, sentimental, and it’s probably not an accurate representation of office life, but it’s nine seasons of easily bingeable comedy. We probably need that right now.

The announced slate for Netflix in January:

7 January
Pieces of a Woman

13 January
Night Stalker: The Hunt for a Serial Killer

15 January
Disenchantment season 3
Outside the Wire

29 January
Finding ’Ohana
We Are: The Brooklyn Saints