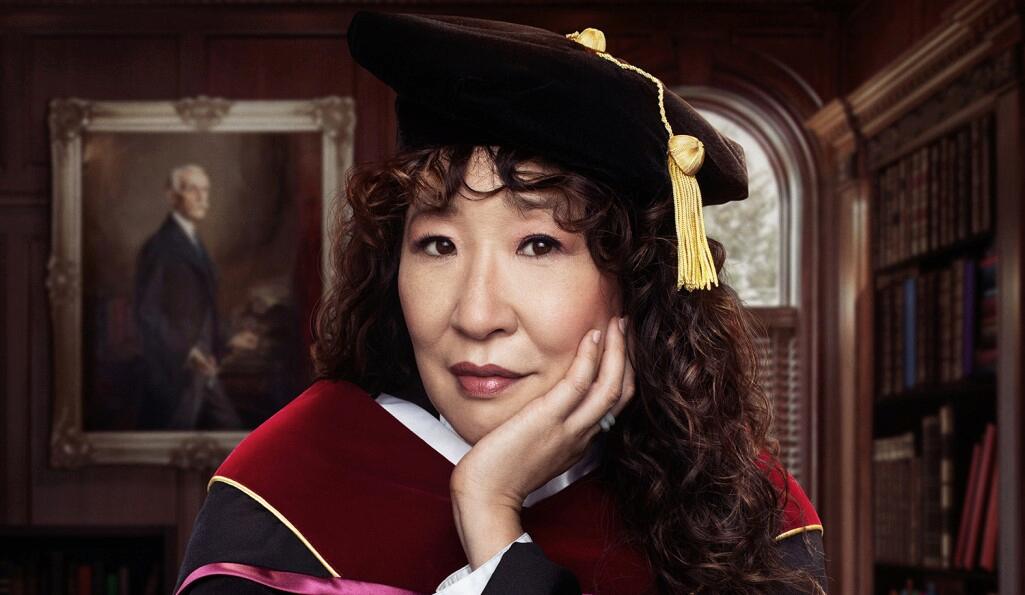 The current striving for diversity and inclusivity has been a boon for society. It’s ultimately geared toward bettering traditional systems, but it’s not without challenges. In the upcoming Netflix series The Chair, Pembroke University falls into one such tension.

The series starts as Ji-Yoon Kim (Killing Eve's Sandra Oh) is employed as the first-ever woman chair of the English department at Pembroke. She's also one of only a few people of colour on the staff. As well as dealing with that friction of change, Ji-Yoon also struggles raising her daughter 'Ju Ju' (Everly Carganilla) and navigating her apparently platonic relationship with disgraced lecturer Bill Dobson (Jay Duplass).

Valeria is a should-be hit that barely anyone is talking about. This Spanish comedy-drama set in Madrid is a steamy, funny, emotional binge-watch that deserves more praise.

The series follows four 20-something women as they navigate love, sex, and their careers. The aspiring novelist Valeria (Diana Gómez) is on the cusp of a book deal… on condition that she doesn't use her own name. The book in question ignited in her a new sexual awakening, which compromised her unfulfilling marriage.

But Valeria has her friends at least – the promiscuous translator Lola (Silma López), the LGBT+ activist Nerea (Teresa Riott), and the awkward marketing agent Carmen (Paula Malia) – who all have their own relationship issues.

The period drama is cemented into British TV culture. It's as secure as the names of Jane Austen and Charles Dickens. But Downton Abbey stands out from the rest. It's not only an original piece, but it’s reached an unprecedented level of popularity over here and across the world. Even years after the Abbey supposedly closed its doors, the audience is still there – as proven by the 2019 movie spin-off and its upcoming sequel.

In case you don’t know, the series follows the masters and servants in a Yorkshire country estate during the early 20th century – spanning 1912 to 1926. Among domestic disputes, class divides and interior romances, the episodes embrace important historical events including the sinking of the Titanic and the Battle of the Somme.

Times are hard, but you can guarantee a certain marmalade-loving bear will be there to help. Now, thankfully, Paul King’s instantly beloved Paddington movie is coming to the shelves of Netflix for all to enjoy.

After an earthquake in ‘Darkest Peru’, the anthropomorphic bear (voiced by Ben Whishaw) finds himself in London without a home. Luckily, the exuberant illustrator Mary Brown (Sally Hawkins) sympathises with the bear’s homelessness and – notwithstanding protests from her risk analyst husband Henry (Hugh Bonneville) – allows him into the Brown household. But despite the love and care of a new family, an evil taxidermist called Millicent Clyde (Nicole Kidman) is watching Paddington closely…

John David Washington’s career has surged in recent years. He floated onto the radar as Ron Stallworth in the unforgettable Spike Lee film BlacKkKlansman, before landing the main role in Christopher Nolan’s mind-bending movie Tenet. Although he’s proved the depth of his talents after starring alongside Zendaya in the claustrophobic Malcolm & Marie, he seems the most settled in action dramas.

Beckett is his latest thriller, playing the titular role. The story follows an American tourist (Washington) holidaying in Greece with his girlfriend (Alicia Vikander). The trip spirals out of control when he’s swept into a national manhunt, becoming a target by Grecian authorities in a web of conspiracy. Vicky Krieps (Phantom Thread) also stars.

The full Netflix in August slate:

Wednesday 18 August
Memories of a Murderer: The Nilsen Tapes

Monday 23 August
The Witcher: Nightmare of the Wolf