In episode 3 of My Brilliant Friend, The Metamorphoses, teenagers Lenù (Margherita Mazzucco) and Lila (Gaia Girace) aren't really friends anymore – but something pulls them together

Lenù (Margherita Mazzucco) and Lila (Gaia Girace) have grown into teenagers, which only complicates things. They barely see each other anymore: Lenù’s coming to the end of Middle School and Lila’s working at her family’s shoe shop. Grim realities are made bare again as a shiny blue car roams around the Neapolitan streets, picking up teenage girls ‘for a ride’.

It’s difficult to think of another TV series that enjoys wandering in its characters and their environment so much, with little consideration for a strict plot structure. Isn’t that the sell of television in the binge-watching age, to have a continuous plot that’ll keep audiences watching week by week? In this case, we return because of the characters – understanding them, seeing where their actions take them, whether their environment will crush them (the town has as much character as the people populating it). 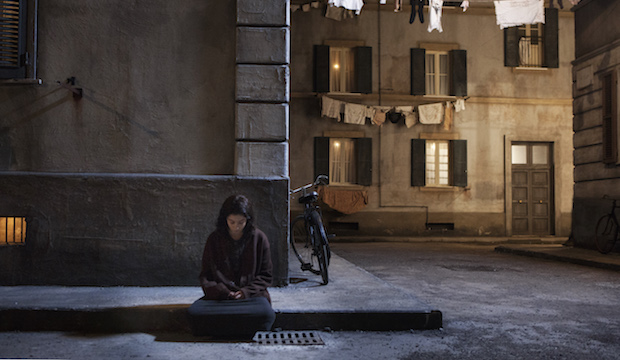 People are still beaten in the streets, death being close enough to touch yet heavily ignored like the dirty dust left behind by ‘60s automobiles. Lenù becomes a sombre teenager, growing tired of herself and her studies as she continues to fail in her classes (‘None of what I did by myself … was thrilling enough’). She feels alone, her only real friend choosing to ignore her at every opportunity. Spots start to sprout from her face, making her almost scared to leave the house.

And despite Lila’s absence from her day to day life, it’s like Lenù has absorbed her. During an awkward and horrific encounter in the school toilets, the eloquent, retrospective voice over recounts ‘I realized that Lila acted within me like a demanding ghost’. A seemingly supernatural force pulls them together, even if Lila doesn’t acknowledge it.

Episode three, The Metamorphoses, is hard drama, light-hearted (but forbidden) romance, and the true to life horrors of growing up as a woman. It’s a shame that this period of the characters’ lives isn’t directed by a woman, but Saverio Constanzo does an excellent job and the episode feels wrapped in aggressive truths. He creates an utterly immersive world despite, on many occasions, it having us want to look away. 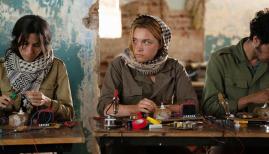 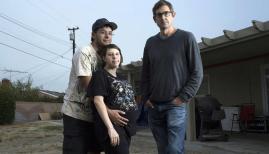