Why no one's watching the BBC finale: McMafia season review 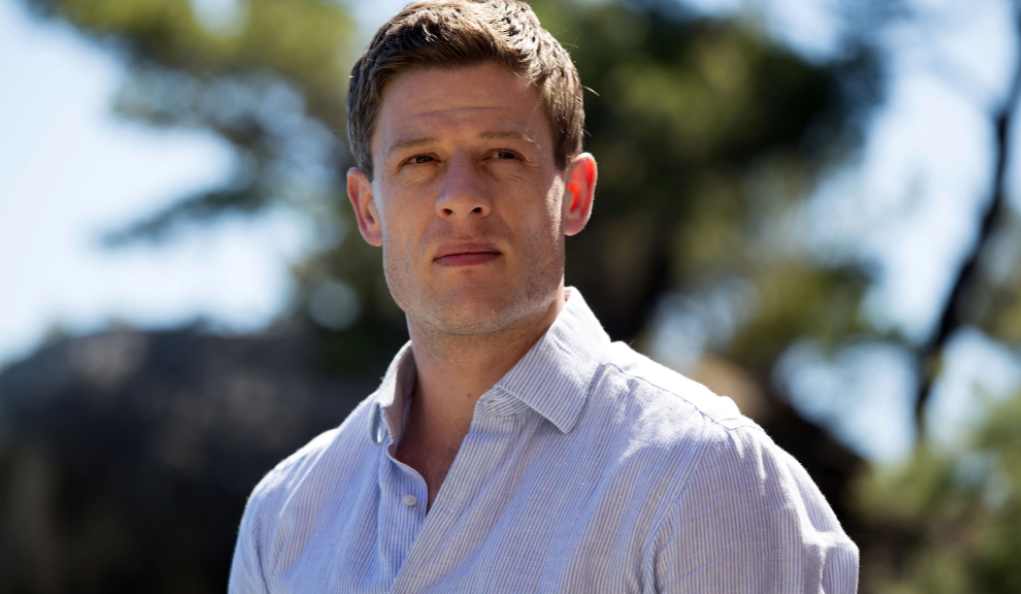 James Norton, McMafia
Big things were expected of McMafia. It was meant to be the jewel in the BBC's drama crown, with which the broadcasting corporation could anoint itself and welcome in 2018.

The gangster thriller launched on New Years day, helmed by the zeitgeist's current pin-up James Norton and promising an enemy that you'd think would rally the British people: filthy rich Russian gangster / bankers living it large in the UK. We're told every week that empty mansions owned by Russians are the reason no one else can live in London, so you think they'd be easy to hate.

Unfortunately, half way through the series, McMafia's poor viewing figures hit the headlines, and surprised no one. By episode four, the number of people watching had dropped to only 3.5 million viewers, which is just over half as many as the BBC's previous gangster drama The Night Manager bought in back in 2016. Fans have been leaking away from the series, even as it gears up for some twists and turns as the final episode comes into view. So, where did McMafia go so wrong? 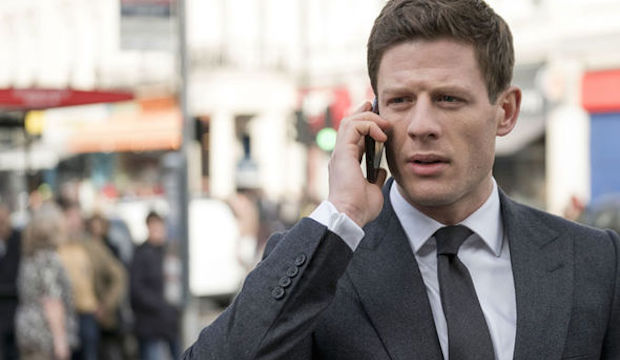 Ah James – we won't hold this against you, we promise. We know you can act – you earned your stripes as the spine-tingling-ly creepy psychopath in Happy Valley and you were hit on stage late last year in Belleville. But as the British aristocrat turned Russian gangster, you're just so... meh.

Could it be that you decided that as Alex was 'born with a silver spoon in my mouth' he needed to become 'stiff upper lip' personified? Alex, you know, 'stiff upper lip' doesn't mean literally stiff, right? Even the Queen would manage the odd expression when fighting with her girlfriend. But watching you, it's as though the BBC replaced you with a Thunderbirds puppet version. But without the sense of humour. Or the ability to speak Russian.

The bad: James and Rebecca 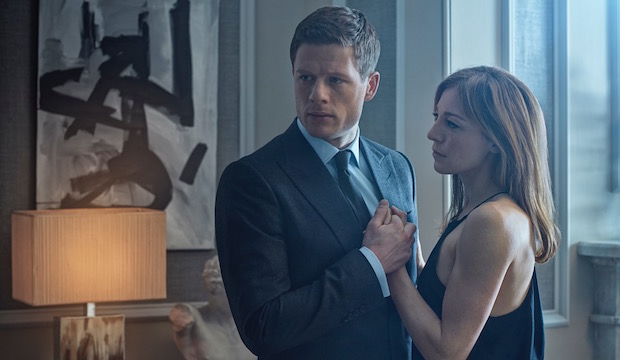 The biggest problem that the show has, is that it's impossible to care about either protagonist. Why should we give a bottle of cheap sparkling wine about the relationship between Thunderbirds Alex and his equally bland banker girlfriend? When Rebecca begins to suspect Alex's dealings in dirty Russian money, she's is super boring about it. They're a good match those two – combined their emotional landscapes has as much depth as the Farrow & Ball wall paint splashed through their many houses.

Naturally, their relationship is damp and unexciting, which means that when Rebecca is sneaking through Alex's personal emails looking for lies, or meeting up for drinks with Alex's father and colleague in her dig for dirt, there's just no tension. There's no consequence that could interest us. Juliet Rylance should pick up some tips on how to act all betrayed and miserable from Mariya Shukshina, who plays Demitri's spurned wife with gently rolling tears and bubbling anger. 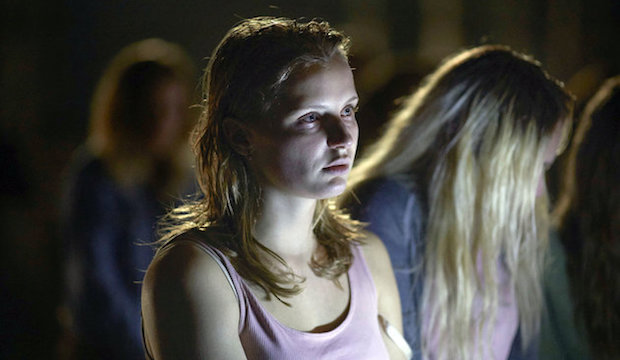 The most compelling character here is Lyudmilla, the Russian girl who is brutally kidnapped by Egyptians. She was smuggled into the care of Semiyon Kleiman – the bearded maybe-baddie, who is not quite as bad as the other baddies, but still a bad enough baddie to engage in slavery and people smuggling, although no one else seems to mind too much about all that.

Having suffered through a terrible ordeal with strength, conviction and calm, Lyudmilla finds herself trussed up in dresses and jewels and made to flirt with Kleiman's friends, eventually falling in love with her driver / bodyguard / captor. This story-line is so much more interesting than Alex's. Can't we have more of this please?

The bad: computers are boring 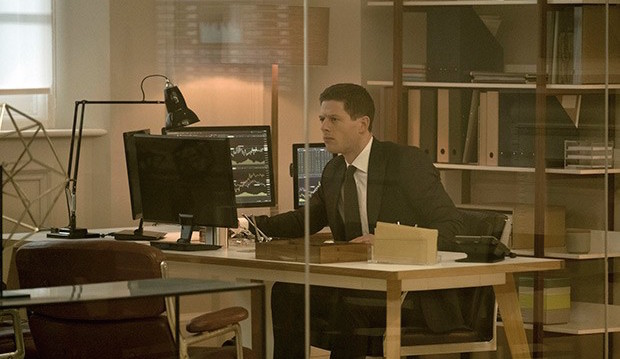 It might be the real world (McMafia is after all based on journalist Misha Glenny's bestselling nonfiction book about organised Russian crime) but where The Night Manager had high-stakes conversations between two undercover co-conspirators beside ice-cream vans, McMafia has a lot of fretful clicking on a computer screen. Which, you know, is a little less 'edge of your seat' stuff.

The boring: board-meetings are also boring 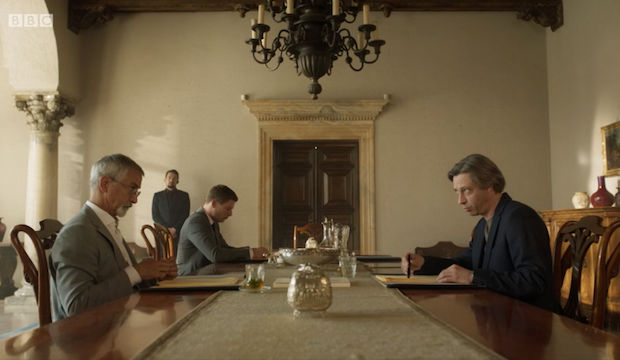 Listen, we all sit through boring meetings at work – when everyone pretends to agree with everyone else but nothing is actually decided – because we're paid to be there. In a high-stakes mafia lord meet up, the most exciting thing the BBC could think to give us was someone claiming 'bad traffic' was the reason they were late. Please. Give us some drama. Or pay us to be here.

The good: the other baddies 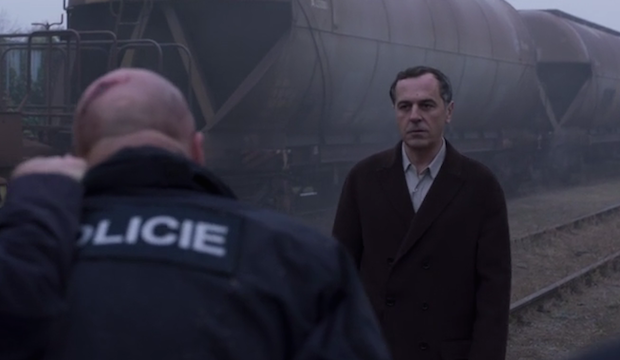 Plenty of blame for the series' bad ratings has been laid at the feet of Merab Ninidze's ultra-baddie Vadim Kalyagin, the antagonist of the piece, who isn't a proper baddie apparently because he fails to ham-it-up like Hugh Laurie did in The Night Manager – and also doesn't have gold teeth, missing jaw bones or leaky eyes like the baddies we're used to seeing in James Bond.

But where Norton's unemotional stance is grating and weird, Ninidze's emotionless-ness is interspersed with sweetness with his daughter, and brutal outbursts on the side of railway tracks, that show a powerful, brutal creature underneath that controlled calm. It's a much more believable baddie than the pantomime character offered by Laurie. We actually quite like hating Vadim.

The bad: everyone's motive for everything 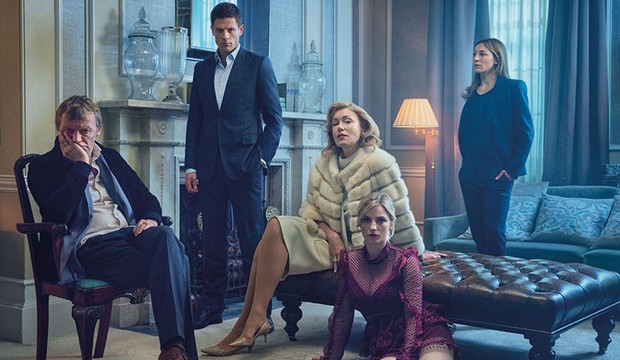 Alex's transition into the dark side in seasons four and five is slow, but never convincing. At some point, he goes from being the 'good Godman', unwillingly dragged into the muddy criminal underworld when faced with Semiyon's money and a failing business, to suddenly being a proactive, mafia king, who would do 'anything for my family' – before flip flopping back again. Wait, what? That's a whole lot of inconsistency.

No one else's motivation seems to make much sense either. Why do all these Indian hackers throw themselves so enthusiastically into the gangster wars? Why does Demitri try to kill himself when he's writing letters to his mistress about how she gives him life? Oh exhaustion.

The good: the cliffhanger at the end of episode seven 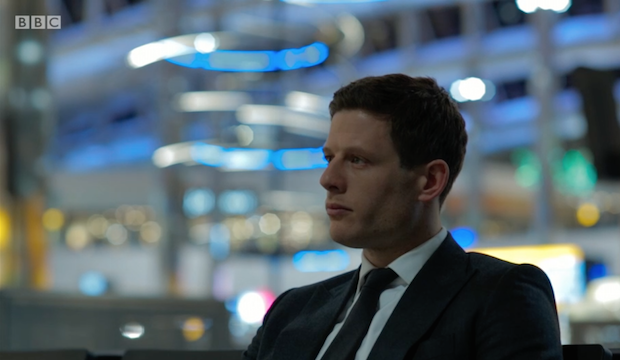 To be fair, that was well done. Maybe we will be tuning in for episode eight... maybe.