2 CW readers are interested
Kiri, Channel 4 review 4 Kiri, Channel 4 review Helena Kealey
Social worker Miriam stands by an underpass, holding a lead, and happily chatting to a fellow dog walker: ‘I get visions of coming home and finding him bleeding out on the rug. Always involve blood my visions. Never a nice, clean, soft death.'

British TV is full of missing children. Last year we watched through our fingers as Benedict Cumberbatch struggled with his grief in The Child in Time, and Sheridan Smith went on a mission to find a local missing child in The Moorside. Later in the year, it looks as though we'll be watching Jenna Coleman hunt for her own abducted baby in The Cry.

None of these TV shows offer up the laughs. But Kiri does. The four-part drama is full of levity and life, and clever observations about pervading chipper, stiff-upper-lip Englishness. It’s a winning formula that made the British crime drama Broadchurch on ITV so successful.

Lancashire plays Miriam, a social worker who may, or may not, be good at her job. She’s kindly and funny, and gently takes the piss out of those around her – Miriam’s days begin with a sausage delivery to a young drug addict and a reminder to ‘cook ‘em this time!’.

Miriam’s world collapses around her when she finds herself thrust onto the national stage and at the centre of a media frenzy following the disappearance of a young black girl, Kiri, for whom she is responsible.

It’s easy to see why Kiri has been criticised for encouraging racial stereotypes. Nine-year-old Kiri’s birth family are black, working class and put the young girl in terrible danger. Her adopted family are white, compare Kiri’s long slender neck with Audrey Hepburn and stand at the bottom of the stairs like guard dogs when Miriam comes to pick her up.

Themes of race and class are difficult to depict perfectly. But Thorne does a good job of attempting to ask questions without being heavy handed, and at its core, Kiri is about an overworked, ill-supported social worker who is doing her best.

With it’s English charm, and black humour, Kiri is compulsive watching – and we should all look forward to Thorne’s upcoming drama about the Grenfell Tower disaster with anticipation.

Catch up on Kiri here 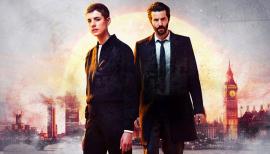 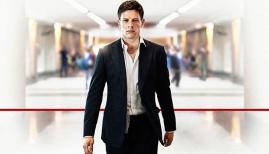