Kae Alexander talks #metoo, the portrayal of women and gay relationships in the BBC's Collateral 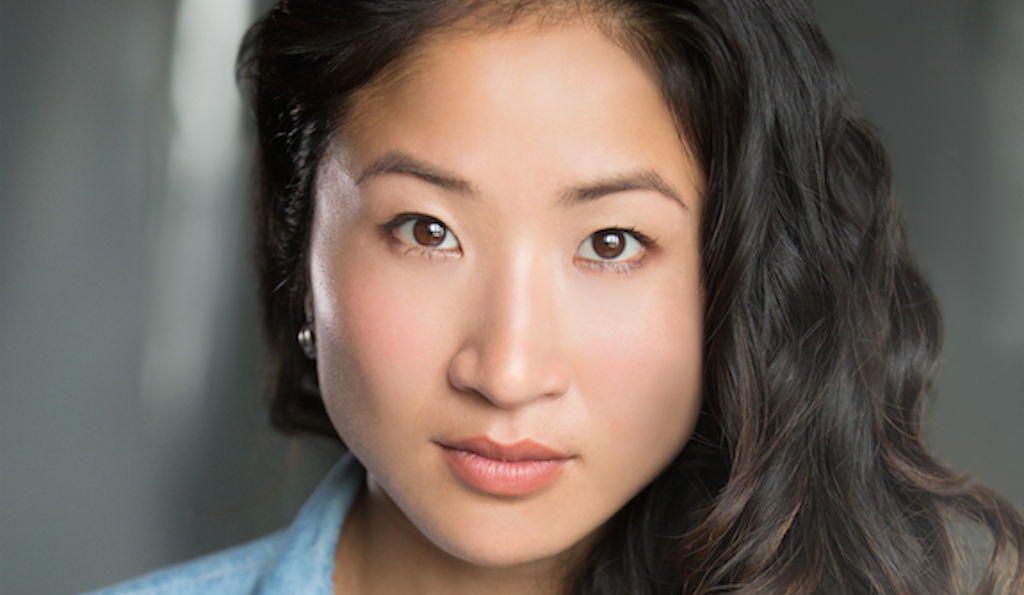 Kae Alexander
All actors want to talk about how special and important their project is. If you've ever watched a talk show, you'll know that boasting about their latest gig is just part of an actor's job. Interviewer and interviewee smile and nod, and maintain the facade that the show is brilliant, although heaven who knows what they both really think of it – one of them at least should be pretty good at acting.

TRY CULTURE WHISPER
Receive free tickets & insider tips to unlock the best of London — direct to your inbox
Occasionally however, you meet an actor who really has made something extraordinary, clever and important – something they're desperately and rightly proud of. Far from the frozen smiles and half-hearted platitudes, the words and enthusiasm come tumbling out. There's simply not enough time to talk about all the different ideas the show has raised.

Meet Kae Alexander. She stars alongside Hollywood sweat-heart Carey Mulligan and Doctor Who veteran Billie Piper in the BBC's truly outstanding new drama, Collateral. Although Alexander is not as instantly recognisable as her fellow cast members, she has had an impressive career working in Game of Thrones and the BBC's Fleabag.

In Collateral – written by famous London playwright David Hare – Alexander stars as Linh, an illegal immigrant living in London on a fraudulent student visa, and the only witness to the apparently random shooting of a pizza delivery man. The pregnant Mulligan's DI Kip Glaspie is trying to crack the case. If all that doesn't sound exciting enough, Linh is also dating a gay female vicar, a woman whose ex is a prominent Labour MP. Can you see why there's so much to talk about?

'David Hare is super intelligent and he has created this world that taps into many aspects of what we’re living though, especially in London.' Alexander tells us. 'That combination of David and S.J Clarkson [the director] was really electrifying. At the screening, we watched the whole four episodes, and I’ve never been so proud of a project. I'm really happy to boast about it.'

There's so much to unpack, but we decide to begin with the portrayal of women in the show. Nearly all the major characters in Collateral are women – but Hare makes this predominantly female cast seem so normal, that you could easily avoid noticing that it's happening at all, despite the rarity of such a thing.

'You see that on the cast list, the first ten are all women,' Alexander agrees. 'But it didn’t really hit me until I saw the screening – every time a character was introduced, she was a female. They have their own lives, it's complicated. It feels really fundamental for women to watch this. It makes you realise how little it [the complex portrayal of women] is seen on screen.

'I felt like that when I saw Carey in Suffragette. That was a story being led by a woman, with no man taking over. I believe that Carey is very aware of this, and she works on projects that are trying to move the way we tell stories forward. I completely admire her.'

What with the #metoo campaign sweeping our workplaces and social media accounts, and the rise of impressive female lead dramas on our TV screens (we're thinking especially Big Little Lies and The Handmaid's Tale – but also in smaller productions all over the BBC last year), there's no doubt that the tide feels as though it's finally changing for women. As TV increasingly threatens the dominance of film as a place for storytelling, it seems likely that this is the medium where these changes will play out.

'The content [TV] is now international,' Alexander explains. 'We have to keep up with the whole world, and that definitely has moved the way we tell stories. Everything that I’ve done is a BBC / Netflix, or ITV / Amazon collaboration. It’s telling the greater story, and we’re thinking a bit bigger. We’re producing more which is great... TV has started this new movement of taking risks on content and then realising that we like the changes, and now I think film is catching up on that.'

What about the ramifications of the #metoo movement? Have they been felt at all in the world of UK TV production?

'We [women] are speaking up – I think it’s exciting,' she says. 'I did an intimate scene for a TV show called White Dragon. The director and producer were both lovely anyway, they were very sensitive. And even though they could tell I was very comfortable, and they just wanted to cover their area and say ‘speak up’.

'I feel less intimidated because of the conversations that we’re having on social media and in the press. Speaking up has created a tribe – we're less isolated.'

Sexual orientation, sexism and feminism are far from the only topics raised by Collateral. There's also, clearly, the issue of illegal immigration and the status and position of refugees in the UK. After only one episode of the show, it's difficult to tell where Hare is going with this, but thus far, he seems unimpressed with the situation those seeking refuge on our shores find themselves in.

This is particularly complicated for Alexander's character Linh – a young illegal immigrant who, when we first meet her, is high on ketamine and MDMA and squatting on the side of a road. 'I think these are these characters have been completely brought to life,' Alexander proffers. 'They're not stereotyped. They’re well represented, and these scenes are in the core of the story, rather than in some kind of side obstacle. David is clever about how he uses these issues. It’s very human and very real.'

'It’s controversial,' Alexander continues. 'She [Linh] is in love with a [female] vicar. That other topic of sexuality within religion – and it’s just brilliant, it’s just so juicy. We’ve stuck a human in these situations, not a stereotype. She's not just an immigrant – she wants to stay in the country and she happens to be in love with a woman, and it creates these layers of complexity. How do they keep this relationship going and how much you fight for love?'

'There’s not enough representation of gay relationships on TV, for sure. It’s kind of weird that there’s so little of it. There’s this distorted idea that’s been thrown out from the male perspective, but women fall in love with women so I think it’s brilliant that we’re representing that and it’s not sexualised or objectified in any way. Normalising gay relationships in general on TV would be great.'

Alexander clearly has a penchant for these challenging, boundary pushing roles. 'I’m in the middle of rehearsals for The Great Wave at the National Theatre – with a cast of East Asian actors – and all the leads are women and it’s directed by a woman who is incredible.'

Frankly, we can't wait to gush about the next project with her.