How to talk about Love Island intelligently, without having to watch it

They're beautiful, bronzed and – sorry – boring. Here's how to talk intelligently about ITV2's Love Island, without having to watch it 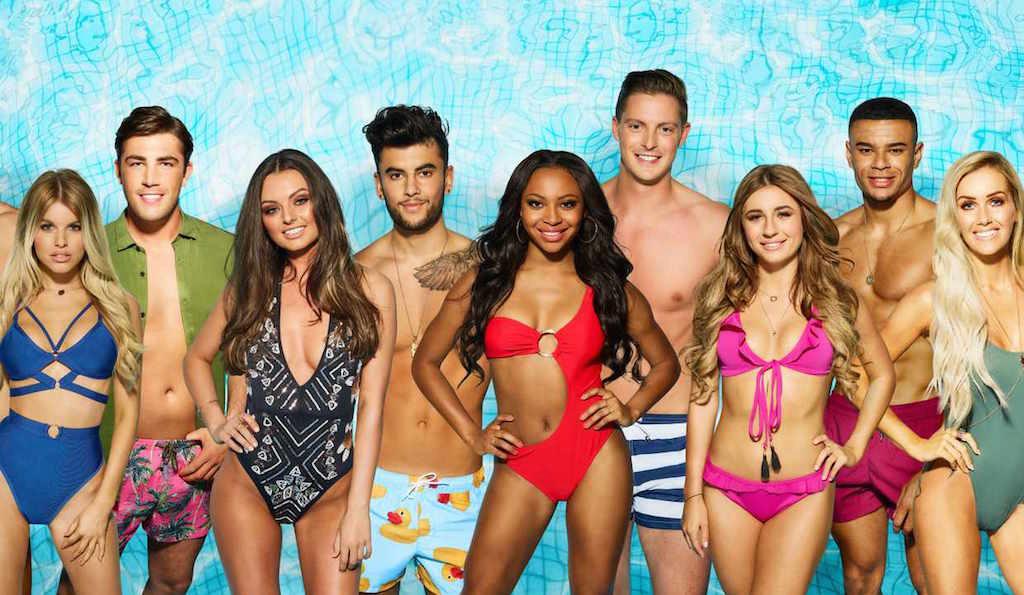 Love Island, ITV
Oh crumbs, what's that horrible hashtag clogging up my Twitter feed? Who are these bronzed, shiny and frighteningly hairless 20-somethings? And why is everyone talking about them?

Welcome to the summer of 2018. Everyone – and we mean everyone – is talking about Love Island. Except you. The first episode of season four of the reality TV programme broke all of ITV2's viewing records. You really have to get on bored – sorry board.

We're here to help! Here's everything you need to know about Love Island, complete with all the talking points that will make it sound as though you've spent your evenings at home Tweeting about why Adam is a sex wizard (or whatever), when you actually spent it socialising with your Mum – the only other person you know not watching Love Island. Right, here we go.
Let's keep it brief. Before you can talk about it, you need to know what it is. So, what actually is Love Island? 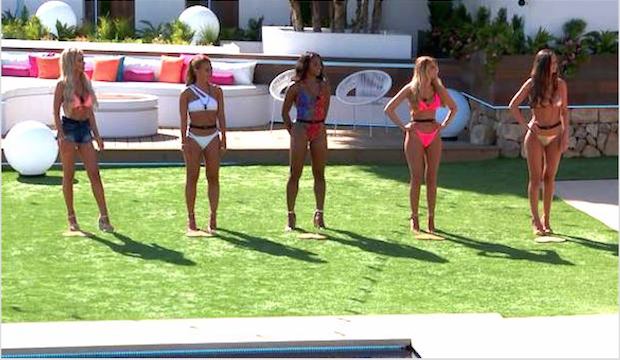 Love Island is basically Big Brother does sex. 11 super toned wannabe reality TV stars arrive in a villa on the island of Majorca and try to find love. By which they obviously mean fame and the £50,000 reward.

This season, we've six boys and five girls (for now) who are trying to get a 'perfect match' – i.e someone they can couple-up with and convince the at-home audience that their love story is winner worthy.

They all arrive in tiny swimsuits (apart from Caroline Flack the presenter, who is allowed to wear clothes – perhaps as a reward for being newly engaged). We're then treated to a ritualistic humiliation in which a boy picks a girl to be coupled with, based on the ladies' swimsuit appearances, but not before the girls state whether or not they fancy the man on offer. Which they basically don't.

The couples then share beds, go dating, change couples and are, eventually, voted off or sent packing. Jesus.
Say this: Love Island is just a voyeuristic theatre for people looking for some escapism. You don't have to be stupid to enjoy it...

Many seemingly super-smart people are absolutely hooked to Love Island. Why? Maybe it's having one hour every night when they don't have to worry about Brexit, or Trump, or their London mortgage (haha, as if. Sorry, London rent).

Perhaps it's the anthropological interest in noticing the difference in what people say to faces and behind backs, or how men really think about women, and vice-versa. Think of it as a social experiment.

Or, perhaps it's just the thrill of watching beautiful people slather themselves in sun cream and stick their tongues down one another's throats. Probably that one. But try to name drop all three.
Say this: isn't it hilarious that Danny Dyer's daughter is called Dani Dyer 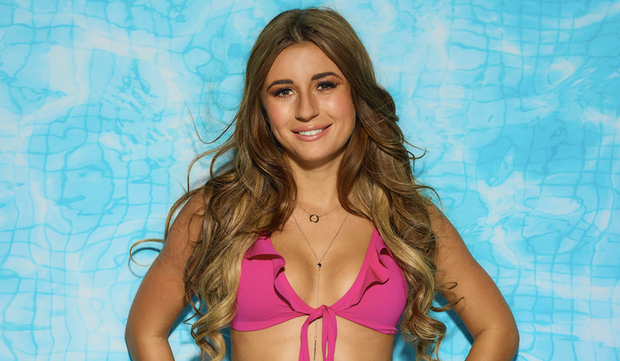 One of the contestants this year is Eastenders hard man Danny Dyer's daughter who, spectacularly, is called Dani Dyer. This ludicrous piece of gossip was revealed mid chat with Jack, the stationary salesman, and the boy with whom Dani found herself coupled.

Jack has pearly whites so florescent he can light up the contestants' way to the loo in the middle of the night with a smile, making both Jack and Danny Dyer the biggest idiots of the show. Not Dani, mind, we all seem to like her for the time being.
Question this: is it really healthy for us to be watching such an unrealistic subsection of humanity?

If you're looking for a reason to develop an unhealthy relationship with your body, then Love Island is the show for you.

Our semi-naked guys and gals all judge one another on their hotness. But, in a staggering lack of body diversity, there's not a millimetre of fat to be seen that hasn't been surgically injected.

The boys are sent into a self-loathing shame spiral about '15 abs' Adam, the personal trainer. Four perfect women (including one model) are spurned by various boys in favour of that week's most sexy.

The Love Island lesson is that being thin (or muscly if you're a man) equates to being worthy of love – no wonder you want to spend your evenings doing something else.
Say this: isn't it weird that no one fancies the doctor? 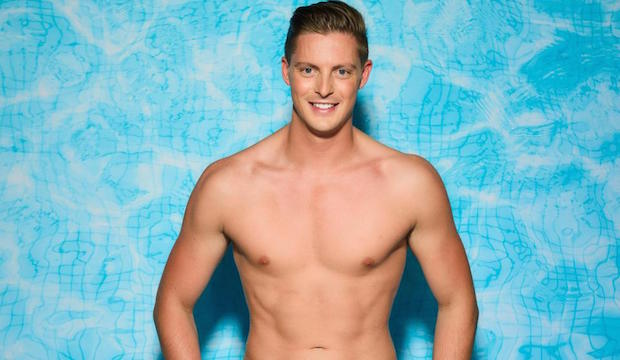 It's this man (above). Yeah. We know. Weird. This is Dr Alex George, and he's a 27-year-old A&E Doctor who describes himself as 'caring, kind and loyal' and who – for the first few episodes at least – absolutely no one found remotely attractive. No one stepped forward for him (Love Island lingo for 'I fancy you'). And the poor girl who was forced to couple up with him has been trying to escape ever since. He seems nice enough and perfectly normal. Perhaps that's why.
Know this: the Love Island lingo

Your Twitter will be filled with people discussing the 'sick chat'. The big ones to know are: '100% my type on paper' – self explanatory and came up a lot last year. 'Prang' – means nervous, anxious and showing it. 'Mugged off / Muggled off' – to have someone go behind your back but, because of the Harry Potter fans in the house this year 'mugged off' has become #muggledoff'. 'Pied off' – means dumped. That's enough for now.
Be outraged by this: 21-year-old model Hayley needing to have the word 'superficial' explained to her 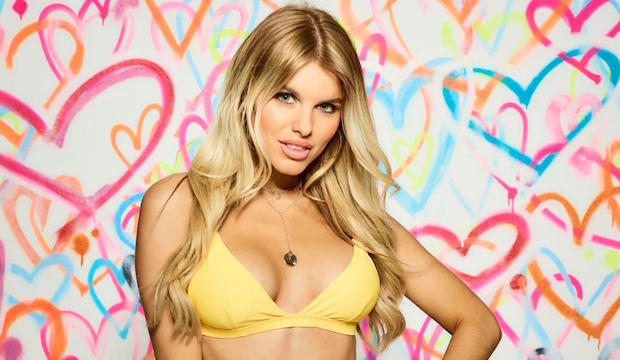 The theme this year is to stand around half naked talking about how 'deep' you are (or 'layered').

'[My type is someone] who isn't too superficial' said one of the boys.

'What does superficial mean?' said Hayley. 'Are you like quite deep? I love a guy that's deep.' Oh God, make it stop. Please make it stop.
Know this: it's alright to do something else with your evenings. In fact, you definitely should

Always stupid, mostly boring and absolutely, utterly vacuous – and yet a compelling watch for everyone on social media, Love Island is THE big TV show of the summer, and you've got at least six weeks left of everyone talking about the naked nightmare.

Still, at least now you'll be able to join in the chat, without actually having to dedicate your free time to the show. You're welcome.