During this hiatus, David has found filmic success – he directed Clear History for HBO and wrote his own Broadway show, A Fish in the Dark. But, for many, these achievements place in comparison to the news that the popular HBO comedy, with all it's Emmys, is returning.

TRY CULTURE WHISPER
Receive free tickets & insider tips to unlock the best of London — direct to your inbox
Curb your Enthusiasm has had remarkable longevity. David's quirky, semi-retired TV writer and his poignant satire of American social mores has been entertaining us since 2000.

This October the show returns to Sky Atlantic for season nine. Following the pervious season, in which Larry failedl to flirt with a woman on a plane by using the irresistibly smooth line 'look at these shoe laces', this series sees him continue his masterless navigation of the dating scene in LA. There's also a disaster regarding a faulty alibi, which compells him to seek sanctuary in New York.

Expect to see the usual ample supply of celebrities happy to play comically fictionalized versions of themselves, previously this has included big names like Ben Stiller and David Schwimmer (appropriately enough for a show that’s been ‘on a break’ for so long). The trailer excitingly shows Bryan Cranston (of Breaking Bad fame) lined up for the new series.

All in all, pleasant return to form with a few nice surprizes thrown in to this worthy reboot. We can't wait. 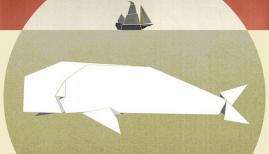 The Best Talks in London this Autumn