Where to eat truffles in London

Did you know that white truffles cannot be cultivated? They're only found in the wild by specially trained pigs between October and early December, mostly in Piedmont. No wonder they're known as 'white diamonds'.

As such, they are of course strikingly expensive, but the taste is like nothing else. For white truffle virgins, think earthy and pungent with sensual, almost musky aroma. Many even claim they have aphrodisiacal qualities. Black truffles have a deeper, more bosky taste and make better partners to more boldly flavoured dishes.

We've scouted out some of the best restaurants and most creative ways to enjoy truffles black and white this season. 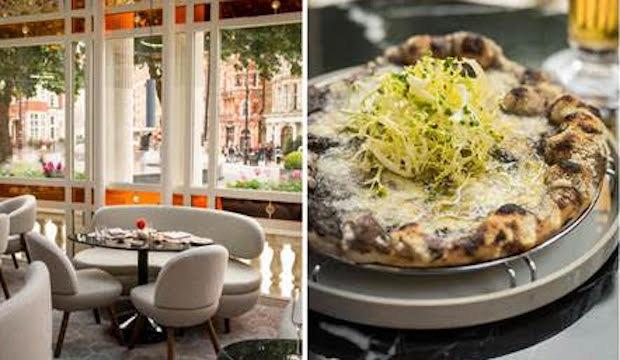 Truffle pizza: Jean-Georges at The Connaught

Where but the grandest hotel in town, The Connaught would serve truffle pizza. This sublime, ravishingly thin and crisp based pizza topped with fontina cheese and black truffle is the creation of world renowned chef Jean-Georges Vongerichten who has 37 restaurants bearing his name around the globe.

Sharing a truffle pizza in the exquisitely luxurious yet laidback dining room where most of the seating is curvaceous sofa-like banquettes has to be one of London's most romantic date propositions.

Dinner for two: £120 including drinks