Natalie Portman, Daniel Radcliffe, Matthew Mcconaughey, Bryan Cranston... When it comes to 'true story' films, 2016 has attracted plenty of talent. But has it been put to good use? 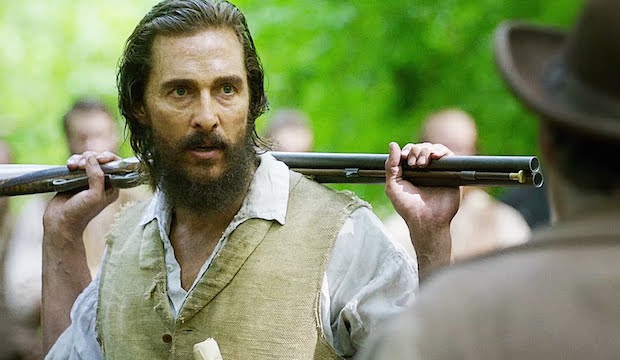 The best and worst recent 'true-story' films
'Based on a true story', 'inspired by true events', 'all of this actually happened, we promise'... However a film lets its audience know that it's a dramatisation of historical fact, there are going to be mixed feelings. 'True stories' are an excuse for turgid filmmaking as often as they provide the framework for a great movie.

2016 has been no different – listed below are the best and worst 'factual' feature films we've seen over the last few months.

Maybe the ecstatic response to Jackie is just one of gratitude: here is a biopic of a venerated female political figure, starring a bejewelled/bewigged actress, and it's not a weak dispiriting failure. More specifically, it's not Grace of Monaco starring Nicole Kidman or Diana starring Naomi Watts.

But we've seen it, and we can confirm the hype is justified. Jackie – about Jackie Kennedy/Onassis both before and after the 1963 assassination of her husband – is a bona-fide triumph, managing to be sensitive while avoiding the petrification of over-reverence. And it helps that Natalie Portman turns in a performance that reminds us what a potent actress she is.

Born to be Blue is an unusual example of an actor not being as good-looking as the real-life person he's playing; and this is especially unusual, as the actor is Ethan Hawke. Granted, he plays jazz trumpeter Chet Baker, and Baker eventually did so much heroin that his face resembled an origami skull made of crepe-paper. But young Baker was all sorts of perfection.

Otherwise, Robert Budreau's biopic is excellent. As with Jackie, it sidesteps both the deathly predictability of traditional biopic structure and, most importantly, the confines of hagiography. Born to be Blue follows its subject to a surprisingly downbeat ending that doesn't flinch away from its protagonist's abiding weaknesses.

read our full Born to Be Blue review

Jackie and Born to be Blue are both very impressive, but the atmosphere in both is elegiac, sometimes even funereal. Thank god, then, for Imperium, in which Daniel Radcliffe plays an undercover FBI agent trying to bring down a neo-Nazi terrorist cell.

That sentence – 'Daniel Radcliffe... undercover FBI agent... neo-Nazi terrorist cell' – tells you all you need to know. It's like the 'Blake Lively v. Shark' film, The Shallows. You know what you're getting, and you'll probably know whether or not you'll like it.

You will like it, of course. It sort of goes without saying.

It's a testament to the sheer preponderance of bravery in WWII that, in 2016, there are still tales of extraordinary heroism that are only just becoming known to the general public. Anthropoid is named after Operation Anthropoid, the codename for the assassination attempt on Nazi official Reinhard Heydrich, a true story rich with cinematic potential.

Sean Ellis' film only partly explores that potential, mostly in its final breathtaking act. Until its explosive finale, there are a fair few WWII clichés to sit through. We found that it helped if you just stare into Cillian Murphy's eyes. It puts you into a kind of pleasant trance until the shooting starts.

Bryan Cranston firmly puts his Breaking Bad days behind him with this story of a moustachioed family man out of his depth in a world of drugs, money, and murder.

read our full review of The Infiltrator

Sometimes watching a 'true story' film like Free State of Jones can make a reviewer come over a little antsy. This is clearly a rubbish, boring film, she thinks. But it's about a man who stood up to slavery, who defied the partisan violence of the American Civil War. Am I going to give him two stars? Conversely, am I reviewing slavery and war, and saying these are good things? Am I a bad person for disliking this film?

For the consummate professional, these thoughts happen over a span of mere milliseconds. Then she remembers that there is no obligation to approve of any film that neglects character or pacing for a stultifying lesson in American history.

read our full review of Free State of Jones