Interview with Tomasz Wasilewski, director of United States of Love 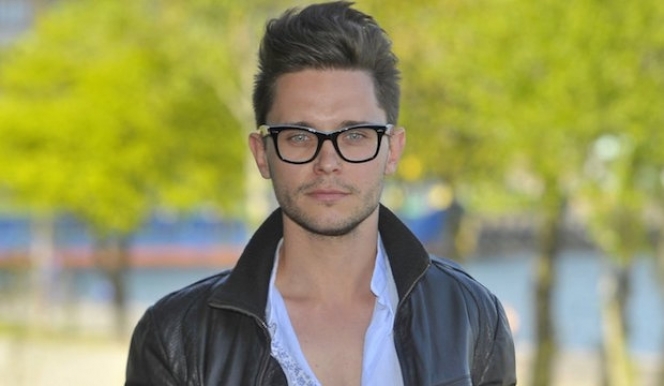 Tomasz Wasilewski, United States of Love director
Floating Skyscrapers was one of the best dramas of 2013, but it was also one of the bleakest; United States of Love, director Tomasz Wasilewski's follow-up film, is just as feel-bad and just as brilliant. Telling the story of four women in a recently-democratised Poland who struggle with the small disappointments and compromises of everyday life, Wasilewski's film shows a maturity of vision that belies his youthfulness. We talked to him about his inspiration and his method.

Read our review of United States of Love here.

This film tells the story of four women, based on your childhood in Inowrocław. Which woman’s story is the most interesting to you?

You know, the stories themselves aren’t real, it’s more about the place. I tried to recreate these places: the school, the swimming pool, the dance classes at the local community centre. So the world was built from my memories, but the stories themselves are simply a fantasy I invented. After the fall of communism at the end of 1989, my father emigrated from Poland and lived in New York for many years, while I stayed at home with my mum and my older sister. The house was always filled with women, which is why I remember that time from their perspective.


Although we have this one character, Edek, who emigrated to Germany…

Ah, indeed. There are little references, but this isn’t autobiography. I’m not interested in making films about myself. But yes, Marzena’s husband is called Edek, and Edek is also my father’s name. And there’s one scene, where Marzena and Agata are watching a video tape he sent them from Germany, and that’s a real video of my father. He used to send them to our family when I was a child, so I wanted to use something authentic, as this was the reality of many families at the time. Communism was over, the borders were opened and suddenly there was this freedom that the Poles didn’t really yet know what to do with. Many of them moved abroad simply to earn money, so many families were separated for many years. These stories are a reflection of real life, but they are imagined. The stories and the women.


You’ve been described as a women’s director. This is a film built on your memories, but how did the women who lived through that time react to the film? Did they say “Yes, that’s what it was like!” or “No, things were different”?

I was at an audience event with my actresses, and many women said that they remember feeling torn. If a wild animal is raised in a cage, and you open the cage, the animal won’t come out because it believes this cage is its home. And these women told me that they felt something like that. There was this sudden freedom, they could leave those concrete housing blocks and go, only they didn’t know where. Not just the women – at that time, particularly in smaller towns, people didn’t have the tools to take hold of that freedom. They felt a loneliness and isolation, this great passion and desire for change on the one hand, and on the other hand this inability to make it happen. We have to remember their background, their upbringing, their entire life spent in this cage. It’s difficult to reshape yourself as a fully developed adult. 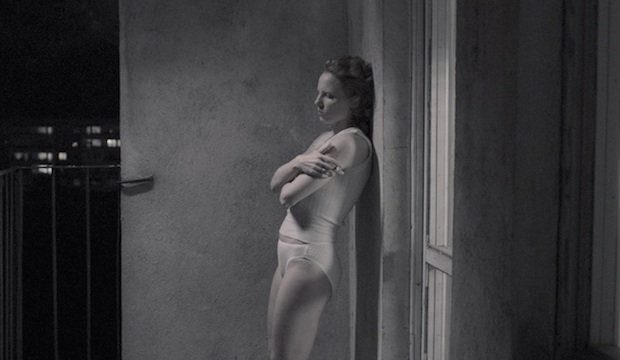 And the changes were very, very rapid.

Yes. All of a sudden, the world was open to them. I was ten years old then. I remember a time without telephones. That’s why my father sent us these cassettes from the States. I remember when I received a single piece of chewing gum as a Christmas present. Because that’s all we had. There was nothing back then, the shops were empty. I remember watching German television in 1990 and seeing an advert for Bounty, on an island with palm trees. I thought that I would never eat one of those chocolate bars or visit a beach like that. Now I can hardly believe it, but that was our life. These people, these women, they had internalised this lack of possibility. And that’s why they felt torn, because they had this desire for a different life.


In the film, you show us various states of love. Why is the only state that’s missing...

...happiness? I always touch on the most difficult moments and emotions – characters that are broken, battered, on the brink – that interests me the most. Maybe I’m in that phase of my life or creativity. I believe in happiness, that people are happy in love, but right now I’m not interested in telling those stories.


How do you bring out these deeper emotions?

Well, that’s why I don’t use music. The United States has no specially composed music. Silence can be magnificent, it can be its own music, but it can also be very difficult, especially in those hardest, most emotional moments, for the protagonists and for the audience. I needed these women to be wrapped in silence, so the music would not help them in any way. To make this film as uncomfortable for the audience as possible. That is precisely when the viewer is able to feel those emotions, to live the film. I also use a lot of master shots, completely uncut scenes filmed in one take. I place the camera there and watch, with no music, then you really get the atmosphere of the place. Then the emotions are real. That’s how I dispel the cinematic illusion. I think that’s also the key to examining my films, that they’re very close to real life. The feeling that this situation is really happening. 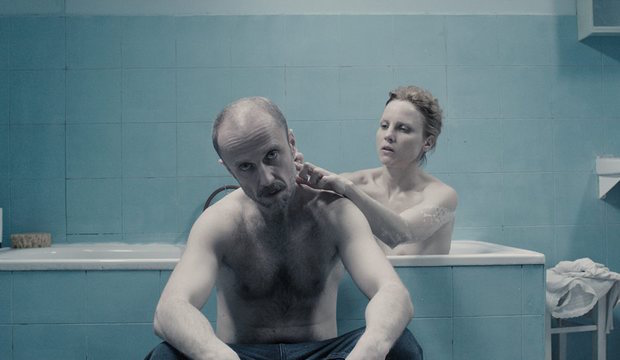 They’re very difficult. You see, it’s easy to write a lot of words which are very emotional, but also very declarative, which makes them wrong… because we don’t talk a lot in real life. Often we’re overtaken by emotions, and only the most important words come out. We don’t speak in beautiful, rounded, literary sentences. We’re not like that. So I work on these scenes an awful lot, always keeping the emotionality of the character in mind, what do they feel, what might flow out of them. I also work closely with my actors. We discuss the scenes after rehearsals, then I go back and change them, or rewrite them from scratch, because they have to look like life. And that’s bloody difficult.


In the film there’s a rental shop full of pirated video tapes...

Yes, at that time people would open up their own rental shops. They’d take a 360 minute VHS tape, record two films on it and rent them out for money. Nobody cared about copyright, there was just this black market. I loved these rental shops even back when we didn’t have a VHS player. So I’d go and look at these tapes and read the titles. I spent so much time there as a child.


What did you see there, what did you feel and imagine when you read those titles?

“This is my life” (laughs). Really. It was my biggest passion.


Do you see yourself as part of Polish cinema, or international cinema?

I’ve noticed that my films don’t have borders, and that is truly amazing. I focus mainly on the people, on their emotionality, and emotions have no borders – no nationality, no age or place of origin, no race or faith. They don’t know time – people love and suffer today as they did ten or one hundred years ago. Society was different, people’s experiences were different, but their emotions were the same. I’m happy that my films are universally understood. If you look at the international sales, United States of Love was sold to thirty-one countries.

All my films have been abroad. I can’t imagine making a film that would only be shown in Poland. For me, being a director, a screenwriter, a creator, is always about telling stories that can touch people all over the world. Cinema has no borders, especially this kind of cinema. The backdrop of my films has always been Polish, but that’s just the background. At their core, they’re films about people.


Written and translated from the Polish by Andrew Attwell
Share: