Why The Mummy should be the scariest film ever

As The Mummy – starring Tom Cruise and Sophia Boutella – hits cinemas this Friday, we think about the franchise's enduring appeal 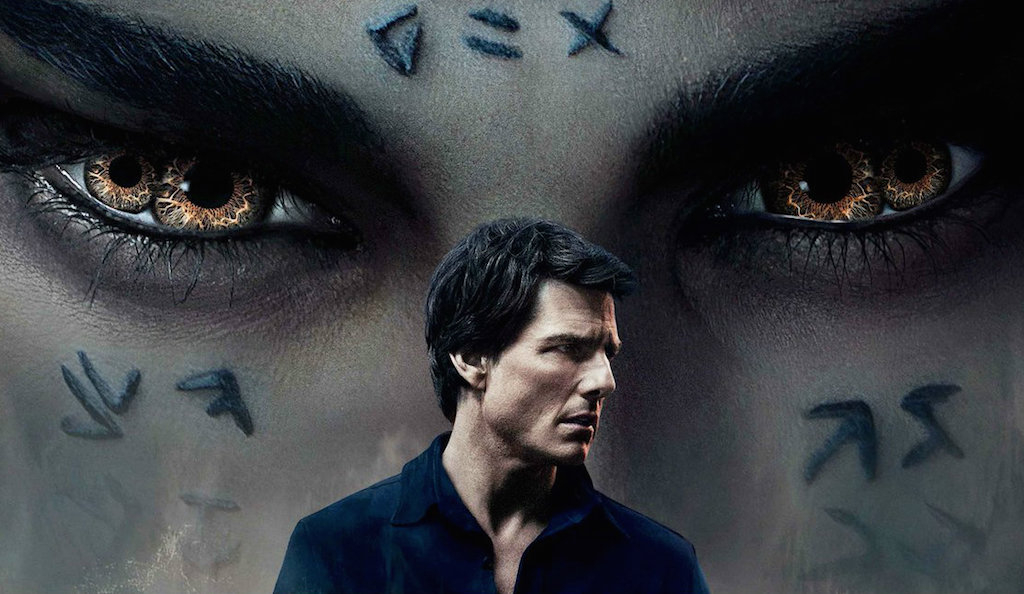 The Mummy – Tom Cruise, Sophia Boutella
Everyone knows that mummies make for the best Halloween costumes. All you need is a roll of Andrex and a few hairpins. When no one at your party has bothered to go ‘full ghoul’, you can unravel in seconds, emerging from your toilet paper chrysalis ready to socialise unhindered.

'Mummy’ is only a poor choice of outfit if you take your dressing up seriously, because there’s nothing sexy or scary about a Halloween mummy (Halloween being when sexiness and scariness intersect). It’s a look that’s more cuddly than dangerous. It evokes a Carry On sense of mishap – a man covered from head to toe in bandages, his words muffled – rather than any sense of the uncanny.

But real mummies are uncanny. They’re the very definition of it. Walk around the British Museum and remind yourself of exactly how fundamentally bizarre it is that these specimens are even shown there, ‘real’ people displayed alongside coeval artefacts.

TRY CULTURE WHISPER
Receive free tickets & insider tips to unlock the best of London — direct to your inbox
In a way that simple skeletons never can be, mummies sit right at the bottom of the dark ‘uncanny valley’ between human beings and objects. Under the harmless bandages they are utterly different and undeniably recognisable.

So you can see why, in 1932, Universal Studios decided to follow their successful monster films Dracula and Frankenstein with The Mummy. But their superb brrr-factor – playing on horror of both mortality and immortality – isn’t what characterises a traditional ‘Mummy’ film any more.

It used to be. The ‘awakening’ scene in The Mummy still manages to induce the creeps. But by 1955, the Mummy franchise – which had continued with The Mummy’s Hand, The Mummy’s Tomb, The Mummy’s Ghost, and The Mummy’s Curse – had been played over a decade ago, and was ripe for a parody like Abbott and Costello Meet the Mummy.

So when The Mummy was reincarnated by Hammer Horror for the 1960s, the films tended towards campness and self-parody, ending up with the distinctly sexploitative Blood from the Mummy’s Tomb in 1971.

The same thing happened in 1999 when Universal reclaimed The Mummy as a franchise. Daft, fun, and starring the irrepressibly game Brendan Fraser, the ensuing Indiana Jones pastiches hardly capitalised on the enduring power of their villain. The ‘mummy’ in those films was just an excuse for the whole post-modern malarkey of quips and action set-pieces, and it looks like the reboot will follow in this tradition (with better special effects and fewer jokes).

It was almost otherwise. In the ’90s, horror writer Cliver Barker wanted to remake The Mummy as a ‘dark, sexual’ movie, low-budget and violent. If he hadn’t managed to make a truly horrifying Mummy, then George A. Romero would have done – the Dawn of the Dead director almost did a version, and it’s hard to think of someone who could have done more justice to the undeadness of the Mummy character. These Mummies never made it beyond the conceptualisation stage, and audiences have had to make do with far more innocuous movies.

(Even more tantalising is the idea of a mooted Mummy film starring Daniel Day-Lewis as a ‘brooding’ Imhotep. We’ll never know how long Day-Lewis would have remained buried in a pyramid, buried in scarab beetles, in order to do justice to the role).

It’s almost as though the inherent freakiness of mummification is too much for those who make films about mummies. Universal Studios doesn’t want to include the horror that makes mummification so morbidly fascinating, because that horror is icky and uncomfortable – i.e. uncanny – and it would compromise the mainstream palatability of their franchise; but because the remakes largely shy away from the horror that’s the source of their intrigue, these movies are disappointing and lame.

Perhaps the new movie will be suitably chilling. From the trailer, however, it more closely resembles a superhero movie than a horror film, with Tom Cruise being gifted incredible strength to fight the slinky new Mummy (Sofia Boutella). So rather than the uncanny, we have two near-invulnerable opponents throwing vehicles at each other to little effect. Whatever: awesome. Good for you, Universal. But we suspect that if we unravel The Mummy’s bandages, there’ll be nothing but air inside.