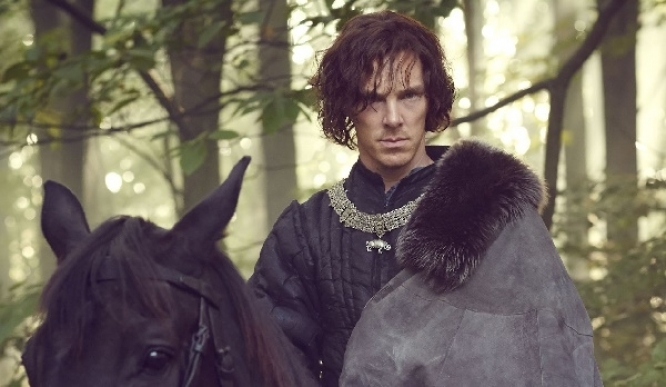 The Hollow Crown: episode two review
If Tom Sturridge stole the show as Henry VI in last week’s instalment of The Hollow Crown, this week it’s Benedict Cumberbatch’s turn to soak up the limelight. He stars as a regicidal Richard III (who, by some strange and tangential twist of fate turns out to be his third cousin sixteen times removed), and does a fairly remarkable job.

As any member of the Richard III Society can tell you, Shakespeare’s vision of the monarch likely has little basis in reality. This is a folkloric character, a figment of the sixteenth century imagination. So plainly dramatic a character is he that any actor who takes on the role runs the risk of straying into burlesque.

Fortunately, Cumberbatch doesn’t. He retains much of what makes Richard so immediately compelling - the Machiavellian scheming and the sheer bloodthirstiness – but also makes much of his insecurities. This is a traumatised man, with a sharp and painful sense of his difference from those around him. The monologue that closes out the episode is surely one of the most brutal and affecting in the Shakespearean canon, and it’s delivered with real pathos here.

Equally compelling is Sophie Okonedo as Queen Margaret. Married to a king far too flimsy to retain the throne, she tries desperately to preserve a dynasty for her son. As she does so, she grows ever more ruthless, treating her enemies with a contempt that rivals Richard’s.

There will be those who complain that The Hollow Crown doesn’t do much to bring the bard up-to-date. It’s a fair point. Director Dominic Cooke eschews the tendency to modernise by way of a more contemporary setting. Instead, he delivers an unapologetic period piece. These, he seems to suggest, are plays which can stand the test of time, whose resonances are still so resounding that they require little re-contextualising.