The Big Sick is the 2017's funniest film so far. We chatted to BAFTA-winning actor Adeel Akhtar 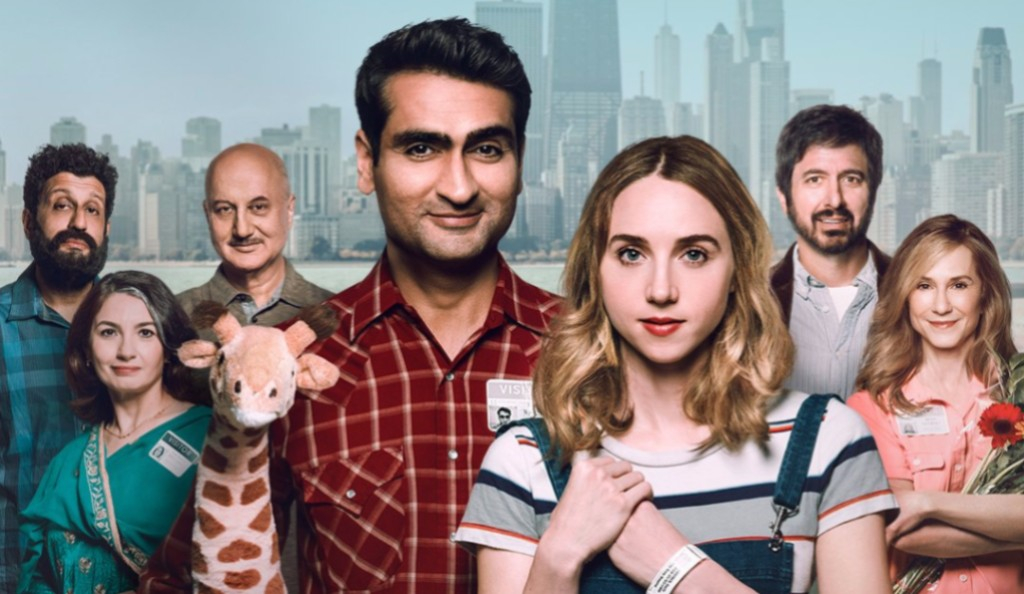 The Big Sick
It looks like we're about to lose Adeel Akhtar to America.

Sure, he's had roles in Hollywood films before. But, as funny as he was in The Dictator (2012) and Pan (2015), the films themselves were, well, panned. For a while it looked like Akhtar was better suited to the kind of strange roles that can only be found in Britain.

For a particularly fervent and bug-eyed kind of fan, Akhtar will always be geeky survivalist Wilson Wilson from adored cult show Utopia (2013 - 14); for others, he's the hapless terrorist Faisil in the pitch-black satire Four Lions (2010) – the controversial 'jihadi comedy' that marked the directorial debut of comedic genius Chris Morris.

TRY CULTURE WHISPER
Receive free tickets & insider tips to unlock the best of London — direct to your inbox
But now Akhtar is starring in The Big Sick, a film that manages to combine a shiny white-toothed American-ness with the sharper, darker sensibilities of British comedy. Based on the true story of how stand-up comedian Kumail Nanjiani met writer Emily V. Gordon not long before she fell into a coma, it's a truly modern romcom about love and life-threatening illness. Akhtar's also in Ghosted, a new supernatural sitcom starring Parks and Recreation's Adam Scott, so perhaps the US has finally found good things for him to be funny in.

But what's interesting about Akhtar is that he's not exclusively a comic actor. A bit-part in The Night Manager last year was followed by the lead in the BBC drama Murdered by My Father, the story of a man who honour-kills his own teenage daughter. Akhtar won a BAFTA for his portrayal of the tortured Shahzad, thus becoming the first non-white man to win the award for Best Actor.

We caught up with him over the phone, and asked him about the difference between comedy and drama.

There are several comedians acting in The Big Sick. Have you ever considered doing stand-up?

I'd love to think that I could, but I don't think I'd be very good at it. I look at stand-up comedians with a bit of jealousy.

I was listening to Kumail [Nanjiani] on Charlie Rose, and he said if you want to be a stand-up you can just decide to do it, and six hours later you can do a set. It's very self-determined. You're in charge of yourself.

But then to make films it takes ages. It took Kumail five years [to make The Big Sick]. But who knows? I know some stand-ups who sit on an idea for three years before they're willing to share it with people. 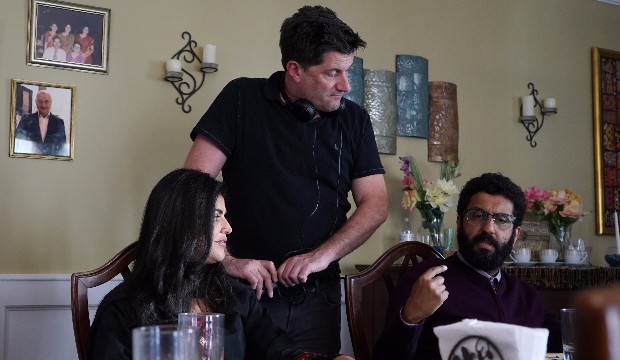 The writing process can take ages, but presumably there's something improvised about performing. Do you like having a solid script and clear direction, or do you like being able to do your own thing?

It depends on so many things, doesn't it? I've done stuff where you've got a script and there's no reason to go off it because it feels so satisfying to say those particular words in that order. The writing's so good you can't think of anything better.

And then there's other things you want to add a bit too, and sometimes that works. That's really satisfying as well, when the people you're working with tell you that's OK to add a bit of a flourish.

With Four Lions, there was a tight script, but then you'd get a shout from behind the camera to do a really nonsensical thing, and you'd do it. And you wouldn't understand why you were doing it, but later you would. It's all such a mystery - what works and what doesn't work.

When you've have had the chance to expand on a role and improvise a bit, do you relish or dread it?

Oh, I feel dread about everything. I'm terrified. Even if it's just two lines. You get on the set and they go 'action' and nothing will come out your mouth. I feel dread about it all. I'm in this thing called Ghosted. I was terrified from the start, and then there was a moment where I eased into it and everything clicked into place.

So you start off nerve-wracked, and by the end you're quite enjoying it?

That's usually what happens. You find a rhythm for yourself and you follow it and things sort of slot into place. Or sometimes you get so nervous that you're looking up and thinking 'argh, I don't know what I'm doing'. And then the director will come in and help. In the scenes I had with Kumail, I was definitely very nervous before I sat down, but then... you pick up on this unspoken thing. I understood what direction he wanted to go in.

So presumably some performers are better at putting you at ease than others?

Maybe. I've done stuff where I'm just running off complete nervous energy. I did this Bob Mortimer thing where I had to do the Charleston in a little sailor costume, and as I was doing the Charleston my bum came out in front of the crowd. It was a surge of adrenaline because you're in front of an audience, and you're running on that wave.

You're aware that it's completely silly, and there's nothing to ground you. It's just you, in a little tight sailor costume, with your bum out. Very sensual. And that's magic, that's really fun.

Do you think Four Lions and The Big Sick are different types of comedy? Do you have a preferred type?

I suppose what they do in America, and what Judd Apatow [producer of The Big Sick] does very well, is take quite emotionally raw topics but then end with a hopefulness. Rightly or wrongly, this could be seen as an Americanized way of doing things.

Even though by the end of The Big Sick Kumail's parents have turned their back on him, he's stepping into his future and becoming who he wants to be. Whereas in Four Lions the main character steps into a Boots and blows himself up.

Four Lions felt like it was pushing the boundaries of what subject could be made into a comedy. Where's the line between comedy and drama for you?

I always try and test that idea. Because I look at people who are really really good at laughing at things they shouldn't be laughing at, and conversely dramatizing things that are inherently funny, and they don't see a difference between them. But they're very good at it because they can tell the joke well.

So do you think there could be a comedy on the same subject as Murdered By My Father?

I can't see one, but then that's not my job. My job [in Murdered By My Father] was to invest my character with emotional truth, and try to communicate the idea that he was going to commit an abhorrent act, to take the emotional steps towards that.

It's like with satirical and religious cartoons... There's a conversation to be had: is there stuff that you shouldn't be making jokes about? I don't know - I'm not a writer. I'm not as smart as Chris Morris.

Exactly. He just does this amazing, pinpointed, laser-like satire that's undeniable. You can't mess with it, really. His brain just works in a different way.

Click here to read our review of The Big Sick, which is in cinemas July 28