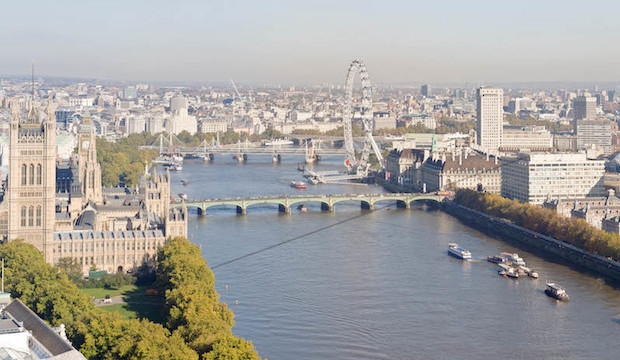 © Pawel Kowalczyk, London Zip Wire, The Thames
Charity-driven Londoners have today been the first to try out a zip wire which has been set up over the Thames as part of a fundraising effort to raise money for a children's hospital. The line was rigged by the London Fire Brigade and begins 52 metres high on the roof of St Thomas' Hospital, jetting over the waters to the South Bank's Victoria Gardens.

The high-octane ride gives viewers a view of the Houses of Parliament and Elizabeth Tower as they cruise over the Thames and is comprised of a 463m wire which allows thrill-seekers to travel at up to 40mph.

The idea for the wire was the brainchild of London Fire Brigade's Deputy Assistant Commissioner Andy Roe, who pitched the idea after the Evelina staff treated his nine-year-old son at the facility. 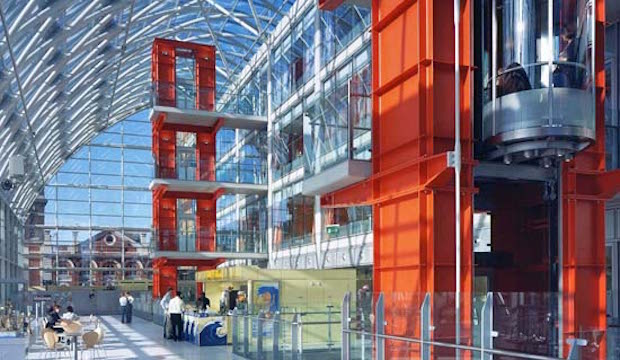 Unfortunately, the wire is open for one day and is only available to those who have donated £50,000 or more to the cause, so the rest of us will sadly have to cross the bridge as usual. Participants included Lord Stanley Fink, model Rosie Tapner and Evelina London's president.

Evelina is hoping to raise £2.7 million to build a Clinical Research Facility to help children with autism, epilepsy, heart and kidney disease and allergies.