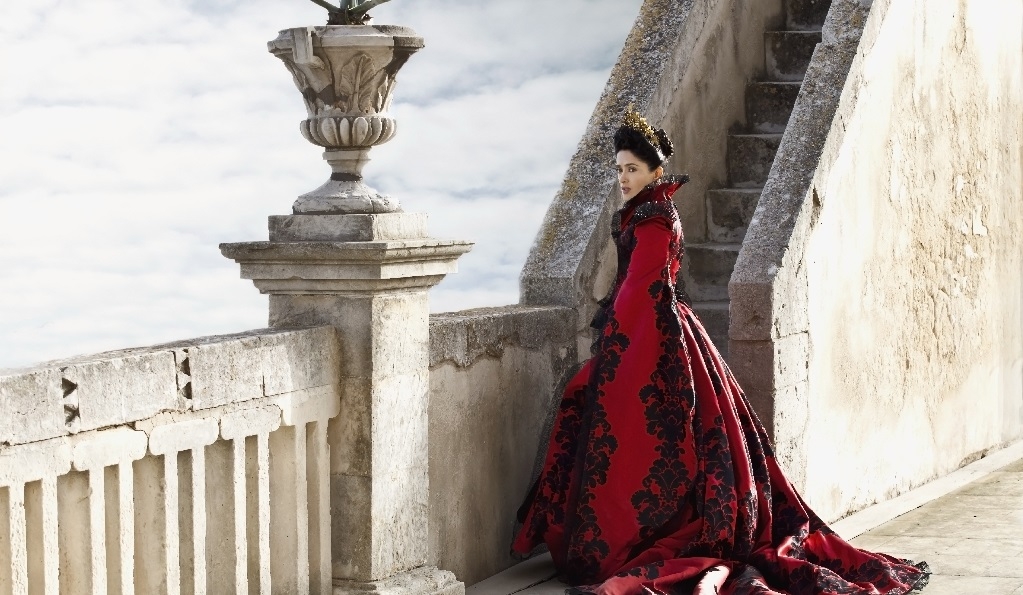 If you're familiar with films Gomorrah and Reality, you'll know Matteo Garrone's work. A stalwart of Italian neorealist cinema, he's made a career with his unusual, often disturbing films that deal with gritty subjects from the mafia culture to Big Brother. His films are recognisably grim, very realistic, and structurally complex.

Now the Italian director has created something entirely different. Garrone's latest film, Tale of Tales is his first work in the English language: it's a fantasy horror, based on the 17th century Neapolitan fairytales by Giambattista Basile. Though the originals are relatively unknown in mainstream culture, the tales are the earliest literary sources of the likes of Cinderella, Rumpelstiltskin and Hansel & Gretel, and inspired authors from the brothers Grimm to J.K. Rowling.

Visually stunning, the film hones in on three distinct tales lifted directly from Basile's work. One sees a queen, played by Salma Hayek, devouring the heart of a giant sea monster; the next, a terrifyingly lustful king (Vincent Cassel) on a mission to seduce; and the third another king, played by Toby Jones, doting on a giant pet flea.

It's an ambitious project with vast landscapes, stunning cinematography, and a whole host of terrifying monsters, that give Guillermo del Toro a run for his money. The aesthetic ranges from classical to baroque and Gothic. The music is spectacular. Even the costumes seem to convey emotions of their own; the delicate jewels on Hayek's tiara quiver as if with rage, the weighty ruff on an old woman's robe shrouds her in steely determination.

We caught up with Toby Jones and Matteo Garrone to discuss making such an unusual film.