Are they all going to die? Poldark episode two gets silly and flirty, but we still love it 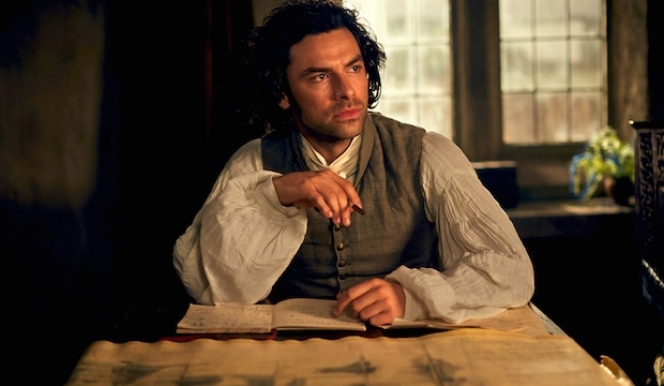 Have you recovered from the first episode of Poldark yet? What a dramatic start to series two that was! Whisper it: Francis, oh Francis, oh what were you thinking? Where on earth are these cruel and capricious scriptwriters going to go with episode two?

Well, no matter what becomes of poor old Francis. We need to get back to the main plot: our glorious, oily, hairy, hero Poldark, who finally comes before the judge for the crime of plundering a shipwreck. If you can’t remember the specifics of what he did or didn’t do (it was a while ago now), fear not. Episode two is little more than flashbacks and court testimonies. You’ll know it painfully well by the end.

This week, things get quite silly. George Warleggan (Jack Farthing) really leans into the caricature of idiot comedy villain. He ostentatiously tries to orchestrate a guilty verdict for Poldark by paying witnesses, talking to the judge and whispering his evil plans loudly in corners with his greasy-haired manservant. He lacks only one white cat.

Mr Warleggan’s foolproof plan, we’re reminded, is to see Poldark hang so that he can bully Poldark’s wife, the fiery haired Demelza (Eleanor Tomlinson) into selling our hero’s mine. There’s no evidence to suggest that Demelza would ever sell it, but who cares. And why Mr Warleggan wants the mine anyway is a total mystery. Anyone who has ever seen an episode of series one Poldark knows it won't make him any money. But whatever.

Despite being mostly innocent, or possibly a bit guilty, but of the wrong things, Poldark’s lawyer makes it clear our hero is in a very tricky situation that can only go one way (to the noose). The lawyer spends the episode screaming: “the case against you being too strong” and fretting that the judge: “wants to make an example of you”.

Except, that of course, it’s the jury who decides, which everyone seems to have forgotten. So all that worrying and fainting and trying to talk to the judge looks like a pointless waste of time, for all involved.

The best bits of this episode once again come from the new kid, heiress Caroline Penvenen (Gabriella Wilde), and her toe-curlingly obnoxious flirting. Fortunately, the sexual tension between her and surgeon Dwight is enough to keep us gripped, so we're predisposed to forgive the rest of Poldark its silliness.