Polunin Returns to Covent Garden OH NO he doesn't... 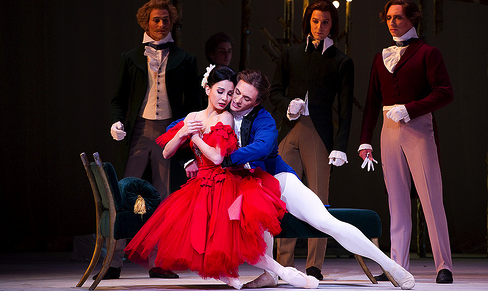 Tamara Rojo as Marguerite, Sergei Polunin as Armand photo 2013 ROH
As if his reputation for unreliability was not already toxic enough, Sergei Polunin has now pulled out of two performances with the Royal Ballet, where he was supposed to partner the Russian ballerina (and on-off girlfriend) Natalia Osipova in Frederick Ashton's Marguerite et Armand.

He had last danced the role of Armand opposite Tamara Rojo, then still a Royal Ballet principal, in 2013.

The announcement that Polunin would now return to dance with the Royal Ballet, from which he famously stormed out mid-rehearsal, mid-contract in 2012, came in April, after months of rumours that delicate negotiations were in progress for his return.

Royal Ballet watchers had noticed that whereas all the casts had been printed and announced for the Royal Ballet's final programme of the season dedicated to the company's founding choreographer, Frederick Ashton, in front of Osipova's name there remained a tantalising TBC.

Well, that TBC is back again, and we await an announcement from Covent Garden as to who will replace Mr Polunin.

It'll probably be too much to expect that the Royal will give us chapter and verse on this startling, but sadly not totally unexpected development.

Sergei Polunin, however, is not known for his reticence. The man who after his original walkout of the Royal ascribed his decision to feeling "stifled," "not being allowed to do commercial work," "not being recognised in the streets," or simply "not enjoying rehearsals", is bound to have something to say about this latest debacle.