New book by Thomasina Miers, Chilli Notes hymns the virtues of the warm, earthy and (who knew?) fat-busting chilli. The food writer, restaurateur and mother tells us her London cultural highlights 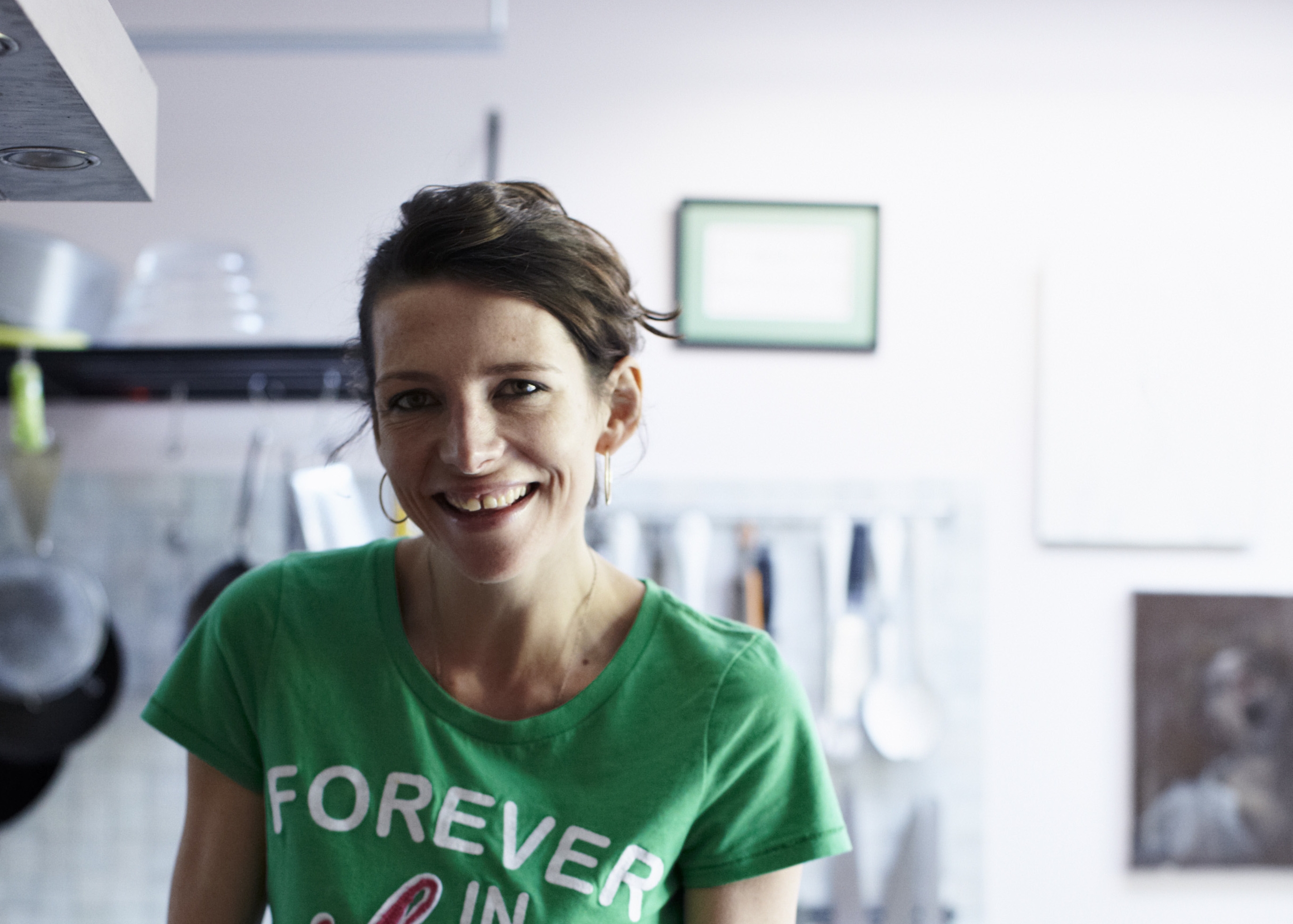 Thomasina Miers Interview: London Cultural Diary
Winning Masterchef in 2005 was just the start for Thomasina Miers. Wahaca, her restaurant chain, has brought quality Mexican street food to London’s masses, while the glorious colours and flavours of Mexican Food Made Simple inspired a generation of home cooks to make their own Chipotle en adobo.

When she's not running her restaurant empire, she campaigns on issues around food. London recently saw her helping to feed 5,000 people in Trafalgar Square in aid of the Pig Idea, which argues we should do our bit to save the planet by feeding our leftover food to pigs (currently, bizarrely, illegal).

The idea for her new cookery book,  Chilli Notes; Recipes to warm the heart (not burn the tongue) , came to her while on maternity leave with her first child, Tatyana, now three.

"When I was pregnant I suffered from morning sickness and poisoned myself for Mexican for a while. I felt the need to return to the very personal food I’d always cooked at home, with the added awareness, after my daughter was born, that juggling a job and family means most people can’t cook complicated food during the week."

"The book is a mixture of approachable things you can throw together and more intensive cooking designed to be done over the weekend. After all, it’s the role of a cookery writer to tempt people into cooking more and I take that very seriously.The book explores the flavour of chilli, rather than just the heat. It’s wonderful for adding bite and sparkle to dishes."
[and are also, according to Tommi’s publicist, ‘naturally high in vitamins and essential minerals, chillies also happen to be anti-carcinogenic, anti-diabetic and handy tools for weight loss. The feel-good factor they give when releasing endorphins around the body cannot be overlooked either; a proper aphrodisiac’].

Food: Lyle’s, Shoreditch, opening in May
James Lowe, formerly of Ten Bells in Spitalfields and St John Bread and Wine, is a really fantastic cook. He’s now launching his own restaurant in the Tea Building in Shoreditch. I’ve always loved that intuitive style of cooking; it's seasonal, fresh food that nourishes you and makes you want to eat. It’s been a five-year project finding the right space so I’m excited for him.

Exhibition: The Vikings , the British Museum, until 22 June 14
I took my daughter to Sensing Spaces at the Royal Academy and it was amazing for children. There is so much in London even for a three year old. I’m looking forward to the Vikings on my own behalf and I can’t wait for Tatyana to be old enough to do a sleepover at the British Museum!

Book:  A God in Every Stone , Kamila Shamsie
I was introduced to this Pakistani writer by Antonia Fraser. Her fifth novel Burnt Shadows was shortlisted for the Orange Prize for Fiction and the new one is on my hit list to read.

Festival: Chilli Chilli Bang Bang , 9 – 10 May 14
Street Feast, Tweat Up and Wahaca's chilli festival will be held in Dalston Yard and feature street food, Jose Cuervo chilli tequila cocktails, DJs and live entertainment along a chilli theme. I’ll be there, and so will Giorgio Locatelli, Gizzi Erskine, Stevie Parle, Tom Parker Bowles and Allegra McEvedy to do demos. Plus there’ll be chilli chocolate from Rococco...

Theatre: A View From The Bridge, The Young Vic
This play by Arthur Miller has had rave reviews. [Culture Whisper’s preview reported: ‘In a production with a particularly international flavour, one of the great American classics of the 20th century is directed by Belgian visionary Ivo van Hove, who is directing in the UK for the first time in his celebrated career.’]

Exhibition: anything I can pay a flying visit to
Growing up I was intimidated by art because I was a more mathematical than artistic sort of child. Now my all too limited time is stretched between art and theatre and I feel particularly art-starved. My husband’s approach is to visit galleries for only 45 minutes or so. That way you don’t get too tired and leave wanting more.


Chilli Notes by Thomasina Miers, £25, is published by Hodder & Stoughton on 8 May 14