Rauschenberg at Tate: In pictures 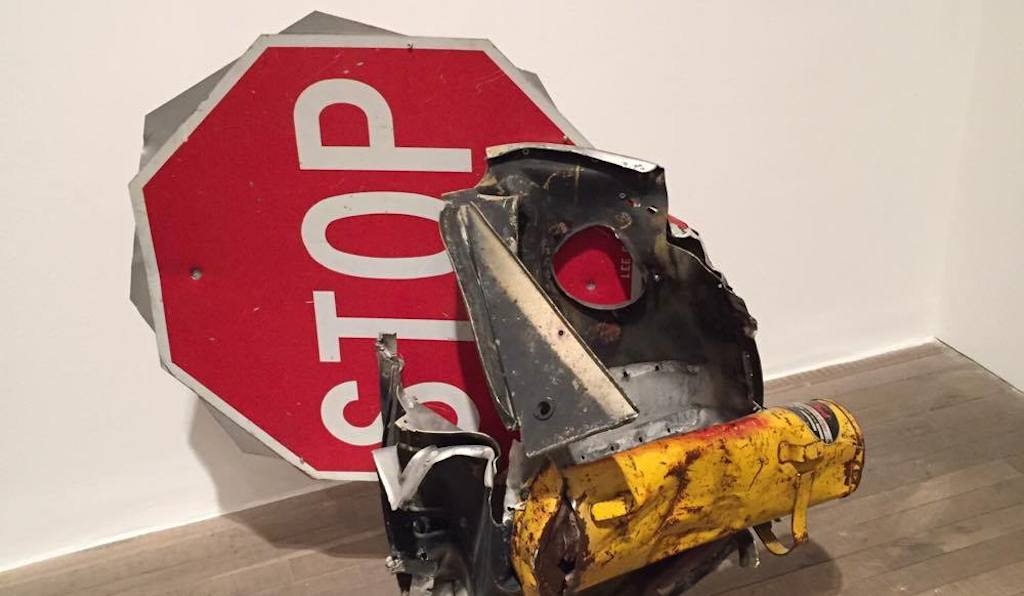 In 1985, Rauschenberg took a rare visit to his home state of Texas. He immediately noticed the effect of the 1980s oil crisis on the landscape of what had been a prosperous state. The Gluts series, 1986-9, 1991-4, were made from discarded gas station signs, oil cans, car parts and other pieces of metal.