As the hospitality sector is threatened by a 42 per cent increase in rent, does this mean that more gastropubs will close their doors before long? 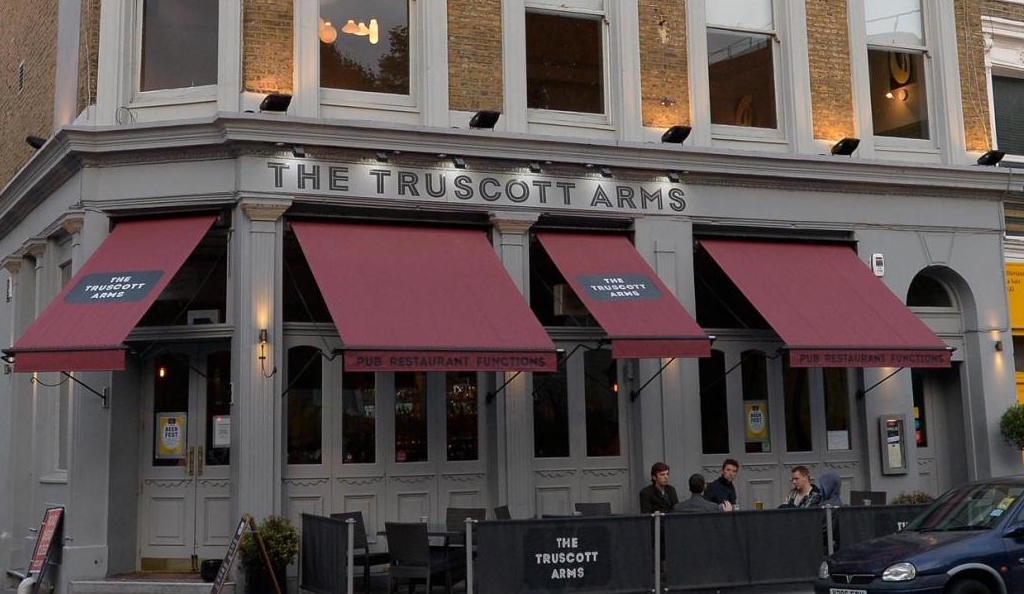 Are London gastropubs doomed?
Commerical rents are due to rise by up to 42 per cent and, as the hospitality sector comes together to appeal to Chancellor Philip Hammond, it is the smaller independent eateries that are most vulnerable. High streets all across Britain will be affected and in London it will be our beloved gastropubs under the most pressure.

Businesses warn that the increase in rates will make it harder for pubs and restaurants to thrive post-Brexit. They write: 'Margins in our sector are already under intense pressure, due to the cumulative impact of increased wage, training and regulatory costs.'

Indeed some establishments have already been struck. The closure of Maida Vale’s excellent and award-winning gastropub The Truscott Arms sent a mixture of disappointment and horror through the industry back in 2016. It has long been accepted that central London rents are astronomical and often unconducive to the restaurant industry, save for the most lavish of Nobu-esque establishments.

TRY CULTURE WHISPER
Receive free tickets & insider tips to unlock the best of London — direct to your inbox
Yet there is something chilling about an acclaimed and popular local place being subject to the whim of a landlord, who chose to arbitrarily treble the rent (and then demand an extra £300k in ‘back payments’), resulting in the doors being closed immediately. For a place that does superb food under the chef, Aidan McGee, it is a loss to the locale and London in general.

The onslaught of luxury flats
The question is whether, in a post-Brexit world, such miniature tragedies are likely to become the norm. Certainly if rents rise further, the crazily overvalued London property market means it makes more sense for sizeable buildings, such as the Truscott Arms, to be sold and developed into that old canard, ‘luxury flats’. There are various policies to stop this happening – and indeed the landlords successfully had it listed as an Asset of Community Value in an attempt to put paid to any change of use – but in the face of bundles of cash, such mealy-mouthed considerations might no longer exist.

Save the lesser spotted gastropub
So if this does become the case, what does it mean for dining out in London? We can expect that a large number of beloved smaller places in esoteric parts of the city will remain untouched, thankfully, as the revenue generated by their success will probably outweigh any attempt to turn them into flats or other businesses.

Yet the grand Victorian buildings that house many gastropubs, especially in places like Maida Vale that command seven-figure prices for the properties round there, are almost certainly at risk. It is not impossible that, by 2020, the gastropub will be an endangered species, bar the occasional ersatz version launched by a celebrity chef to diversify their profile. (We exclude Heston Blumenthal’s Michelin-winning establishments from this, because they’re the real thing.)

London dining diversifies
This is, in most regards, a pity. With 21 pubs a week closing due to high prices of drinks anyway, it would be sad to watch some excellent establishments disappearing because of rapacious developers. Yet out of the darkness might come at least a little light. Chefs like McGee are too talented and interested simply to disappear off into the bowels of bigger establishments. While waiting to open their own independent places, one imagines that they will head to surviving pubs and launch pop-ups there, often of a more experimental and unusual bent than they might have been able to before.

This, in turn, will hopefully spread across London, meaning that areas that have been neglected by the rise in pop-ups and casual dining will hopefully get their own chance to host interesting places for a couple of months. Finally, one hopes for a democratisation of great cooking – and if this means that a few zillionaire fat cats end up choking on their umpteenth serving of foie gras and caviar, so be it.