New Movie Releases: Five Films to see in May

We've rounded up this month's best films: May 2016 brings you a new Terrence Malick film, a Jane Austen adaptation and a touching college comedy from Boyhood director, Richard Linklater 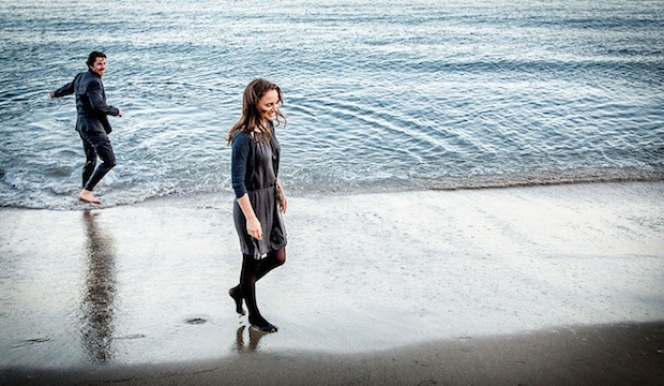 Knight of Cups film still
Springtime weather may be unpredictable, but these films are a dead cert. So take shelter from spring showers in front of the silver screen; we've rounded up the best films to watch in May 2016. From heavyweight auteur Terrence Malick to an Oscar-winning debut from director László Nemes, there's plenty of great cinema to watch this month.

Fresh from its victory for Best Foreign Language Film (Oscars 2016), director László Nemes' moving Holocaust drama makes it way to the UK. Son of Saul follows Saul Ausländer, a Jewish inmate who is forced to dispose of his compatriots' body at concentration camps. One day, he finds a body under a pile: a young boy he believes is his son. With a sparse script and tight camera-work, Son of Saul is a challenging but rewarding piece.

Click here to read our review of Son of Saul

Legendary director Terrence Malik returns with an all-star cast including Christian Bale and Natalie Portman. Bale's Rick is an LA-based comedy writer stuck in an existential crisis who wanders through garden parties and vast landscapes and a string of relationships. It might not be an instant classic, but with masterful camerawork from Emmanuelle Lubezki and (yet another) star turn from Cate Blanchett, it's worth a watch.

Click here to read our review of Knight of cups

This debut film from Deniz Gamze Ergüven about five girls trapped in a family home is no rip-off of The Virgin Suicides. The sisters are locked inside – after an account of bad behaviour from a neighbour – and married off one by one, in ritualistic fashion. It looks outwards from their viewpoint as the claustrophobia mounts and creates a slow burn of a summer film. Mustang brims with originality and the young actresses shine, in an outstanding and sparkling feature – and another Oscar nomination for Best Foreign Language Film.

Everybody Wants Some!! Release Date (UK) 13 May

Linklater's follow-up to Boyhood is more of a sequel to Dazed & Confused – with a heavy dose of 80s nostalgia. Follow Glee's Blake Jenner as he tries to keep up with the fast-paced fun of a baseball fraternity. Amongst the empty beer cans, there's a warmth and profundity. Guaranteed to leave you with a warm glow as you head into summer.

Click here to read our review of Everybody Wants Some!!

Cult director Whit Stillman returns with this buzzed-about adaptation of a less well-known Austen work, Love & Friendship. Kate Beckinsale is set to tear up the screen in the leading role, and she's joined by Last Days of Disco co-actress (and indie favourite) Chloë Sevigny. Beckinsale plays Lady Susan, a devious down on her luck aristocrat who sets her eyes on Xavier Samuel's eligible Reginald De Courcy. Prepare for a period drama with punchlines.