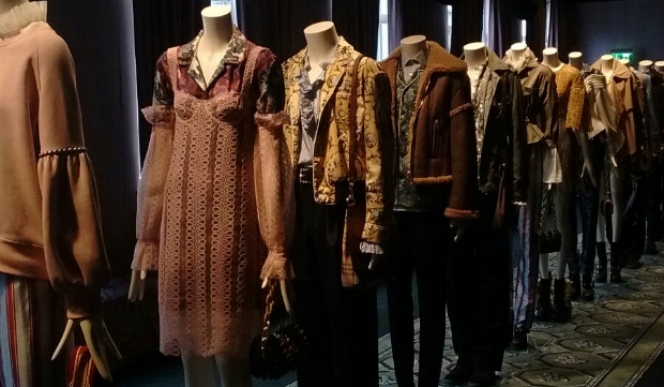 Burberry collection, photo by Maialen Maugars
Stitching together a trend piece after a fashion week is patternless. There’s a pinned shape for the new season but nothing is stitched into place yet. Fashion, especially street style, is fluid.

Everyone wants the shot of the models relaxing after the show, or the make up artists lovingly peeling the pressed flowers from her cheek. Or the woman standing in the middle of the road astride the dotted line in a puffer jacket. No one wants to stare the catwalk down like a runaway train. Everyone wants a different angle.

Even fashion doesn’t keep a straight face anymore. Charlotte Olympia sent a women dressed as a pineapple down her catwalk.

We hope she’s joking. The pineapple trend was just bearable for a summer. Can we celebrate a fruit that doesn’t look like a Pokémon next?

But here are the impressions we’ve taken away from London this week. The looks we hope we haven’t seen the last of.

1) The floral headband is dead. Long live flowers on the face. 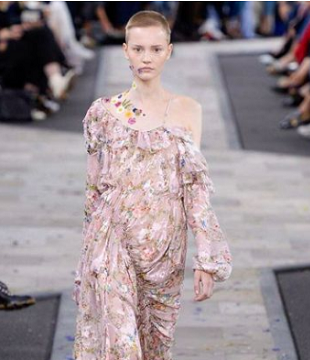 Thank you, Preen, for the prettiest new trend that seems to come straight from dancing at Bestival. We saw the ‘I slept on glittery crisps’ look at the festivals, but now we want to dig out our flower press for the next round.


2) Loungewear has slipped into something even more comfortable 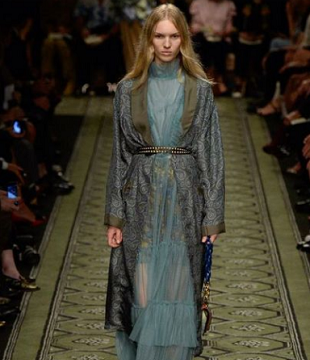 Burberry revolutionised a lot of things this season. Firstly: a catwalk you could buy immediately, secondly: men’s and women’s shows on the same catwalk. But thirdly, and most importantly, coats that looked suspiciously like luxurious dressing robes.

3) Pink is still very much on trend 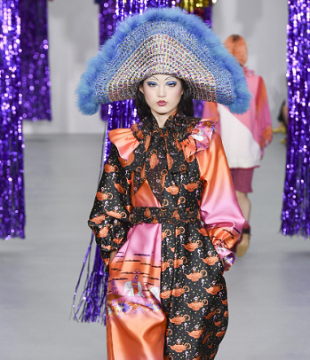 As Rocksanda Ilincic showed with her wooden catwalk space, and Ryan Lo showed on his girly models, you don’t need to fear pink to be taken seriously. Men also take note.

Wishful thinking on our part, but we really want tassels to feature next year. And Burberry did put a few on their shoes and capes- big Bactrian camel-like levels of shaggy yellow tassel. The new fringing. And on boots, the new meaning of the word camel toe.

5) You can still wear animal print 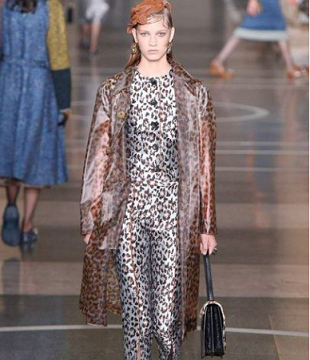 But only if you pretend you found it in an 80s market and it’s zebra print (Topshop Unique) or if it's translucent and printed on a plastic mac (Christopher Kane). 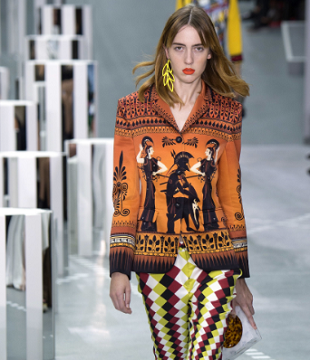 But if you wear JW Anderson’s they do look like Matisse cut-outs. Also seen at Simon Rocha, Mary Katrantzou…and kind of everywhere.

Keep your bag on a chain like it’s some crazy pet. Loop silk scarf into. As seen at Mother of Pearl, Burberry… and kind of everywhere else.

8) Off-the-shoulder dress trends might die, but the fruit trend will not

Yes, you’re very kooky, Charlotte Olympia. Yes, Sophie Webster, those are very exotic shoes. But we are fed up of fruit themes. We don’t only eat fruit in Spring/Summer. This trend is bad for our health. 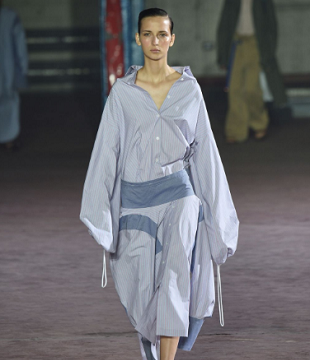 Deconstructed at Joseph and laid back at Eudon Choi, the shirt dress lives on.