Kanye's back. And love him or hate him, you can't avoid the hype. Here's our guide to his new album and why it matters 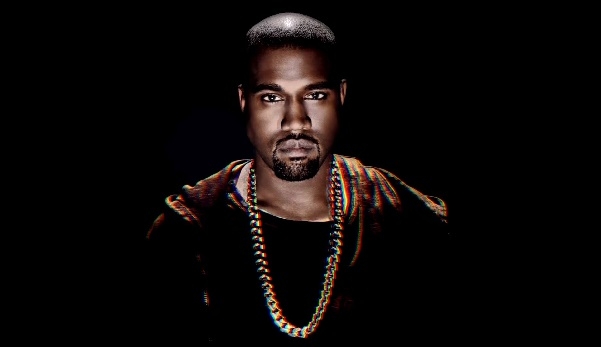 Kanye West
The Life of Pablo

‘My greatest pain in life is that I’ll never be able to see myself perform live.’ There are few musicians who could make such a wildly hubristic claim and come away with their credibility more or less intact. Kanye West is one of them. His behaviour is at times inexplicable, at others offensive, but there's no doubting his influence on popular culture.

His new album The Life of Pablo was released in suitably spectacular fashion last night, premièring at Madison Square Gardens in a live-streamed spectacle that also involved the launch of his fashion line Yeezy Season 3. Expectations were high, not least because of Kanye's own hype.
The build up

Always one to give understatement a wide berth, Kanye took to Twitter in late January to announce 'this is not the album of the year. This is the album of life.’ A week later, he later backtracked a little, explaining 'out of respect for Q-Tip, Puff, Hov, Lauren, Pharcyde, Mary, Stevie, Michale, Hendrix, James, Pete Roc, Pac, Marvin…this new album is ONE of the greatest albums not the greatest just one of…’

Beyond the confines of Twitter, he kept his cards pretty close to his chest, and his words decidedly cryptic. In an interview with Vanity Fair, for instance, he described the album as ‘a sonic landscape, a two-year painting.’ There's no doubting that he's a master of mystery.
The backstory

The Life of Pablo is Kanye’s seventh studio album, arriving almost twelve years to the day after his debut The College Dropout . Since then, much has changed; he's gone from a Louis Vuitton sporting debutant and production whizz to a defining artist of his generation. His music has transformed as well; starting out as a master of soul-sampling, pitch-shifting production, more recent records have seen him take increasingly abrasive, industrial textures.

2015 saw a string of collaborations with Paul McCartney, ranging from stripped-down balladry to bass-heavy bombast. He followed up in 2016 with 'No More Parties in LA', a collaboration with Kendrick Lamar, and 'Real Friends', which found him channelling Drake-esque sincerity, fretting about self-interested acquaintances and his own communicational failings over a smoulderingly nostalgic beat.

Watching the première felt slightly liking watching a broadcast from the future, with rows of models in space-age garb, and songs heavy in Auto Tune played from a laptop as their creator looked on. For the most part, it was pretty serious stuff, played with a decidedly straight face.

But amid the severity of it all, there were touches of playfulness: splashes of primary colour on the models' outfits, and a particularly self-aware verse about public image. ‘I miss the old Kanye’, he rapped at one point, ‘the chop up the beats Kanye,’ effortlessly skewering the attitudes of nostalgic fans.

If the evening made anything clear it was just this: that Kanye is not one to rest on his laurels. This isn't just true of his music, which is more richly produced and lyrically accomplished than it's ever been. It's also true of his approach to the the boundaries between different media.

At one point, he projected a teaser of a video game he's made, featuring his mother's journey through the gates of heaven. Several minutes later, he announced another intention; ‘to be the creative director of Hermès would be a dream of mine. Oh that's a bad idea?'

There are few other artists who are so unabashed in their ambitions, and with this multimedia spectacular, you can't help but feel that Kanye's come closer to realising them. So when he says something like 'I just want to bring as much beauty to the world as possible,' you might laugh, but you can't deny that he's on the right track.