David Bowie in His Own Words

As the world mourns the passing of David Bowie, we take a look at the great musician in his own words. 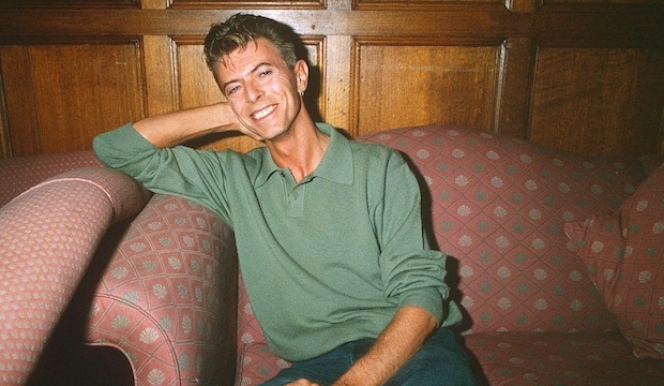 David Bowie in 1991 Photograph: Richard Young/REX/Shutterstock
David Bowie, rock music’s greatest trailblazer, has passed away at the age of sixty-nine. His music – from the early folk rock to the cosmic glam of Ziggy Stardust, the cocaine addled synthetic funk of Station to Station to the definite avant-pop of the Berlin trilogy – stand as monuments to his genius. Parallel to his musical and performative deftness, Bowie was also one of pop's most articulate icons, simultaneously mysterious and honest.

A few years ago, Letters of Note unearthed a response he wrote to Sandra Adams, one of his earliest American fans. Dated 25th September 1967 – a couple of months after the release of his self-titled debut album – it shows a surprising openness for the star who would soon become famous for his theatrical stage personas:

“My real name is David Jones and I don't have to tell you why I changed it. "Nobody's going to make a monkey out of you" said my manager. My birthday is January 8th and I guess I'm 5'10".”

He goes on to discuss Robert Frost and filmmaking, displaying a humility and thoughtfulness rare in the brash world of rock. This sensitivity is apparent in a 1983 interview for Musician, where he discusses his 70s personas:

“As an adolescent, I was painfully shy, withdrawn. I didn’t really have the nerve to sing my songs onstage and nobody else was doing them. I decided to do them in disguise so that I didn’t have to actually go through the humiliation of going onstage and being myself. I continued designing characters with their own complete personalities and environments. I put them into interviews with me! Rather than be me — which must be incredibly boring to anyone — I’d take Ziggy in, or Aladdin Sane or The Thin White Duke. It was a very strange thing to do.” 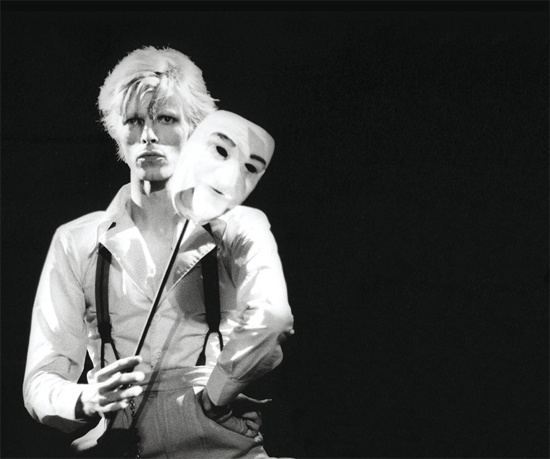 As his star rocketed into space and beyond, he came to set the standard for the self-reflexive rock star, discussing his work with grace and humour. Here are three of our favourite Bowie quotes on his fifty years of activity.

“My entire career, I’ve only really worked with the same subject matter. The trousers may change, but the actual words and subjects I’ve always chosen to write with are things to do with isolation, abandonment, fear and anxiety, all of the high points of one’s life.”

"I re-invented my image so many times that I'm in denial that I was originally an overweight Korean woman."

“Maybe I am insane, too – it runs in my family – but I always have a repulsive need to be something more than human.” 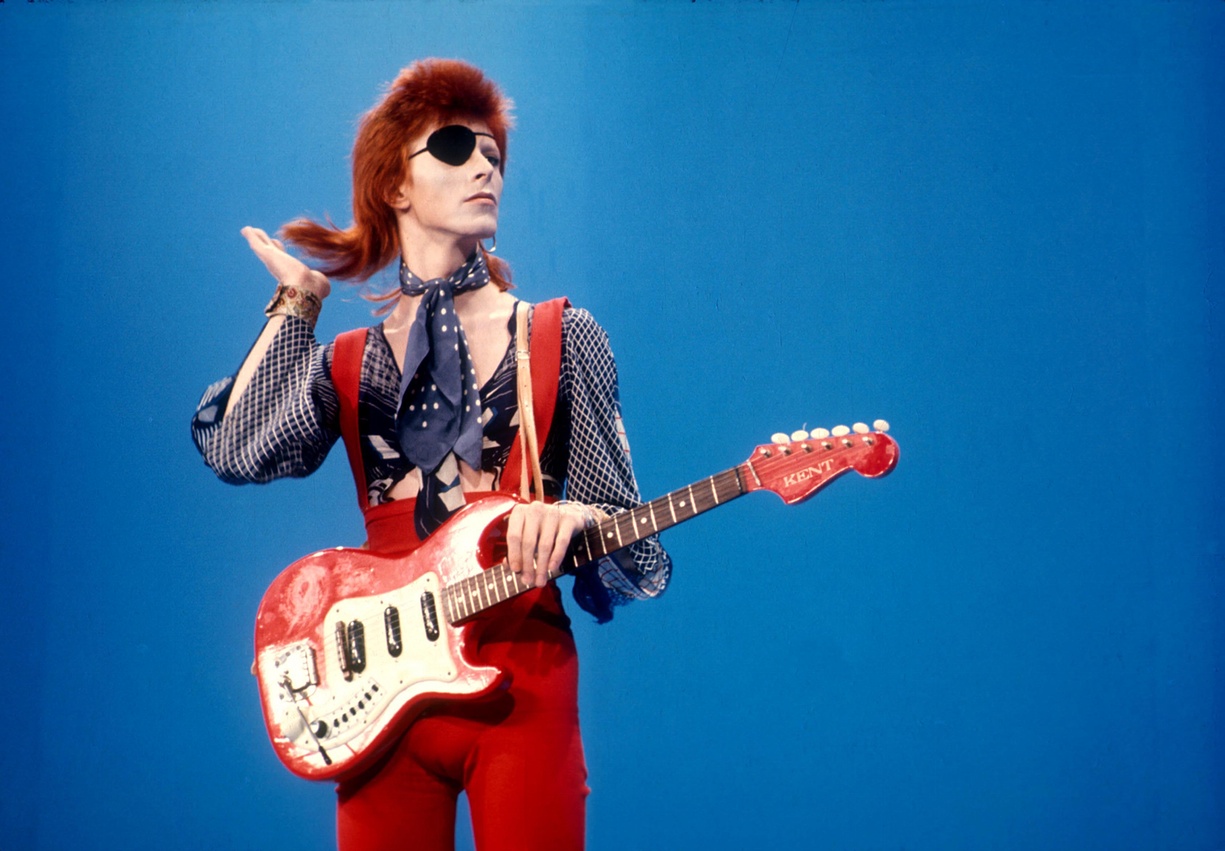 With his omnivorous creativity and permanently youthful appearance, you would be forgiven for thinking of Bowie was some sort of unaging, superhuman being. But the man himself was always circumspect about his life. In a 2002 interview with the BBC, coinciding with the release of return-to-form Heathen, Bowie spoke openly about aging.

"As I get older my questions are fewer, but I ask them more. I bark them, rather than ask them… The song ‘Heathen’ is about a man confronting the realization that life is a finite thing and that he can already feel it — life itself — going from him, ebbing out of him. The weakening of age. And I didn’t want to write that. I didn’t want to know that I do feel that. Who does? … You must realize, though, ageing doesn’t faze me at all. It’s the death part that’s really a drag.”

New album Blackstar - released just a week before his death - seems to suggest that Bowie had since come to terms with his mortality. The song 'Lazarus', whose video depicts the singer lying in a hospital bed, opens with the lines:

"Look up here, I'm in heaven
I've got scars that can't be seen
I've got drama, can't be stolen
Everybody knows me now"

The record, which has received universal critical acclaim, has become the final testament to his talent. The man may be gone, but his work will continue to enchant and inspire.