An interview with a pioneer: catching up with John Cale

We interviewed John Cale, founding member of the Velvet Underground, prolific producer and solo artist, ahead of his Roundhouse show 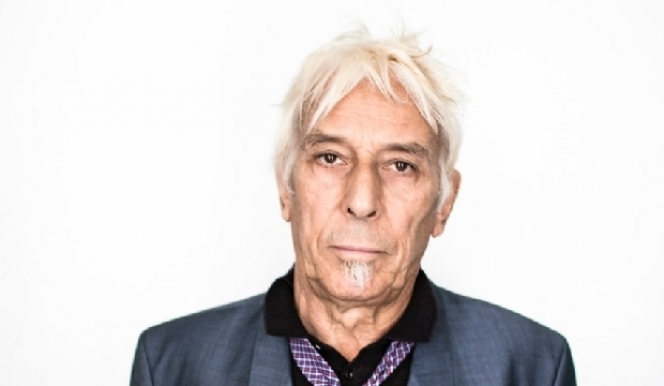 John Cale, Photograph: David Reich
There are few individuals who’ve had more of an influence on contemporary music than John Cale. In the mid-1960s, he and Lou Reed co-founded the Velvet Underground: the New York art rockers who effectively came to define an era, and whose impact on popular music since can hardly be overstated. The band’s history has been endlessly picked over, but suffice it to say Cale’s experimental sensibilities helped shape some of the group's, and the decade's, finest work. His amplified viola was a cornerstone of the Velvet Underground sound, lending ‘Venus in Furs’ its strange majesty and ‘Black Angel Death Song’ its brilliant discordance.

In 1968, Cale left the Velvet Underground, but remained prolific. As a producer, he worked on several of the era’s most iconic releases: Nico’s Marble Index, The Stooges’ eponymous début, and later Patti Smith’s Horses. His first solo record, Vintage Violence , was released in 1970 and since then, his output has scarcely let up, spanning everything from spoken word to classical soundtracks.

But while it’s easy to descend into fawning nostalgia when discussing Cale’s career, it’s important to remember that he’s a decidedly forward-thinking musician, with an unerring commitment to experimentation. His most recent project M:FANS finds him reworking his 1983 masterwork Music For a New Society. The record is due for release on January 22, and if lead single ‘Close Watch’ is anything to go by, we can expect a fiercely contemporary, electronically-informed re-imagining of what was once a pessimistic missive.

Ahead of the album’s release and his February 3 show at the Roundhouse, we caught up with John to talk M:FANS.

Your new album M:FANS is a re-working of Music For a New Society. What led you to revisit this material, and how was the experience?

I’d been approached by an arts festival in Denmark to perform one of my albums in its entirety and they were really pushing for Music For a New Society. I was also planning to delve into the master tapes to re-issue [the long out of print) Music For a New Society so I thought the timing of the festival made good sense. I could open up the arrangements and see what I could do to make the songs more interesting in a live setting. Once I started, I found it liberating to change the perspective of the original characters of 33 years past. A serendipitous opportunity - perhaps I might find satisfaction in re-telling the story of an excruciating period I’d hoped to never revisit. In the end, I’m pleased to have M:FANS as a modern companion to the re-issued Music For… it wasn’t easy - brought out all sorts of buried demons in the process.

You’ve an extensive discography. How do you look back on what you’ve done so far? Does the material still resonate with you?

I’m always more interested in what’s next. I hate repeating things which is why I don’t often listen to things I’ve done prior. When preparing for touring or concerts, I do need to consider my catalogue as I’m rehearsing the band so that's where I tend to look back at material from all periods. I guess I’m good with everything I've done so far. I can always find something I wish I’d done a bit different, but overall, it’s always honest at the time and that's most important to me.

What are the moments you’re most (or least) pleased with?

I hated the VU reunion. Such a wasted opportunity to do something with all four of us together again. I wasn't interested in regurgitating the same old same old - you can listen to the records if that’s all we were going to do. Experimental improvisation was missing - such a disappointment.

‘Close Watch’ has a very contemporary electronic sound. What can we expect from the new record?

It was important to me that M:FANS is of the now - the songs are still very personal and the only way to re-tell the story is through today’s perspective. It’s critical to evolve, especially when I’m looking back - it can’t be the same - it is different - the time span demands it. Where once there was despondence, now its perseverance…it runs the gamut of my emotions – it’s all in there - raw and twisted - stripped bare and bombastically loaded — all with a sense of purpose.

Amber Coffman from Dirty Projectors features on ‘Close Watch’. Are there any other collaborations on the album?

Once I came up with the new arrangement, I knew exactly who I wanted to provide the ‘ghost’ - Amber has a quality and style that was in my mind from the beginning.

You’ve a long history of working with other artists. What musicians are you currently excited about, or interested in working with?

I’m always interested in working with others who are fearless and authentic to a vision. So much can be learned from another point of view. The whole Donnie Trumpet Social Experiment - Chance the Rapper - man, I’d love to work with him. Always topping the list is Madame Erykah (Badu) - her latest with Andre 3000 is sick! Vince Staples, there are more but I’ve gotta run now…