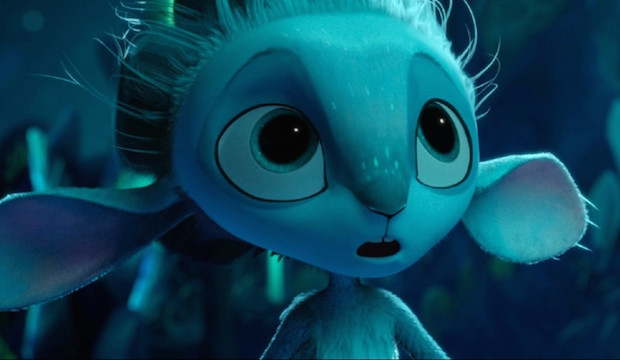 Lights, camera, action: this November unleash your child's imagination at the Barbican's film festival for youngsters. London's budding film afficianados have the exciting opportunity to explore the creative possibilities of cinema, discover different methods of storytelling from around the world and push their own creative talents at the Barbican's Framed Film Festival 2015.

Throughout the November weekend, films from different corners of the globe will be on offer, giving families the chance to cosy up and immerse themselves in magical stories from different cultures and worlds of filmmaking.

Imaginative and magical, this festival gives kids a hands on approach to filmmaking and helps them to learn about what happens behind the scenes. Children can discover more about everything from directing and performance to special effects, with help from inspiring professional designers and artists. There's also a chance for little ones to create costumes and pictures, inspired by images and characters from the films. With so much on offer, we've decided to round up the best of the Barbican's Framed Film Festival. Here's a selection of our favourite things to do with creative kids in London.

All the events are suitable for children aged 4-11.

Kids Films on at the Barbican

Snoopy and Charlie Brown - The Peanuts Movie 21 November, 11am

Based on the world famous Peanuts comic strip, this light-hearted chiders story brings these favourite characters to life in a new, animated adventure in which loveable loser Charlie Brown decides to be cool and befriend the Red-Haired girl in the neighbourhood. Hilarity ensues.
Suitable for ages 5/6+

An Vrombaut is French-Belgian animator and creator of the children's cartoon 64 Zoo Lane. She is coming to the Barbican to introduce children to a selection of her short films for young audiences, including stories featuring giraffes, whales, wolves, cats, rhinos and many more.
Suitable for ages 4+

This beautiful children's film, based on a traditional Latvian fairy tale, follows the story of a vengeful witch who casts a spell on a young princess sending the land into turmoil and can only be rescued by the most courageous and true of heart. With a plot reminiscent of Sleeping Beauty, expect a quest, magical setting and a cast of beautifully animated characters.
Suitable for ages 7+

This beautiful, new CGI adventure follows Mune, a blue faun from a magical world, who adventures into the land of dreams and nightmares to stop the sun and moon vanishing forever. It's a beautiful tale of friendship and cellarage.
Suitable for ages 5/6+

This visually stunning patchwork film follows exiled artist Mustafa, who has been released form house arrest and accompanied to his boat home by his housekeeper's young daughter and a scheming shoulder. On his journey to the sea, Mustafa speaks his thoughts to the adoring locals and each poem is brought to life by a different animator. It's a visually glorious film asking big questions about the world.
Ages 7/8+

Activities for Children throughout the Barbican's Framed Film Festival 2015

Let your child explore their creative potential with these inspiring workshops throughout the November weekend:

This free, drop in event is designed to encourage kids' artistic spirits. Children are encouraged to draw pictures inspired by the films in the festival under the watchful eye of one of the Barbican's designers or, if they prefer, colour in poignant drawings already created for them by the designer.

Have you ever dreamed of flying like Superman or shooting through space like Hans Solo? The Chocolate Films Green Screen Film Studio is offering budding young filmmakers to explore the endless possibilities of the green screen, to become the hero of their own adventure. Kids will also learn to direct, shoot and edit with the help of professional filmmakers, adding music, special effects, sound effects and titles to create a truly professional scene.

Children inspired by the characters and animals in the films during the Framed Film Festival can create their own character inspired headgear. On the Saturday morning session, you can make giraffes with animator An Vrombaut (Animal Magic) or just pick your favourite animal. Drop in and free, no booking needed.

Every week at the Barbican: Framed Film Club (click here for more)

Throughout the year, the Barbican runs the Framed Film Club on a Saturday morning, giving young families the chance to come together and watch great cinema. The joy of these screenings is that they aren't just for kids! There's a range of foreign language films as well as a selection of versatile English screenings. Here are the best of what's coming up in the next few weeks:

Let's go fly a kite! It can only be Mary Poppins. This children's favourite featuring the wonderful Julie Andrews takes families through London's streets with a loveable chimney sweep, Burt and the Banks' children, Jane and Michael with their 'practically perfect' nanny, Mary Poppins This is a family classic filled with joyful songs and important cultural references for kiddies that is made all the better by being shown on the big screen.

A huge selection of animated films chosen for children aged 0-7. Carefully chosen for the littlest and most special audience, the Barbican turns away from all things blockbuster to produce a line up of some of the loveliest selection of films from around the world. Click here to read the full line-up.

Check back here for continued updates

Brought to you buy the Barbican

October Half Term What's On