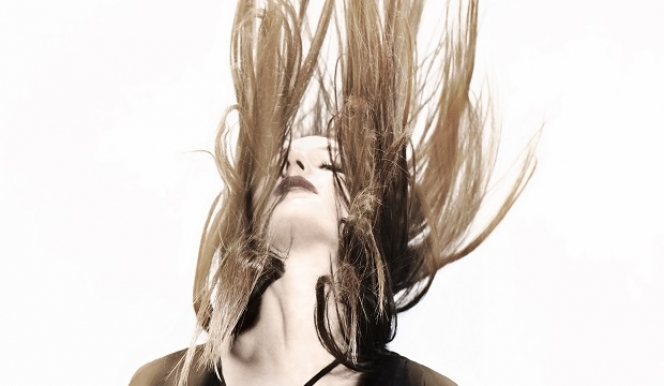 Zola Jesus Interview
Zola Jesus makes decidedly dark pop music. Imagine a 1980s chart-topper performed in some cobwebbed catacomb and you wouldn't be too far off.

Born Nika Roza Danilova, she grew up in the hinterlands of deepest Wisconsin. An early interest in opera found her taking voice coaching classes before she was even in her teens. You can still hear it in her music; in the assurance and drama of her delivery. As a teenager Nika’s palette widened; inspired by the more abrasive extremes of experimental music, she began recording under the messianic moniker.

In the past few years, her music has become much more than a cult concern. Although recorded in the secluded wilderness of Washington State, her newest album was anything but reclusive. On Taiga, Danilova drew on the pop music playbook to make something more accessible than previous work. The production is clean and the melodies powerful in the way of the best radio and club-friendly hits.

As Danilova herself relates, ‘It had to be a very extroverted record. So many of my records were about struggling with being a person in the world, to the point where I was swallowing my words because I didn’t feel comfortable with people hearing them. This record needed to be about pushing them out and trying to find confidence in some kind of shared experience.’

Recording in relative isolation, though, did leave its mark on the album. ‘Being surrounded by nature made me feel more connected to the natural wold’, Danilova says, ‘and more confused by man’s disconnection from the natural world. Man feels less and less animal every day, and it makes me feel sad that we’ve come so far from our roots.’ She chooses her words with a degree of deliberation, careful to make herself understood.

‘I think Taiga was an effort to reconcile the worlds of man and nature’, she continues, the former philosophy student in her coming to the fore. ‘For me, the brass felt like nature pushing through, and we push back using technology and I guess for me this was the beat.’ Seen from this perspective, the album stages that most enduring of struggles: the force of nature is set against humankind's controlling impulses.

Making Taiga, Danilova felt what she calls ‘a great sense of hope,’ albeit one which has diminished in the wake of its release. On stage, though, she reconnects with this confidence; ‘the songs,’ she says ‘are the things that give me hope. I only feel that hope as long as I’m performing the music.’