After the UK premiere of a new Sidi Larbi Cherkaoui: Genesis 生长, we catch up with the internationally renowned choreographer on China, morality and doctors 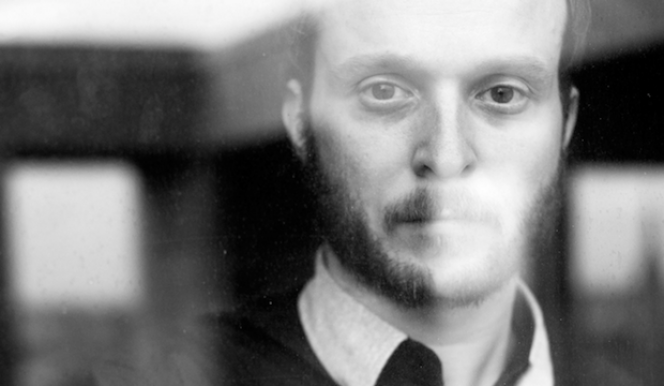 Unique in the dance world for his butterfly-like capacity to flit from style to style, the Morrocan/Belgian's collaborations have not only covered great geographical distances, but encompassed styles as seemingly foreign as argentine tango in m¡longa and kung fu with the monks of the Shaolin temple in Sutra.

As we await the UK premiere of Cherkaoui’s Genesis 生长 starring Chinese dance phenomenon Yabin Wang, he tells us about a search for morality, his visits to China and the point where dance stops hurting.

Your collaborations often grow organically out of friendships and long conversations, but Yabin Wang invited you to create Genesis having only seen your previous work. Did that have an effect on the dance?

The dance training in China is quite powerful, their bodies are able to go from very low to very high and back very swiftly; there’s a lot of strength and agility and that was very liberating to work with.

Where did the ideas for Genesis come from?

The idea of growth. For both of us, growing is ambiguous because it can be a beautiful thing to see someone grow up but it can also at times be strange and scary because you just take more and more and more space.

There is something both quite organic and attractive to some of the movements, but at the same time the light and the surroundings, the music even are really cold, like a hospital.

The image of a doctor is an archetype for me, its something I have known since I was a child and there is something very ambiguous about this character being very caring and present, but also quite voyeuristic and a little vampiric. It needs you to be sick to have its own existence.

I remember when my dad died, he died in a hospital - it wasn’t in some park or in a place of nature or at the sea, it was in a very cold impersonal place where everything was white and stark.

You clearly got a huge amount of pleasure from making Sutra - not only from your own experience but also from how much the monks got out of the experience. Where will you find such pleasure again?

At the end of the day the most pleasure I would find is to be in India doing yoga under a tree [laughs], I do know where I would find my endless bliss but that’s not the point. With art the point is to grow and to learn and to question myself. I learned a lot from working in China about my own cultural bias, and you learn a lot from the places that shake you up the most. 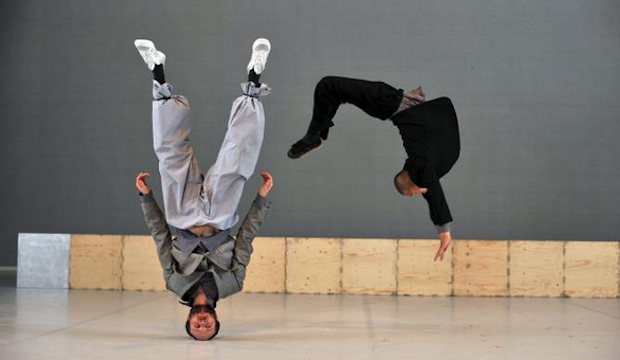 You have described your work as the search for a moral code - for you or for the audience?

The relevance of morality is clearer with something like Sutra, using the explicit philosophy of the Shaolin monks. What about something more physical, the morality of the literal movement?

We have created a society where dance is really either in the club or on stage, it isn’t really present in our day to day business. We find it endearing when a kid starts to dance in a supermarket but it's something out of the box.

Every time I see abstract dance you feel empathy, you are looking at a sacred body creating knots within itself and finding a way to liberate itself from those knots. At least as a choreographer that’s how I experience it with my dancers, I always enjoy putting them in a complex situation and seeing how they get out of it.

You do a lot of your work in the UK, what keeps bringing you back?

I like it a lot! There are so many different perspectives in London. The speed in the UK is incredible, there’s a real sense of natural urgency that fits my personality. I also like the politeness in Britain, its one of those things that I absolutely adore in any culture, in Britain, in Japan; it brings out the polite person in me, which I really like.

You headed up the National Youth Dance Theatre for a year: what did you want to bring to those young dancers?

It was about the equality between all different dance forms, I didn’t want them to think we are doing serious dance and there are other people doing other types. No, every single dance form is serious, any single time someone is really expressing themselves with their body it’s to be respected, it’s to be listened to, it’s to be understood.

I taught them that they have to give it all the energy they have in their bodies. You dance hard but it doesn’t have to hurt all the time. Eventually it shouldn’t hurt, it should feel like it’s energising, when it’s giving you more strength and more flexibility and more awareness.

You’re an Associate Artist at Sadler’s, what do you get from the backing of such an institution?

It means I have had a meaningful artistic exchange with someone like Alistair Spalding (Artistic Director of Sadler’s Wells) since we made Zero Degrees in 2005, so that’s 10 years of having someone with a very strong vision for dance in Britain and London specifically, giving me feedback about what I did while watching me grow as an artist.

You’ve said in the past you feel a sense of duty to types of music that have a limited audience, that if pop music was undervalued you would use it more. Do you feel a duty to dance?

I more relate to specific energies. I try to find energy that is undulating, I want the dancers to move in ways where the body becomes an instrument for a certain energy wave and they’re surfing on it and that you can see the wave thanks to the way they’re surfing on it.

Genesis 生长 shows at Sadler’s Wells on the 28th and 29th October 2015. Read the preview here.